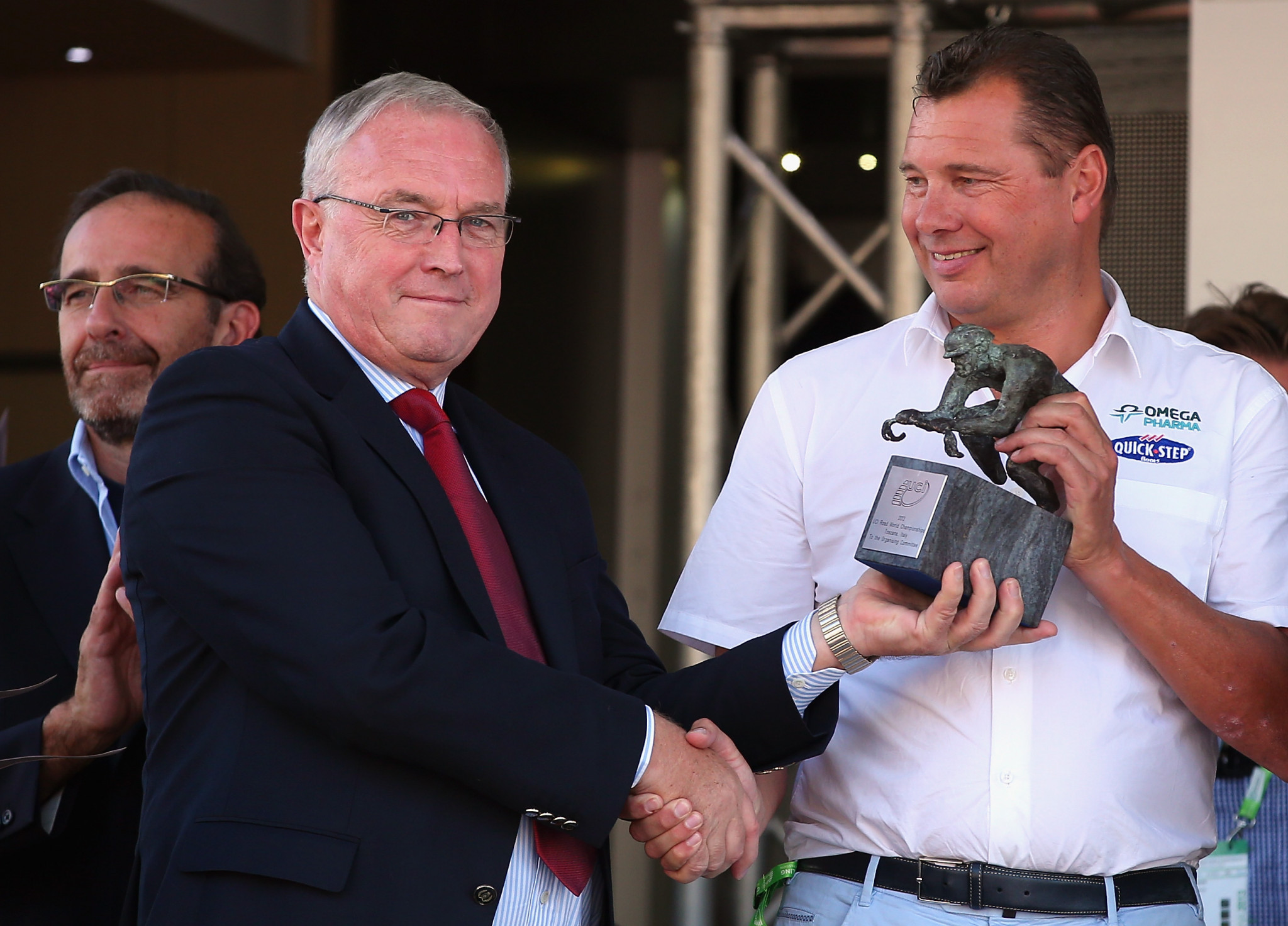 Former International Cycling Union (UCI) President Pat McQuaid has claimed his successor Brian Cookson needed to take more responsibility at the governing body, arguing that it was a key reason for the Briton’s recent election defeat.

The decision was made by 45 voting delegates at the Congress, which included nine each from Africa, the Americas and Asia, three from Oceania and 15 from Europe.

Lappartinent had argued his success had partly been due to National Federations expecting greater support from the previous leadership over the past four years.

It had also been claimed that officials in the governing body had believed Cookson to have delegated responsibilities to the organisation’s director general Martin Gibbs.

McQuaid, defeated by Cookson following a bitter election back in 2013, claimed his former rival should have taken greater responsibility.

"He was told several times by management committee members that they were not happy with that situation and that he needed to change it, and to take more of the responsibility himself, but he refused to do that and that’s where it went wrong," McQuaid told VeloNews.

"He had five Cconfederation Presidents on his Management Committee for the last four years and they all had a big influence on the vote.

"They had warned him to get more involved in the Presidency, he didn’t do that."

Cookson had claimed before the election that McQuaid had been actively campaigning for Lappartient to win the election.

It was suggested Lappartient had offered the Irishman a position within the governing body, with the possibility of him becoming the UCI's Honorary President.

Lappartient rejected these suggestions, stating that McQuaid would not be returning to the UCI in any capacity but would be free to attend races.

Di Rocco has expressed his view that Lappartient will listen more to the Management Committee in his post.

"Brian’s a serious person but he made a mistake in selecting his staff," he told VeloNews.

"David communicates much more, he’s always available to listen and that’s something that Brian pretended to do.

"For sure [Lappartient] will give more weight to the sporting aspects, Brian excessively focused on the business.

"For instance, the worlds in Doha [in 2016] gave more money to cycling but worsened the image of cycling.”

The 2016 Road World Championships were awarded under the Presidency of McQuaid to the Qatari capital.

The first edition of the event awarded under Cookson’s tenure was last month’s Championships in the Norwegian city Bergen, which have received widespread praise.

Di Rocco had previously accused Cookson of acted unconstitutionally over his handling of the Astana Pro Team's World Tour Licence in 2015, a claim denied by the Briton.

The Italian has been named as one of the UCI’s three vice-presidents, with Egypt’s Mohamed Wagih Azzam and José Manuel Pelaez of Cuba also holding the roles.

Azzam previously served as a vice-president under Cookson, while Di Rocco and Pelaez have replaced Lappartient and Australia’s Tracey Gaudry.