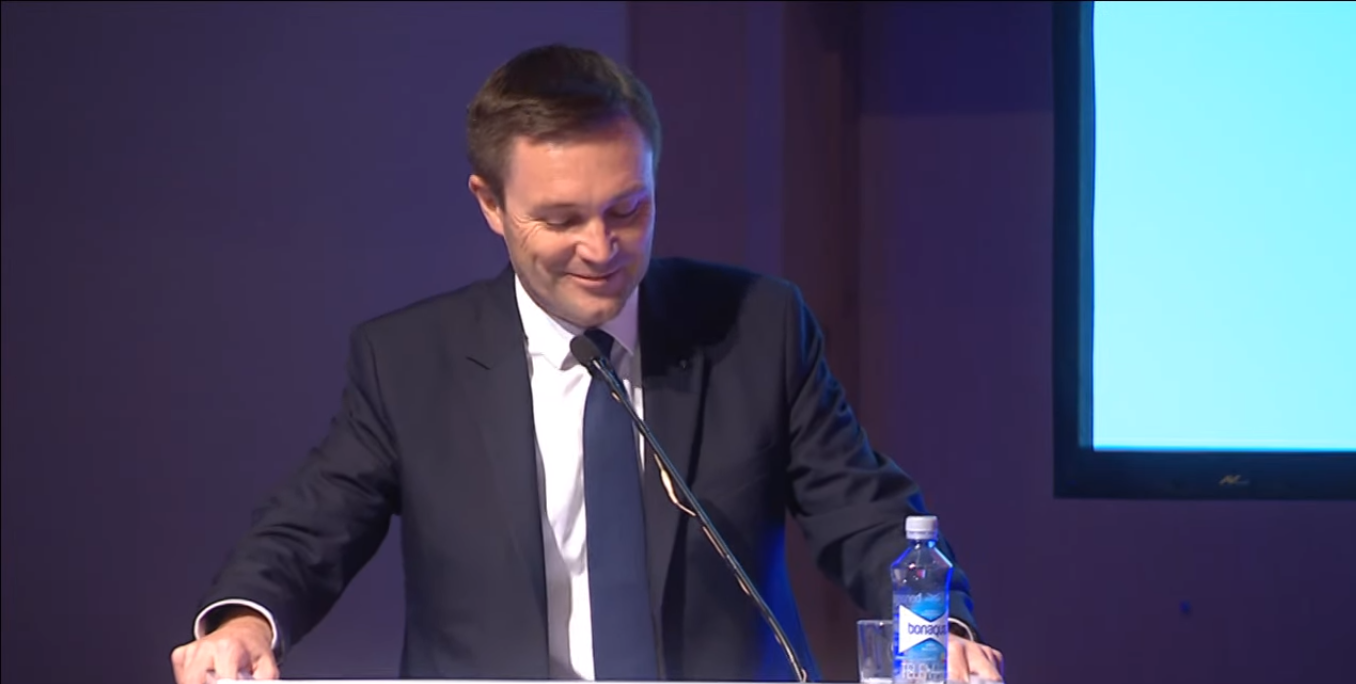 David Lappartient has been named International Cycling Union (UCI) President after the Frenchman unseated Britain's Brian Cookson with a decisive election victory at the governing body's Congress in Bergen.

Lappartient won by a landslide, achieving a total of 37 votes to his rival's eight.

The result makes Cookson the first UCI President to serve only one term in office.

The decision was made by 45 voting delegates at the Congress here, which is coinciding with the UCI Road World Championships.

The voters included nine delegates each from Africa, the Americas and Asia, with three more from Oceania.

Europe had the largest bloc with 15 delegates.

The Frenchman has served as the European Cycling Union (UEC) President since 2013, as well as being a UCI vice-president.

"I am deeply honoured to give my first Presidential speech to you today," Lappartinent said.

"I am very grateful for your support.

"I wish to thank you from the bottom of my heart.

"It is a great responsibility and over the next four years of my Presidency I want to prove myself worthy of such trust and deliver my commitments to you.

"I am delighted to see that my electors have come from all continents and that the projects I have offered you, offer greater hope for the future."

In his speech to the Congress prior to the election, Lappartient vowed to bring "real vision and leadership" to the UCI and put the governing body at the service of national federations.

He argued the voice of the UCI Management Committee had not been listened to over the past four years, while he vowed to increase the transparency of the UCI, boost the governing body's solidarity efforts and put the UCI at the service of national federations.

Lappartient praised his rival Cookson, who had been seeking to secure a second term as President.

"I imagine his disappointment because I know his interest in our sport," Lappartinent said.

"He will always be welcome at the UCI events."

Lappartient had campaigned under the slogan "Our Passion", with the Frenchman highlighting his credentials by referencing his two terms at the French Cycling Federation and as President of the UEC.

He spoke strongly about the threat of technological fraud during his campaign, while he has pledged to ban corticosteroids and tramadol.

Mandatory medical monitoring, independent of teams, and the appointment of a full-time medical director to the UCI have also been among Lappartient's pledges.

In his final speech to the voting delegates, Cookson had vowed to double the UCI's investment in women's cycling and increase funding to continental federations.

He also pledged to establish more satellite centres worldwide and create a programme to distribute more bikes to communities around the world.

Cookson himself unseated a President, Ireland's Pat McQuaid, in 2013.

.@DLappartient is the new President of the Union Cycliste Internationale (UCI). Congratulations! pic.twitter.com/uina4pjgtz

Lappartient will inherit a similar Management Committee to Cookson, with five of the seven European representatives re-elected.

Mohammed Belmahi of Morocco was re-elected as the African delegate, with Lucas Georges of Seychelles missing out on the post.

Tony Mitchell of New Zealand beat Australia's Leeanne Grantham to the Oceanian place on the Committee.