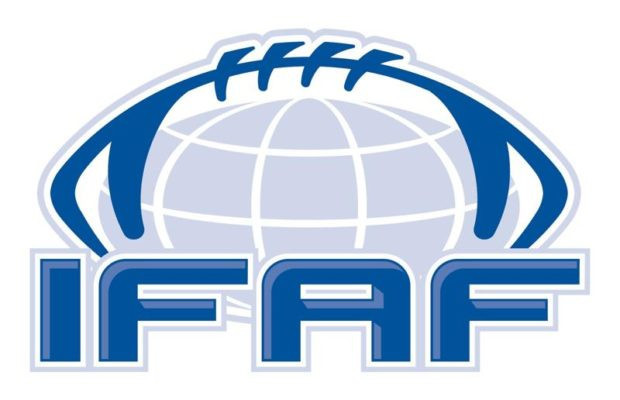 A partial decision by the Court of Arbitration for Sport (CAS) has ruled that Tommy Wiking should cease and desist from acting as and referring to himself as President of the International Federation of American Football (IFAF) after deciding he did resign from the position in February 2015.

In September of last year, members of the IFAF Congress staged in New York City unanimously voted to continue with an attempt to resolve the governance issues which have forced a schism within the organisation at the CAS.

At the meeting in the American city, held at the same time as a rival group held their own Congress in Paris, Canadian Richard MacLean was elected to replace Finland’s Roope Noronen as President.

Wiking was reappointed as President of the other organisation in the French capital and was recognised as the legitimate head by the International Olympic Committee and SportAccord, the umbrella organisation for Olympic and non-Olympic sports now known as the Global Association of International Sports Federations.

The rival group, though, were still laying claim to being the official IFAF.

It was believed CAS was likely to have the final say over who is the real leader of the governing body, in turmoil since a dispute at the 2015 IFAF Congress in Canton in Ohio in the United States.

Wiking reportedly offered his resignation as President in February 2015 following the collapse of the World Championships in his native Sweden but then changed his position, though he denies this.

IFAF senior vice-president Mac Kaneuji served as the organisation’s acting head until Noronen was elected President in Canton, where Wiking reportedly led a walkout after he was unable to chair the meeting.

American Football International has now obtained a copy of a partial decision by CAS and claimed its ruling "contradicts the main assertion of IFAF Paris that their elected president, Tommy Wiking never resigned in 2015".

The decision from the Tribunal, which had heard arguments from both sides last month, declared Wiking did resign as President of IFAF on February 3 in 2015, with effect on April 30 that year and that it was accepted by the IFAF.

"Any and all actions by Tommy Wiking, either as IFAF President, or more generally on behalf of IFAF after April 30, 2015 are null and void," the decision from CAS said.

"Tommy Wiking shall cease and desist from acting as and referring to himself as the President of IFAF.

"All other decisions, including any decision as to costs, are reserved."

Decisions made by IFAF Paris and signed off by Wiking included the withdrawal of its recognition of USA Football as the national governing body of the sport in their country due to "multiple, continuous and ongoing violations" of the organisations's anti-doping code.

Others were the establishment of IFAF Europe as a Continental Association and the passing of significant statute changes.

It would seem these are now invalid, but the CAS ruling does not decide on the identity of the true IFAF President.

A complete ruling as to which faction is the official IFAF is due to be handed down later this year.

In reaction to the partial ruling, MacLean sent a letter to Member Federations around the world requesting, among other things, that they submit documentation for "reinstatement" into IFAF.

"For those countries that  wish  to  pursue  rein statement  or  IFAF  membership,  we  welcome  your input  on needed revisions," a letter said.

IFAF Paris secretary general Zorica Hofman responded with a statement, pointing out that CAS has not ruled on the validity of the elections of Noronen in 2015 and MacLean in 2016.

The statement goes onto suggest that the best solution for all involved is to await the final decision by CAS.

"For the record, Mr Wiking and his lawyers strongly believe that this decision is manifestly wrong, and they will decide on a potential appeal against the award as soon as the grounds have been issued," the letter from Hofman said.

"Both elections have been challenged in the CAS proceeding, and for reasons that have nothing to do with the question whether or not Mr Wiking resigned as IFAF President in 2015.

"As one example of many, the invitation to the meeting in New York in September 2016, in which Mr MacLean was allegedly elected IFAF President, came almost two months after the deadline foreseen in the IFAF statutes.

"This uncontested breach of the IFAF statutes left the National Federations with almost no time to submit proposals and nominations within the deadline provided in the IFAF statutes, thus severely impairing their membership rights."