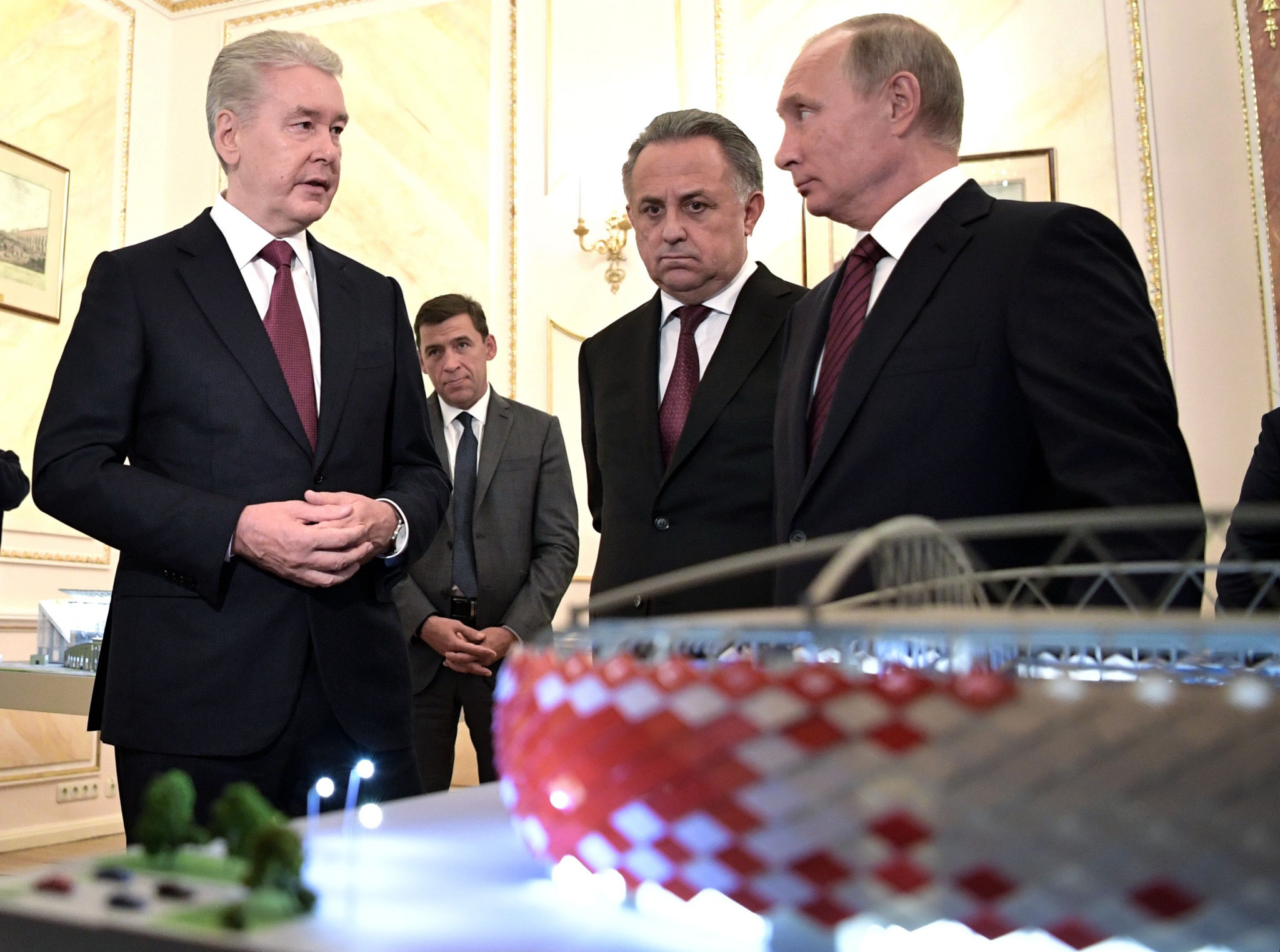 Russian President Vladimir Putin has said that some construction work on the venues for the 2018 FIFA World Cup in the country remains behind schedule, but he insists the delays are not yet "critical".

Next year’s edition of football’s quadrennial international tournament is due to take place from June 14 to July 15, using 12 venues spread across 11 cities.

Speaking at a meeting with Regional Governors, senior sports officials and prominent athletes to discuss preparations, Putin stated that while work was "entirely satisfactory" overall, "there are nevertheless some delays".

"These delays are not critical, there is nothing terrible there, but as I have always said...it is the most difficult thing to resolve tasks at a final stage," he was reported as saying by Reuters.

"If we relax, we will not fully accomplish the work."

Russian Sports Minister Pavel Kolobkov claimed preparations to stage the 2018 World Cup were in full swing but they had not been without problems and setbacks.

Kolobkov said the 45,000-capacity Samara Arena, which will host several games, remains behind schedule and that the company building the venue had been fined.

"There are some delays at different stages of construction at the stadium in Samara," he was reported as saying by Reuters.

"A timetable for making up for the delays and [a system] for the daily monitoring of the venue’s completion have been established."

The contractor of the venue announced in August that the stadium had fallen 30 days behind its construction schedule.

Sergei Ponomaryov, the deputy head of general contractor PSO Kazan, insisted, however, that major construction work would be complete by the agreed deadline of later this year.

In June, Russia showcased four venues as it hosted the Confederations Cup in a dress rehearsal for the World Cup.

Most of the other venues, however, are still under construction and have yet to be tested.

In an attempt to make stadiums safer, Russia will issue special identity cards.

The country has also relaxed visa regulations for travelling fans.

Alexey Sorokin, the chief executive of the Russia 2018 Organising Committee, claimed at the meeting that FIFA has spoken highly of preparations for the World Cup.

"Inspection visits [to the host cities] are held regularly together with FIFA experts," he was reported as saying by Russian news agency TASS.

"The sixth, last but one visit, is being held now.

Sorokin added: "To date, FIFA, as a whole, has had a favourable view of the degree of the host cities’ readiness for the tournament."

A stand has bizarrely been added outside the Yekaterinburg Arena, which, with a capacity of 27,000, was deemed too small to meet FIFA standards.

Rather than constructing a new stadium, a new stand was added outside the venue on massive scaffolding, to increase the capacity to 45,000.

The stand is only temporary and will be removed after the World Cup.

Nice view from the new stadium in Ekaterinburg that will host the WC next summer. ??‍♂️ pic.twitter.com/kdBZ0mHD45

The venue in Volgograd was evaluated yesterday, while that in Kaliningrad is being visited by FIFA experts today.

The official ball of the 2018 World Cup is due to be unveiled prior to the final's draw, which is scheduled to be held in the Kremlin in Moscow on December 1.

Sorokin said around 1.3 million ticket applications have been received for the event thus far with Argentina, Brazil, Mexico and the United States described as the "most active" foreigners.

"They account for about 175,000 applications," he was reported as saying by TASS.

Work is also said to be in progress to increase the number of category four tickets, the most affordable ones, reserved exclusively for Russians.

"We continue to work with FIFA to expand the fourth category," he said.

"The corresponding letters have already been forwarded to FIFA’s top officials on behalf of the chairman of the Organising Committee [Vitaly Mutko]."