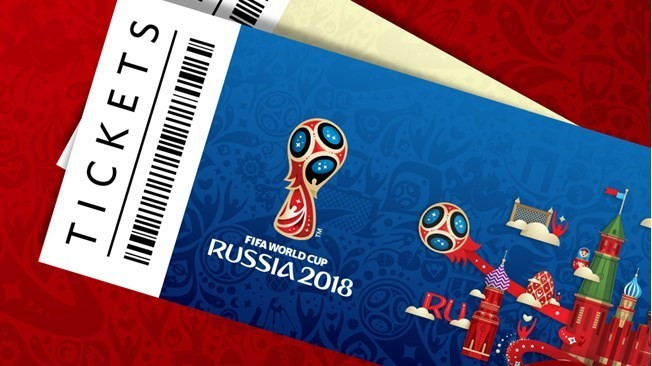 Fans can submit their applications via the FIFA ticketing website with tickets to be sold in two phases.

All applications made in the first phase, which closes on October 12, will enter a random selection draw if there is too much demand for the number of tickets.

The first phase of sales then opens from November 16 to 28, where tickets will be allocated first-come, first-served.

Another phase will begin on December 5 after the group-stage draw is made.

A final sales period will then take place from April 18 to July 15, the day of the World Cup final.

"We have put in place a ticketing system that will enable all fans a fair chance to secure tickets," said FIFA secretary general Fatma Samoura.

"Throughout history, fans have made a key contribution to the fascination of the FIFA World Cup.

"Russia promises to be a unique continuation of this history, with outstanding organisation and a great atmosphere in the stadiums."

Prices then continue to increase as the tournament moves through the knock-out rounds, with the cheapest tickets for the round-of-16 matches priced at £87 ($115/€97).

Brazil, Iran, Japan, Mexico, Belgium, South Korea and Saudi Arabia have so far secured their spots at the tournament alongside hosts Russia.

The matches will be held between June 14 and July 15 at 12 stadiums, with two in Moscow.

The final will be held at Moscow's Luzhniki Stadium.

According to The Brussels Times, The FA had expressed concern to FIFA that hackers could leak confidential information such as tactics or performance data.

It is claimed The FA will ban players and staff from using the wi-fi connection at Russian hotels and will set up its own network.