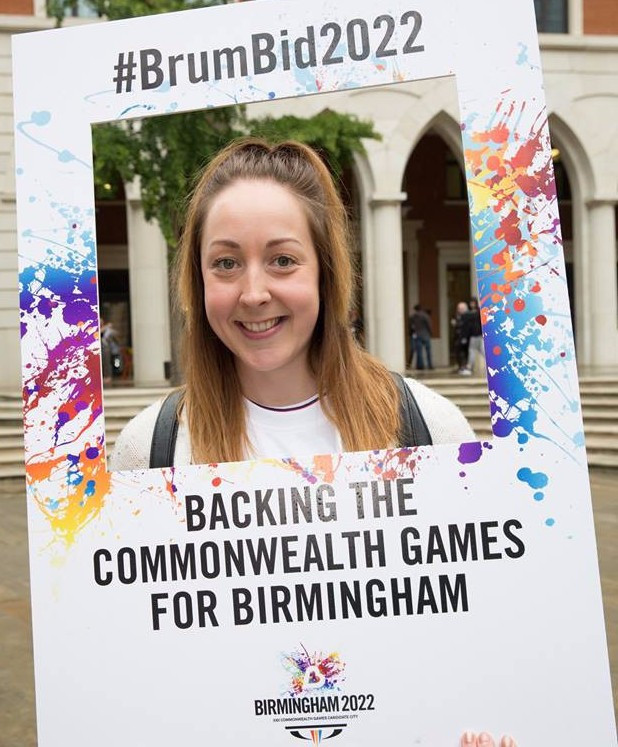 A bid from Birmingham for the 2022 Commonwealth Games was today officially confirmed by the United Kingdom Government.

Confirmation of the bid comes just a day before the official deadline set by the Commonwealth Games Federation (CGF) for countries to submit their applications to replace Durban, the South African city stripped of the event in March after failing to meet a series of financial deadlines.

The Department for Digital, Culture, Media and Sport (DCMS) had picked Birmingham earlier this month as its preferred candidate, choosing it ahead of its only rival Liverpool.

But backing it as an official candidate rested on Birmingham putting forward a compelling business case which showed "clear value for taxpayers' money" to receive Government funding.

Should Birmingham be awarded the Games, which it is expected to be, then a full budget will be presented to Parliament as the Government will provide most of the funding, expected to be up to £750 million ($1 billion/€850 million).

Birmingham City Council will provide 25 per cent of the total cost of staging the Games.

The budget will include staging, the cost of constructing and upgrading facilities, security and a "prudent" contingency.

The DCMS would manage the financing of the Games and will "bear down heavily on costs to ensure value for public expenditure", they have promised.

It's official: Birmingham is to be the UK’s official candidate city for the 2022 Commonwealth Games: https://t.co/fZOZhz0IAo #BrumBid2022 pic.twitter.com/YXy2zokdNI

"The Commonwealth Games in Birmingham would be brilliant," Secretary of State for Digital, Culture, Media and Sport Karen Bradley said.

"It would showcase the best of Britain to the world and make the entire country proud.

"Not only would it help grow the economy in the West Midlands and beyond, it would also leave a strong sports legacy, by upgrading facilities to benefit both elite athletes and the local community.

"The UK has fantastic expertise in staging major sporting events and it would be a privilege to welcome athletes and supporters from across the Commonwealth to Birmingham and the West Midlands in 2022."

Several cities expressed initial interest in replacing Durban but it is expected that by the time the deadline for nominations closes tomorrow, Birmingham will be the only confirmed bidder.

Victoria, hosts of the 1994 Commonwealth Games, have failed to gain the backing of the British Columbia Provincial or Canadian Federal Government but a group of prominent businessmen there are trying to continue to keep the campaign alive.

Kuala Lumpur, who followed Victoria as hosts in 1998, had also investigated the possibility of bidding but the Government have decided not to proceed.

They, however, may bid for the 2026 Commonwealth Games.

Several Australian cities had also hoped to bid but will only be put forward if there is no alternative as the Gold Coast is already staging next year's Commonwealth Games.

The situation regarding the bids for the 2022 Commonwealth Games is set to be top of the agenda when the CGF Executive Board is due to meet in Sri Lanka's capital Colombo next week.

It seems that, if Birmingham are the only candidates, then negotiations will be held with officials from the UK Government, Birmingham City Council and Commonwealth Games England before an official announcement is made in November.

"Over the past few months, a CGF Review Team has been working with countries from across the Commonwealth to evaluate and advise on their potential hosting plans and Games delivery solutions," David Grevemberg, chief executive of the CGF, told insidethegames.

"There have been a range of conversations with a number of CGAs (Commonwealth Games Associations), cities and Governments who have mobilised to consider the opportunity of the 2022 Commonwealth Games, taking into account the special circumstances which the CGF is managing regarding this hosting decision.

"There are continuing discussions with potential hosts in England, Canada, Malaysia and Australia.

"At its Board Meeting in Sri Lanka on 5 and 6 October, the CGF Executive Board will receive an update on the current status of the 2022 selection process.

"We anticipate that the collaborations will continue thereafter and a final decision on the host city for the 2022 Commonwealth Games is expected by the end of the year."

Some doubts have been raised about the ability of Birmingham City Council to meet its share of the costs.

Refuse workers in the UK’s second biggest city have been on strike since June 30 over the Council's plans to restructure refuse services, saving £5 million ($7 million/€5.5 million) after they ran £11.9 million ($16 million/€13 million) over budget last year.

But the UK Government have received reassurances that Birmingham will be able to meet its commitments.

"We have worked closely with the DCMS and the Treasury to create a compelling, compliant and value for money bid for Birmingham to host the 2022 Commonwealth Games," Ian Ward, the Interim Leader of Birmingham City Council and head of Birmingham 2022, said.

"The support of the UK Government is a great endorsement of our bid and we are excited about finalising our submission and edging closer to the opportunity to bring the Games to Birmingham.

"The support we have received from a range of public and private sector partners and from across the wider West Midlands region and beyond has been incredible and we thank everyone for backing Brum’s bid to get us this far."