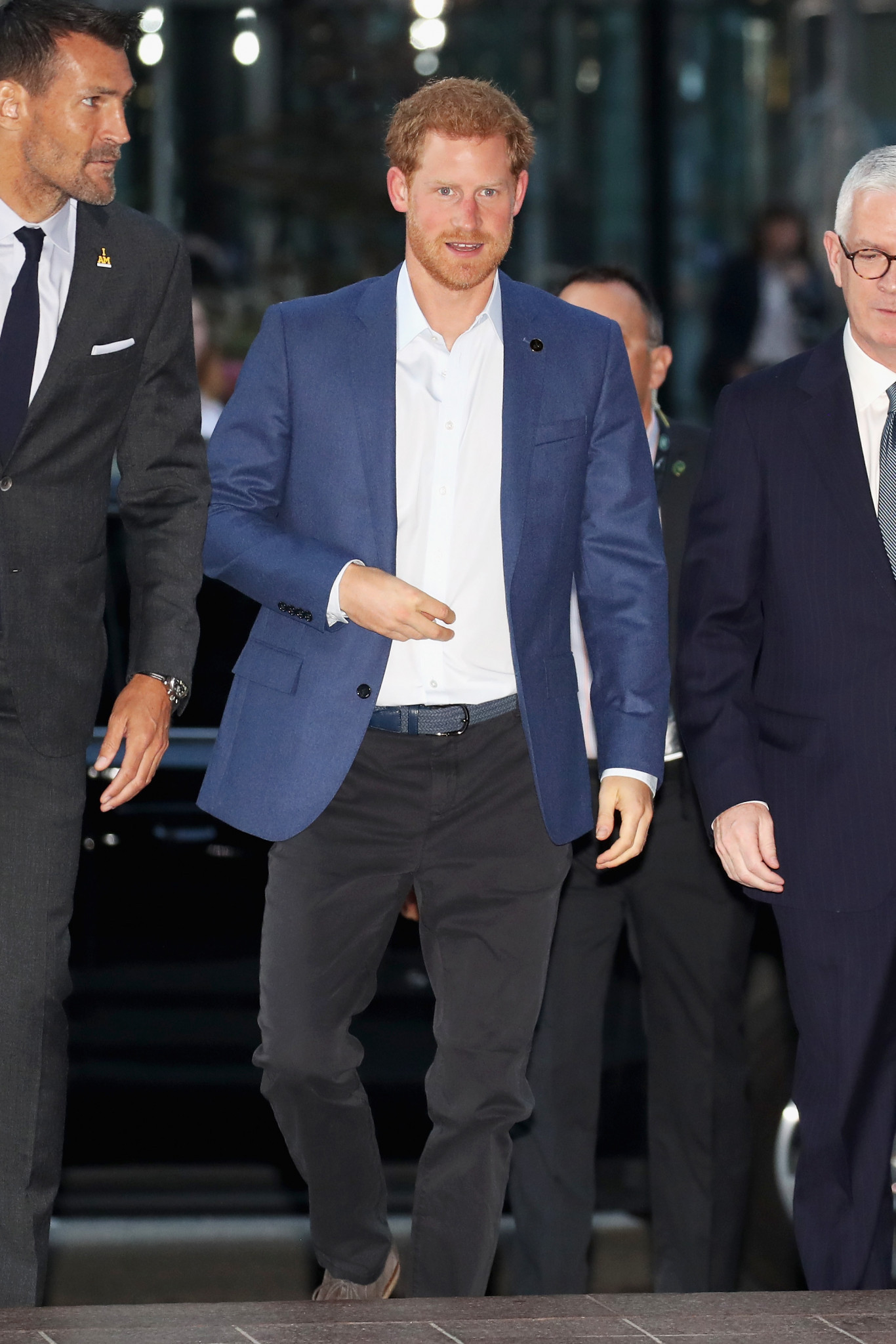 The third Invictus Games - for war veterans left with serious injuries or mental health problems - gets underway in Toronto tomorrow with the event's founder, Prince Harry, due to be in attendance all week.

The Prince made his first official appearance in the Canadian city today.

These Games - which follow successful editions in Orlando, Florida and in London - will involve nations including Canada, the United States, France, Ukraine, Britain, Denmark, Afghanistan and Iraq, with a total of 550 veterans of conflicts in Afghanistan and Iraq due to take part.

They will compete in 12 sports over the next week - from September 23 to 30 - including swimming, athletics, wheelchair rugby and, for the first time this year, golf.

The 33-year-old Prince, who founded the Games in 2014, is patron of the Invictus Games Foundation that manages the event and was in Sydney earlier this year to launch the 2018 Games.

His first appearance involved an early morning visit to Scotia Plaza in downtown Toronto to attend the True Patriot Love Symposium, an annual meeting that brings together representatives from non-profit foundations, business and Government to discuss how best to help military veterans and their families.

Afterwards he was due to be at the Pan Am Sports Centre to witness training sessions taking place before the Games.

He will later attend the Opening Ceremony at the Air Canada Center, where he will be joined by Trump and Trudeau to watch a show that features Alessia Cara, Sarah McLachlan and The Tenors taking to the stage, as well as a parade of nations and an official flag-raising ceremony.

Prince Harry's 36-year-old girlfriend Meghan Markle, the US actress who appears in the legal drama TV series Suits, is also believed to be in Toronto and is expected to attend the Games at some point in an official or unofficial capacity.