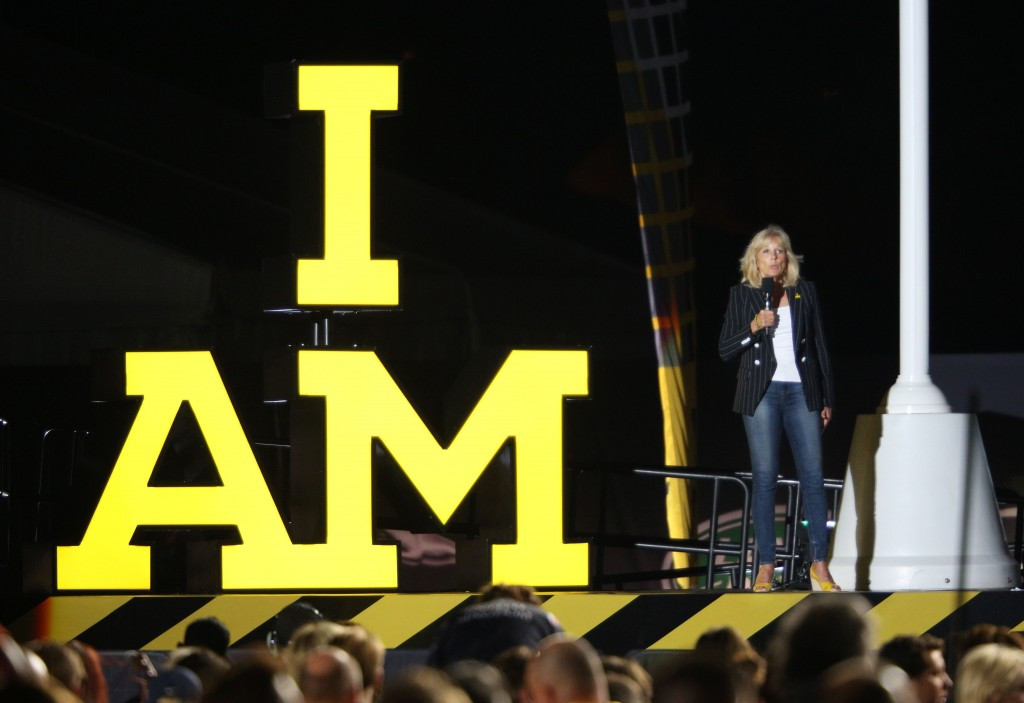 United States' Second Lady Jill Biden told 500 servicemen and women that they have the "world behind you and are not alone" as the curtain was brought down on the Invictus Games at the Closing Ceremony in Orlando.

Biden, wife of US vice-president Joe Biden, took to the stage to discuss her efforts to raise awareness about the sacrifices made by military families and to encourage 2016 competitors to never lose their Invictus spirit.

She was followed by Games founder Prince Harry, who took to the stage to rapturous applause following the passing of the Invictus Games flag to next year's hosts, Toronto.

The event is for wounded members of the armed forces and is now in its second edition.

“The competition has been fierce with performances of the highest international standard across a number of events,” said Prince Harry.

“But what inspired me, was the courage to make it to the starting line, to take to the field or to dive into that pool, motivated by the goal of giving your all - medal or no medal.

"You showed your families, your friends and yourselves, just how far you’ve come, regardless of the result.”

It came in a musically themed ceremony consisting of performances from the likes of Jordan Smith, a winner on hit show The Voice, artists Rascal Flatts and Flo Rida and wounded warrior band, Vetted.

This followed a final day of competition highlighted by a thumping 48-16 wheelchair basketball victory for United States over Britain in their gold medal match at Disney World's HP Field House.

Britain did gain some glory, however, with a victory over New Zealand in the wheelchair tennis final by a 6-1 margin at ESPN’s Wide World of Sports Tennis Complex.

The Netherlands thrashed the US 6-0 for bronze.