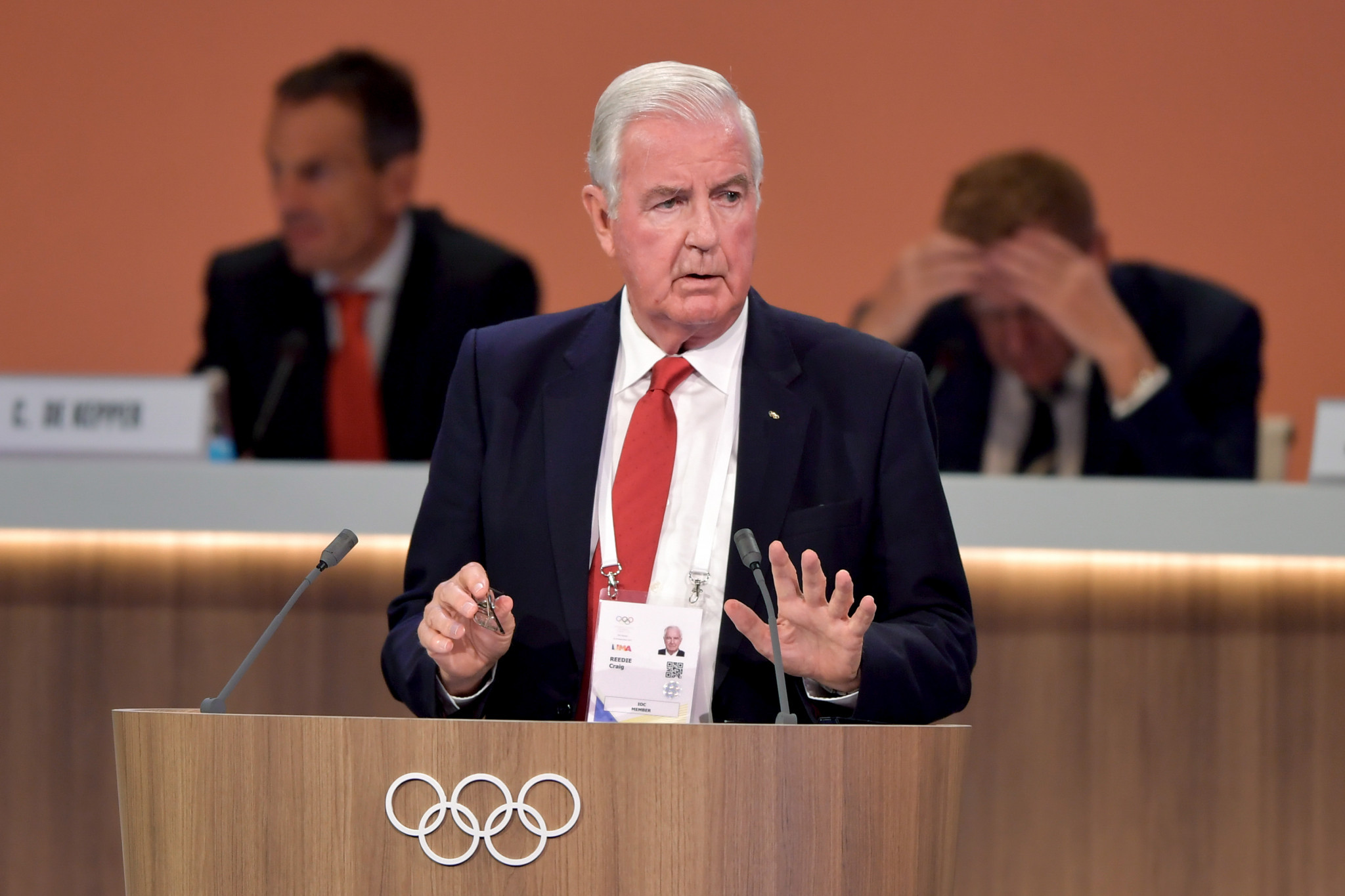 Public authority representatives within the World Anti-Doping Agency (WADA) are set to make their opposition to Sir Craig Reedie’s criticism of the National Anti-Doping Organisations (NADOs) clear after he opposed their calls for Russia to be banned from Pyeongchang 2018 during the body's Executive Committee meeting in Paris this weekend.

insidethegames understands from a number of sources that considerable concerns will be raised during the meeting in the French capital tomorrow regarding the manner in which the demand from the NADOs last week was dismissed by the WADA President and director general Olivier Niggli.

In his report to the International Olympic Committee (IOC) at the Session in Lima, Sir Craig claimed the NADOs  were "unhelpful" for calling for a blanket ban on Russian athletes at the Winter Olympic Games.

He then promised to discuss the issue at the meeting in Paris.

The group of 17 NADOs, including the United States and Britain, were also criticised by several IOC members at the Session.

Since then, however, the number of NADOs supporting the view that the entire Russian team should be excluded from Pyeongchang 2018 has grown to 28.

Linda Helleland, the Norwegian Minister of Culture and the WADA vice-president, told insidethegames she had written an email to Sir Craig following his comments at the Session in Lima.

The Norwegian declined to reveal the exact content of the email but said she would raise it at the Executive Committee meeting.

She stopped short of supporting the NADOs' stance but her response is likely to be critical of the comments of the WADA President and Niggli.

Helleland, who will chair a meeting of the public authority representatives tomorrow, stressed that WADA should listen to all of its stakeholders after the NADOs' stance was condemned by the organisation and the IOC.

When asked for reaction to the NADOs' statement, she told insidethegames: "WADA depends on our stakeholders.

"We should listen carefully when they express concerns about the process and our position.

"I have spoken to different Government representatives and based on this I will state my view at the ExCo meeting."

Helleland, who has been in her current role in the Norwegian Government since 2015 and was elected WADA vice-president in November of last year, also warned the public authorities demand a “fair and democratic process” when it comes to anti-doping issues.

The public authorities group forms part of a "One Voice" initiative spearheaded by Helleland.

It was unveiled at the Foundation Board meeting in Montreal in May and further details on the ad-hoc working group are expected to be presented at the next gathering of WADA’s ruling body in Seoul in November.

Full implementation is expected by January 2018, according to Helleland.

Those behind the idea claim it will help increase the collaboration between Governments, Ministers and advisers and WADA.

"It’s important for WADA to recognise IOC and the public authorities as equal stakeholders," she said.

"The public authorities will certainly do everything they can to contribute in a constructive and dedicated way for a strong, dynamic and efficient WADA for the future – protecting the clean athletes and fair play.

"That’s why we meet to discuss how the effectiveness of the public authorities in WADA can be improved.

"That’s why I made this 'One Voice' initiative.

"'One Voice' wants to create a new mechanism to ensure that Governments have a well-functioning platform for permanent exchange of views and development of informed positions on emerging anti-doping issues.

"Anti-doping issues start making headlines too often and public authorities need to be in a position to quickly develop well-articulated responses and initiatives as well as to be able to present and promote.

The move represents a division within the top brass of WADA amid uncertainty over the extent of Russian participation at next year's Winter Olympic Games in Pyeongchang,

Russia’s chances of escaping a blanket ban from the Games in the South Korean resort, due to run from February 9 to 25, grew increasingly likely during the Session.

Sir Craig was among those to attack the NADOs for their statement, claiming they were "looking backwards rather than forwards".

In a rare show of unity between two organisations involved in a public feud prior to last year’s Olympic Games in Rio de Janeiro following the publication of the first McLaren Report, the IOC members backed the criticism of the NADOs from WADA.

The IOC had earlier fuelled suggestions that Russia will avoid a complete ban from Pyeongchang 2018 when they amended the Olympic Charter to include a statute which allows them to fine athletes and teams for doping and competition manipulation.

They have since claimed the amendment was not introduced because of the Russian doping scandal.