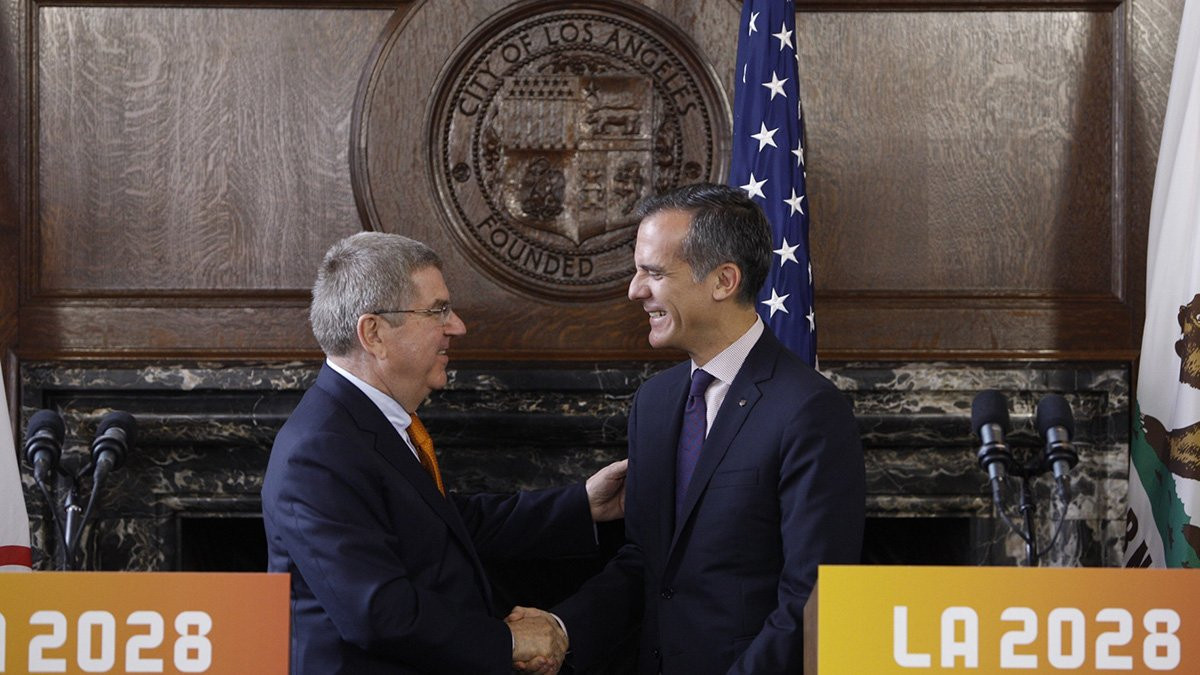 Thomas Bach has finished a two-day visit to Los Angeles to help them celebrate being awarded the 2028 Olympic and Paralympic Games.

There, before the match started, he lit the Olympic cauldron with Rafer Johnson.

Johnson, a double Olympic decathlon medallist, including the gold at Rome 1960, had lit the Olympic flame at the Opening Ceremony of Los Angeles 1984.

Also present for the occasion were the United States' three IOC members.

To complete the Olympic-themed afternoon three-time softball gold medallist Lisa Fernandez was joined by former boxer Paul Gonzales, winner of the light flyweight gold medal at Los Angeles 1984, and Alma Rodriguez, a wheelchair basketball player who has represented the US in the Paralympics.

The Coliseum will be the site of track and field for the 2028 Olympics and portions of the Opening and Closing Ceremonies making it the first stadium in history to have hosted the Olympic Games three times.

The Emmy Awards were held at the Microsoft Theater, the proposed venue for weightlifting for the Olympics.

Bach had flown directly to Los Angeles from Lima, where the Californian city had last Wednesday (September 13) been given the Olympics in an historic joint award with French capital Paris.

He is due to fly to New York City today to attend the 72nd United Nations General Assembly.

There he is due to hold talks with South Korean President Moon Jae-in to discuss preparations for next year's Winter Olympic and Paralympic Games in Pyeongchang.