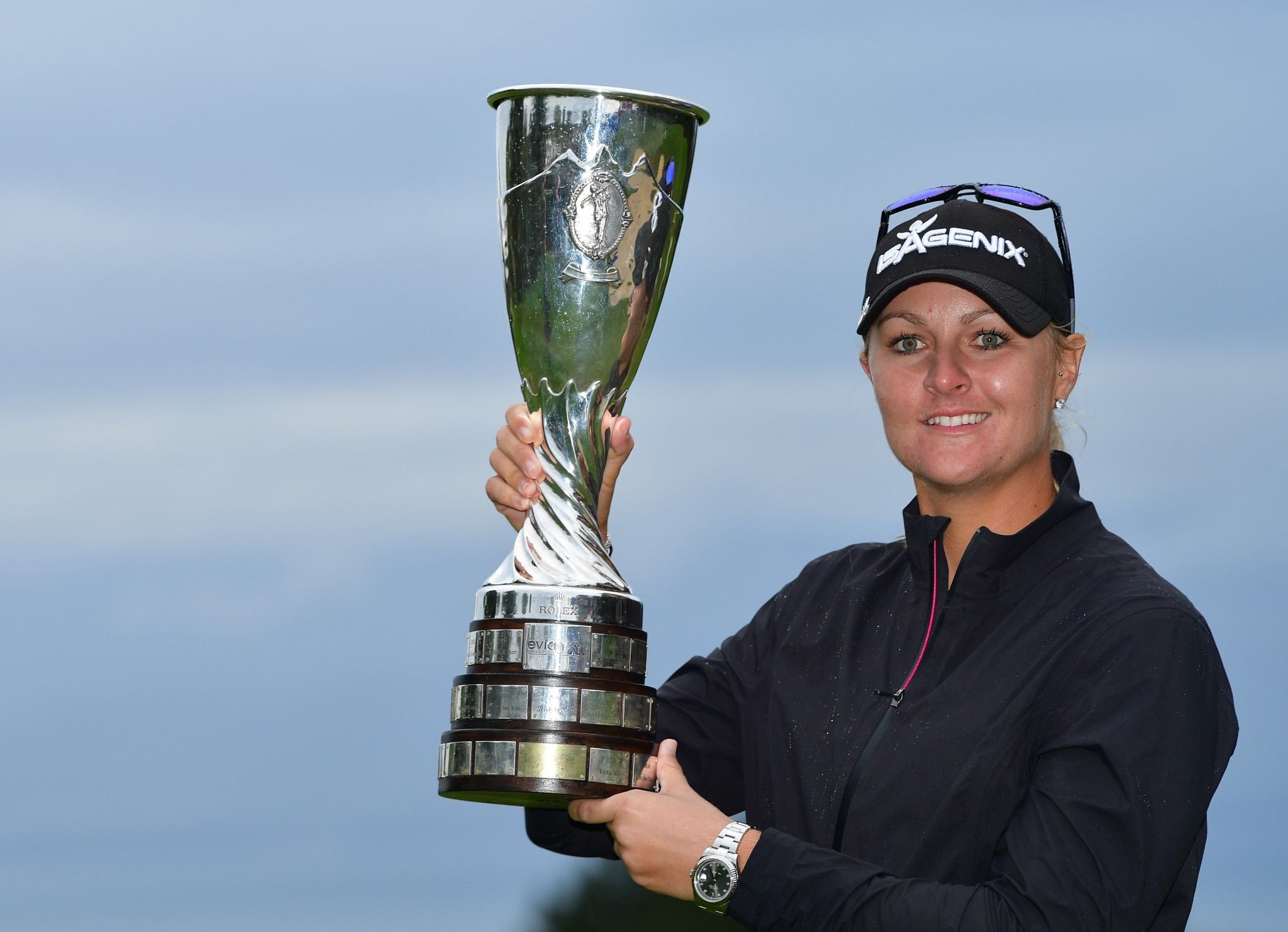 Sweden's Anna Nordqvist won the Evian Championship title today in a play-off that took place in the kind of torrential rain that had caused the original first round to be abandoned and replayed in a tournament reduced to 54 holes.

The 30-year-old world No.13, who began the day five strokes behind the overnight leader, Thailand’s Moriya Jutanugarn, produced two eagles in a six-under par charge of 66 to become the leader in the clubhouse, and was eventually joined at the top by Brittany Altomare of the United States.

After puddles on the 18th green had been temporarily cleared by the greenkeepers for the sudden-death play-off, both players were off the green in three shots at the par four.

But Nordqvist was much closer with her chip and she holed from four feet to record her second major title, following her Ladies Professional Golf Association Championship eighty years ago, doubling over and holding her head in emotion after securing the fifth and final major of this season's LPGA European Tour.

Jutanugarn, whose 21-year-old sister Ariya won last year's British Open, was one shot ahead going into the final round and hoping to make LPGA Tour history by making them the first sisters to win a major.

But the 23-year-old drove out of bounds at the 13th and then dropped a shot at the final hole in a level-par round of 72 to finish one behind the leaders.

In the end the LPGA history was made by Nordqvist – who has suffered with glandular fever for three months of the summer – as she became the first European female golfer to win a major since 2009.

“I love competing and practising, and staying in bed hasn't been the most exciting,” said Nordqvist.

“My grandpa was always my biggest role model - he always used to tell me to never give up, and that's what I never did today.

“I just felt like I wanted to go out there today and focus on what I could do.

“Winning didn't really cross my mind until I was having a great couple birdies and eagles there down the stretch.”

Altomare, who had earned her place in the final with a long putt to save par on the 18th thinking it was for second place rather than to tie for first, commented on the conditions – “Crazy there’s no other way to describe it.”

Lydia Ko, the 2015 Evian Champion, produced a charge that almost matched that of the winner having begun the day three strokes off the lead.

After a birdie at the 14th and a chip in for eagle at the 15th, she found herself tied at the top at nine-under par with Nordqvist, Altomare and Jutanugarn.

But then the 20-year-old Korean born New Zealander missed a short putt for par at the 18th hole to finish one-stroke outside the play-off.

World No1 Ryu So-yeon of South Korea tied for 40th after a 70 on the final day.