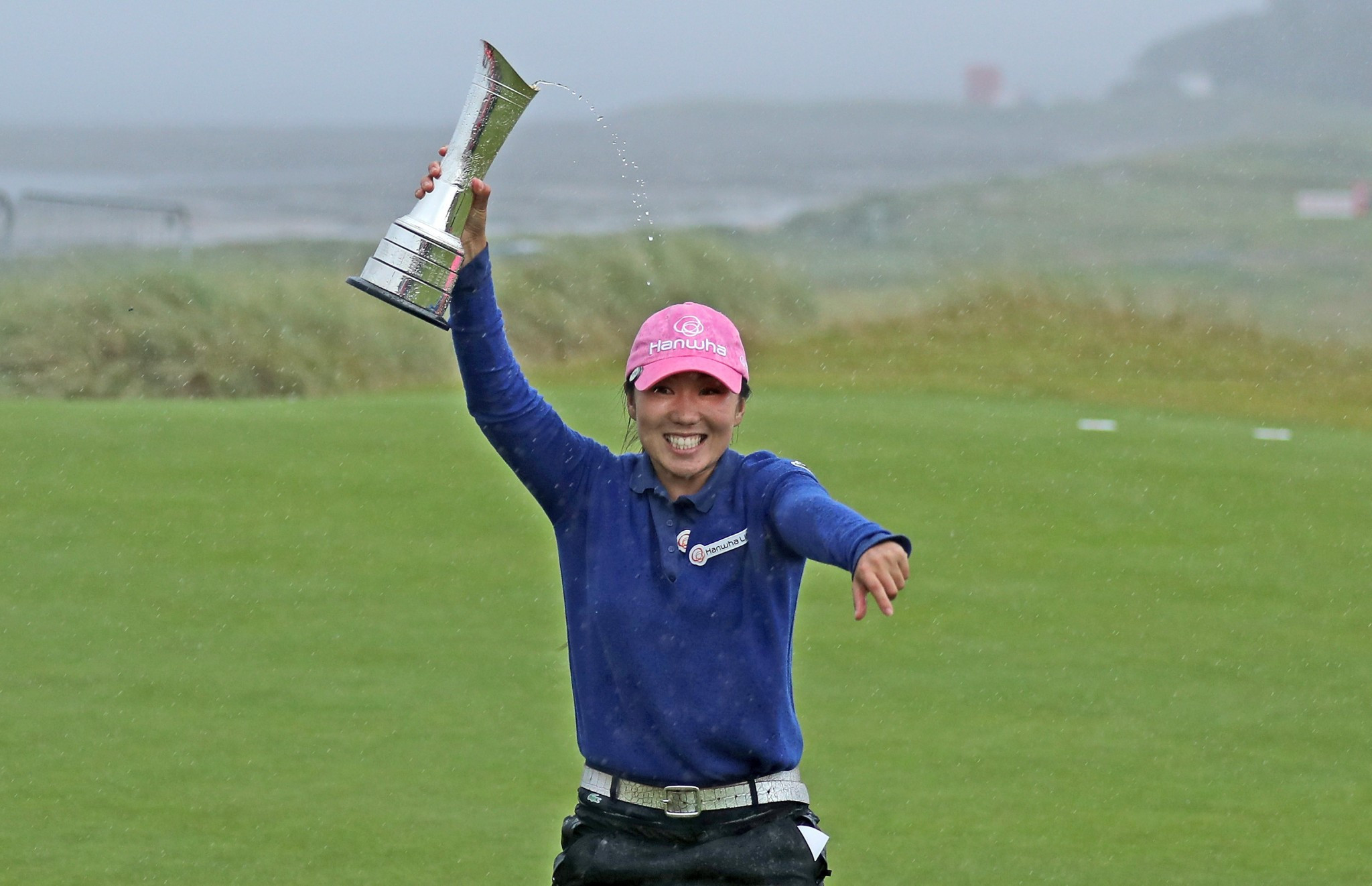 Kim In-kyung secured her maiden major title as she held off a surge from England’s Jodie Ewart Shadoff on the final day of the Women’s British Open.

The South Korean headed into the final day with a six-shot lead over her nearest challengers England’s Georgia Hall and Thailand’s Moriya Junatugarn.

Ewart Shadoff emerged as the player to put the pressure on Kim, the English player scoring a birdie on the second hole, before embarking on a run of five birdies in a row from the sixth.

A further birdie on the 13th led to Shadoff moving just two shots off the leader, eventually finishing her round with a score of 64.

The score equalled the course record achieved by American Michelle Wie on the opening day of the competition and matched by South Korea’s Inbee Park yesterday.

Kim was held her nerve in the closing holes of the competition to hold on to a two-shot lead, ending her tournament with a round of 71.

The 29-year-old finished at 18-under-par for her four rounds to seal the victory, with Shadoff ending as the runner-up on 16-under.

"I feel uplifted and say that because I didn’t expect to win this week," Kim said.

"I didn’t really have any expectations.

"I had one of my best warm-ups of the week, so that gave me quiet confidence.

"I didn’t have many makeable putts, but I think as well as I could with what I had today, I think."

Wie produced an impressive final round of 66 to finish in a tie for third place overall, ending at 13-under for the tournament.

She was joined by Germany’s Caroline Masson and England's Georgia Hall.