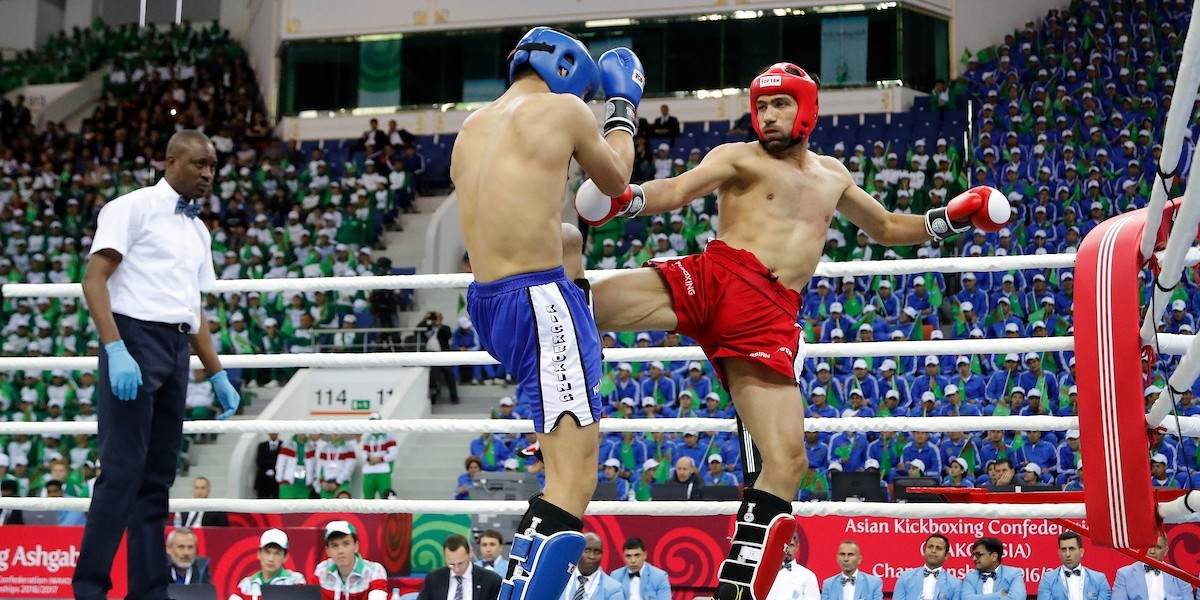 The 2017 Asian Indoor and Martial Arts Games (AIMAG) are set to begin here tomorrow in Turkmenistan’s capital with a glittering Opening Ceremony.

Despite competition getting underway today, the ceremony will mark the official start of the event.

The fifth edition of the AIMAG will see a total of 21 sports contested across 15 venues over 12 days of competition.

More than 6,000 athletes and team officials will be representing 65 delegations.

Speaking at a media welcome event here today, James Bulley, chief executive of fifth AIMAG Executive Committee, talked up the standards to which the event has been delivered.

"First of all, I would like to say that it was a very clear statement given to us by the esteemed President of Turkmenistan, Gurbanguly Berdimuhamedow, on the operational delivery of these Games and that was to deliver the Games at the highest international standards and to leave a legacy for sport and mega-event delivery in Turkmenistan,” he said.

"I’ve been involved in many events and I think, as you can see from this Main Media Centre which is the highest international standard, the quality of the facilities here are very much state of the art.

"As with all the venues here in the Ashgabat Olympic Complex, they are the best that I have seen anywhere in the world.

"And these facilities will help you capture the images and the stories of the Games, the emotion, the passion of the athletes as they celebrate and compete for the gold medals.

"And your images will be shared with millions around the world.

"Turkmenistan, as I have come to know it in the 18 months that I have been here, is a very proud nation steeped in its rich culture and history, and you can see that all around you in this room today, but also embedded within the facilities and around the Olympic Complex and the city.

"And that is what will make these Games so unique and so special."

Bulley said that 450 local staff have been trained through the Ashgabat 2017 Games Academy and that 8,000 volunteers have been primed to run and operate these Games.

"It’s that which will leave the human legacy after the Games in delivering mega-events in this country," he added.

"So it’s exciting times ahead and together we can ensure the success of the fifth Asian Indoor and Martial Arts Games and ensure that hundreds of millions of people around the world will have the opportunity to see what is written in golden letters in the history books of Turkmenistan on the success of these Games."

The Opening Ceremony is being produced by Milan-based company Balich Worldwide Shows, which has experience in performing the role at previous Olympic Games.

According to Balich Worldwide Shows President Marco Balich, the Ashgabat 2017 Opening Ceremony is exactly the kind of challenge that the event management company was built to face.

"In many ways, this is a much more complex show than the Opening Ceremony for Rio 2016, which I produced," he said.

"But the people we have working for us are very, very knowledgeable people who know how to run the biggest gigs in the world.

"For instance, our costume designer, Sylvia Aymonino, has had more than 7,000 costumes to produce.

"She’s set up a whole industry here of sewing costumes, making so many costumes per day for three months, all different, with individual measurements and technology inside, and each with its own historical significance.

"And that’s just one example.

Ashgabat was awarded the Games by the Olympic Council of Asia (OCA) in 2010.