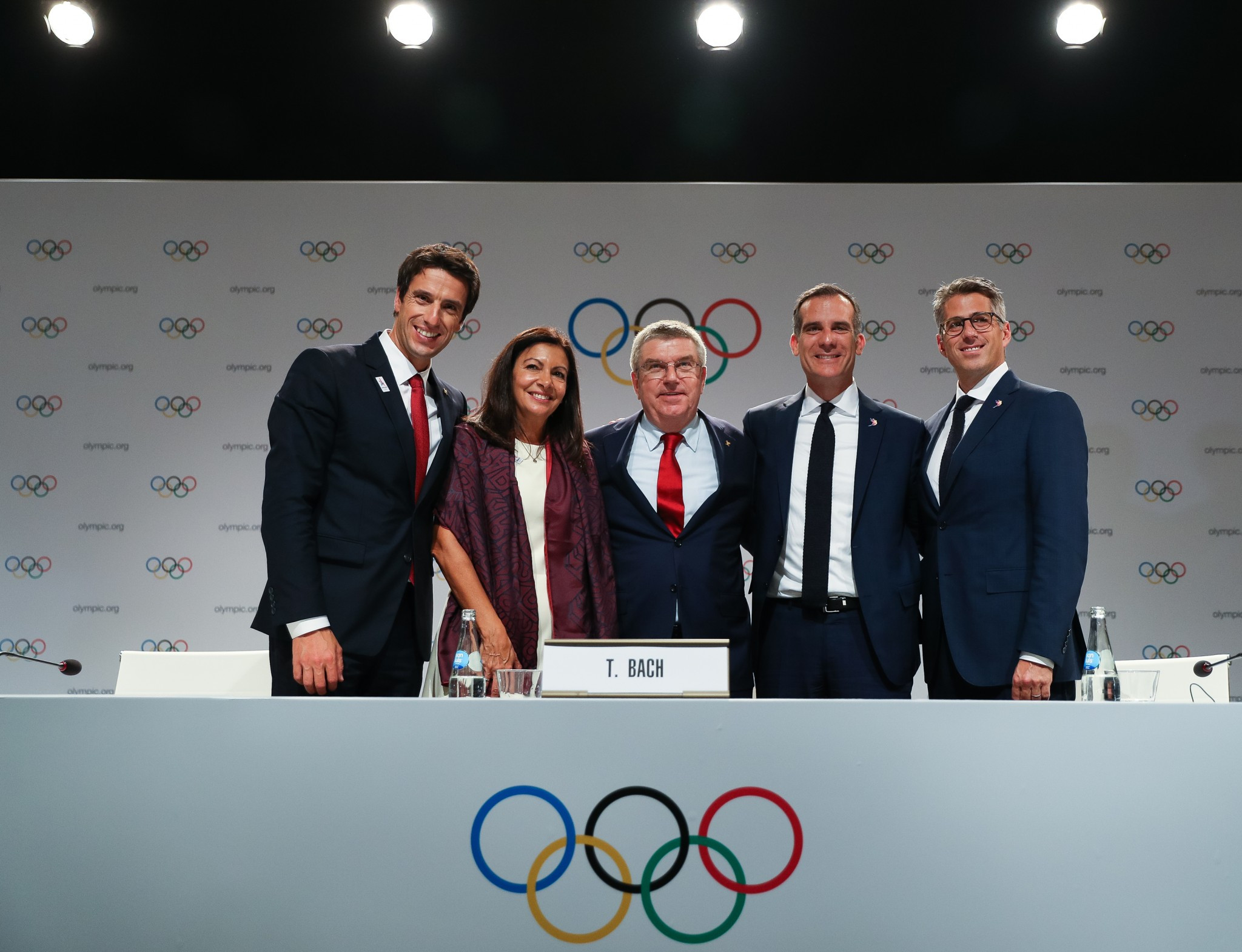 International Olympic Committee (IOC) President Thomas Bach hailed the historic decision to officially award the 2024 and 2028 Olympic and Paralympic Games to Paris and Los Angeles as "extraordinary" after the tripartite agreement was ratified during the Session here today.

Bach claimed it was harder to imagine a better scenario for the IOC, Paris and Los Angeles than giving the two cities an edition of the Olympics and Paralympics.

It came after the Session rubber-stamped the agreement between the two cities and the IOC by a show of hands.

The decision was unanimous as none of the 80 members present and eligible to take part went against the vote.

The Host City Contracts for the 2024 and 2028 Games were then signed by both cities.

The ratification of the agreement came after it was approved at an Extraordinary IOC Session in Lausanne in July, paving the way for the IOC to award two editions of the Games at the same time.

"This historic double allocation is a ‘win-win-win’ situation for the city of Paris, the city of Los Angeles and the IOC," Bach said.

"It is hard to imagine something better.

"Ensuring the stability of the Olympic Games for the athletes of the world for the next 11 years is something extraordinary.

"These are two great cities from two great countries with a great Olympic history.

"Both cities are very enthusiastic about the Games and are promoting the Olympic spirit in a fantastic way."

Newly-elected International Paralympic Committee (IPC) President Andrew Parsons, in attendance at the Session here, claimed it was a "a wise and astute move" to award Paris the 2024 Games and Los Angeles 2028.

The Brazilian, who succeeded Sir Philip Craven after he earned a first-round victory in the election at the IPC General Assembly in Abu Dhabi Friday (September 8), added that he was "greatly excited at what Paris 2024 and Los Angeles 2028 can do in terms of growing the Paralympic Movement".

"Both Paris and Los Angeles presented tremendous integrated bids and what I like about each host city is that they offer different opportunities for the Paralympic Movement," said Parsons.

"When you have two outstanding bids for a Games, it makes sense that there are two winners and I think the decision to award 2024 and 2028 together is a wise and astute move.

"It is thanks to our relationship with the IOC that the Paralympics is the event it is today, and I look forward to working with the IOC in the coming years to further develop the Games.

"Announcing two host cities at once will also help with our long-term planning.

"I hope that by working closely with Paris 2024 and Los Angeles 2028 we can ensure that these Games do not just bring the world’s best Para athletes together, but also help bring the whole world together in terms of spectators and TV viewers.""