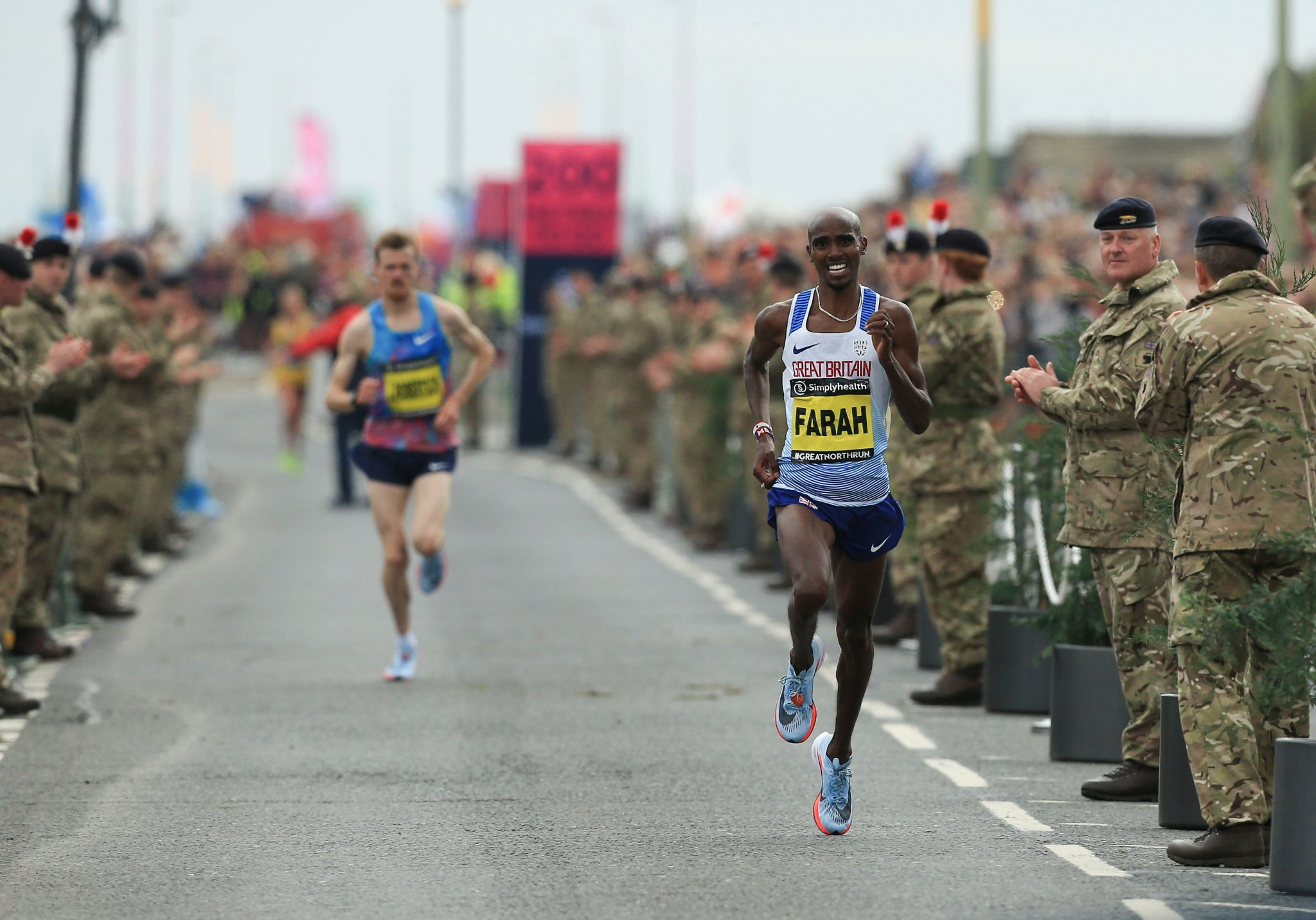 Sir Mo Farah became the first athlete to win four Great North Run titles in a row today as he overtook Jake Robertson with 400 metres remaining to sprint home in 60min 06sec, with the New Zealander, who had tried to get away over the final mile, second in 60:12 and Ethiopia’s Olympic marathon silver medallist Feyisa Lilesa third in 61:32.

The 34-year-old Briton, for whom this was the first race since he finished his track career last month, thus equalled the record total of wins in this event set by Kenya’s Benson Masya, first home in 1991, 1992, 1994 and 1996.

Kenya’s Mary Keitany, the 2017 London Marathon champion, equalled the record for women’s victories in this event as she earned her third title in 65:59, beating fellow Kenyan and last year’s winner Vivian Cheruyiot into second place.

For Masa, however, there was an unexpected bonus at the end of the course as her boyfriend Robertson took the opportunity to propose to her – and was accepted.

Sir Mo performed his usual Mobot sign as he crossed the line, having high-fived spectators on the run-in, but the race clearly took plenty out of him as he lay spread-eagled on his back beyond the finishing line.

"That was really tough," he told BBC One.

"I think it's down to a lack of training!

"With four miles to go, I was hanging on and gritting my teeth.

"I was thinking if I can just sit on him, then at the end, I can sprint."

No sooner had Sir Mo crossed the line than the news was announced that he will make a third appearance in the Virgin Money London Marathon on April 22 ext year, having run half of it for experience in 2013 before finishing eighth a year later.

"The London Marathon is my home race and it is so special to me," he said.

"When I decided to concentrate solely on the roads from 2018 I knew that I wanted this to be my first marathon.”"

Britain's Sammi Kinghorn came second in 52:48, in what was her first half-marathon.

The event was started by the Run’s 69-year-old founder, Brendan Foster, the former Olympic medallist and world record holder who announced his retirement as a BBC commentator last month.