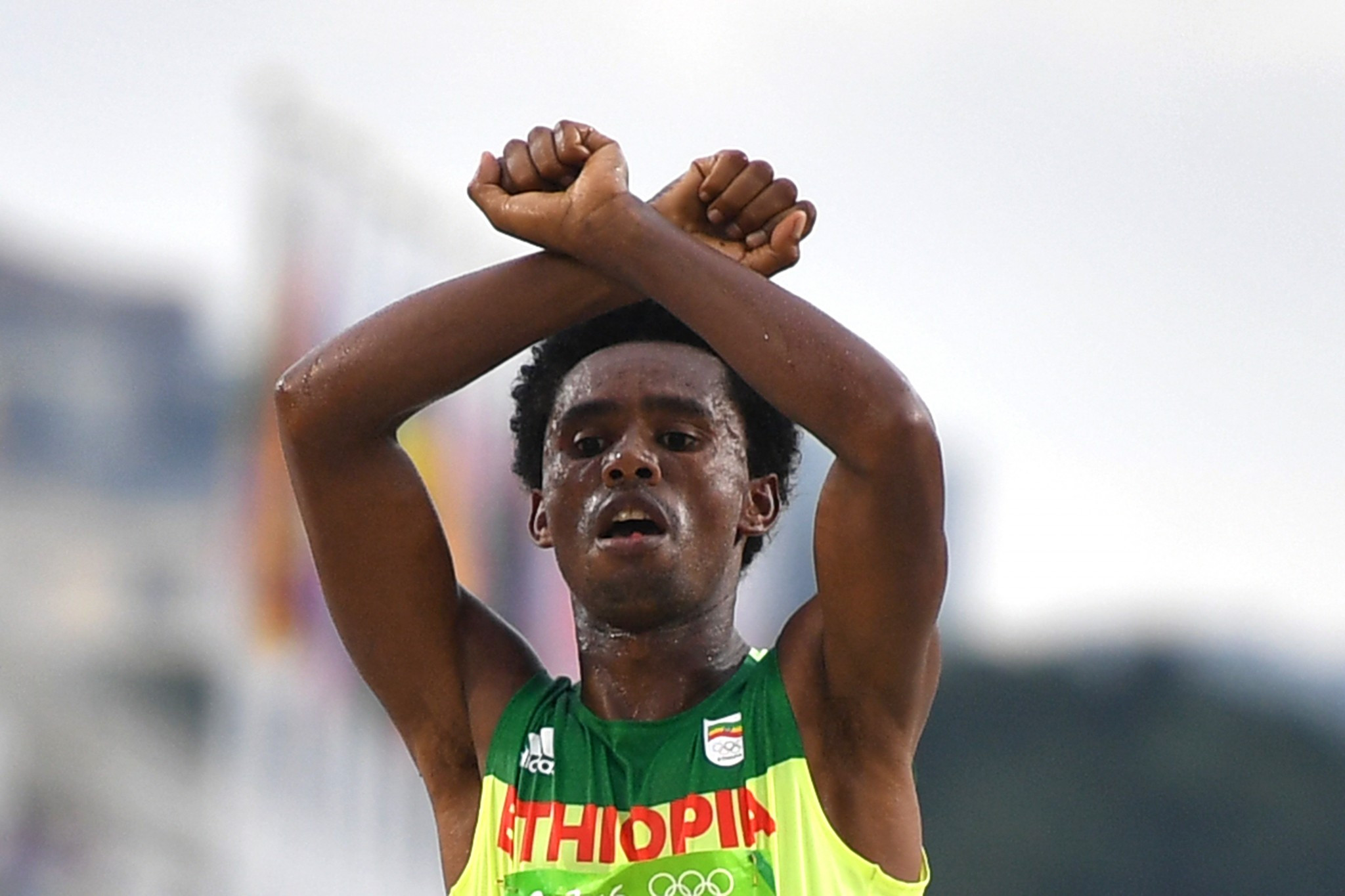 Sir Mo Farah’s dedicated road-running career starts tomorrow as he seeks a fourth consecutive win at the Simplyhealth Great North Run - but this will be no victory parade for the 34-year-old Briton given the recent addition to the field of Olympic marathon silver medallist Feyisa Lilesa.

Like Sir Mo, the 27-year-old Ethiopian is also based in the United States, training in Arizona, but he is effectively in exile from his native country, to which he has not returned since his high profile gesture in crossing the Rio 2016 finish line last year.

Lilesa crossed his arms above his head to show solidarity with his Oromo people in the wake of their ongoing ethnic persecution, and he made the same sign in March as he won the New York City Half Marathon.

On that occasion Lilesa clocked 60min 04sec as he finished four seconds ahead of Britain’s Callum Hawkins, but his personal best for 13.1 miles was set in 2012, when he ran 59:22 – exactly the same as the personal best Sir Mo set in winning over the Newcastle to South Shields course in 2015.

The Ethiopian, 12th in this year’s London Marathon, is working towards the Chicago Marathon on October 8.

Joining Sir Mo and Lilesa in the field will be two other highly talented US-based runners, 34-year-old Dathan Ritzenhein – bronze medallist at the 2009 International Association of Athletics Federations World Half Marathon Championships - and 42-year-old Bernard Lagat – the former world 1500 and 5,000m champion who has a 13.1 miles personal best of 62:33 from 2013.

Also in the field will be New Zealand twins Zane and Jake Robertson and the Japanese duo of Hiroyuki Yamamoto and Daichi Kamino.