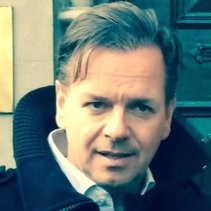 The International Hockey Federation (FIH) has announced the appointment of Delf Ness as its marketing and communications director.

The former vice-president of the Germany Hockey Federation (DHB) is due take up the post at the FIH headquarters in Lausanne next month.

He brings a wealth of experience from the media and entertainment industry.

In addition to relinquishing his voluntary position with the DHB, where Ness was responsible for marketing, communication and events, he also leaves a consultancy role with interior design company Stilwerk.

After spending his youth in Germany, Ness travelled to the United States to undertake his university studies.

There he earned a  bachelor's degree in fine arts at the  University of Arizona in  Tucson before heading to  Boston to study a masters of science in television economics.

He worked in varied positions within the national and international media industry, including managing international rights distribution, co-production and consulting.

Ness then became a managing partner at 1picture, where his role involved consulting and implementation of visual communication at venues and major events, with clients including Italian football giants Juventus, Munich's Allianz Arena and BMW.

He subsequently became an international strategic media and communications consultant in the sports and entertainment industry, where he worked with businesses including Mercedes Benz, Emirates, Heineken and a number of football organisations.

As a former German junior hockey international, Ness has remained active in the sport.

In addition to his role as vice-president of the DHB, he has also undertaken coaching at various age levels.

He founded the Alster Grootbos Hockey Project in South Africa, which sees volunteers teach more than 300 children from different  townships at three locations in Gansbaai.

Speaking of the appointment, FIH chief executive Jason McCracken said: "We’re delighted that Delf will be joining the FIH in this newly created position.

"He brings significant experience and a passion for hockey which will have a positive impact on our leadership team.

"His professional knowledge and skills will be crucial to progressing the development of our 10-year hockey revolution strategy as we now move to implement the Hockey Pro League and all our other new and exciting initiatives."