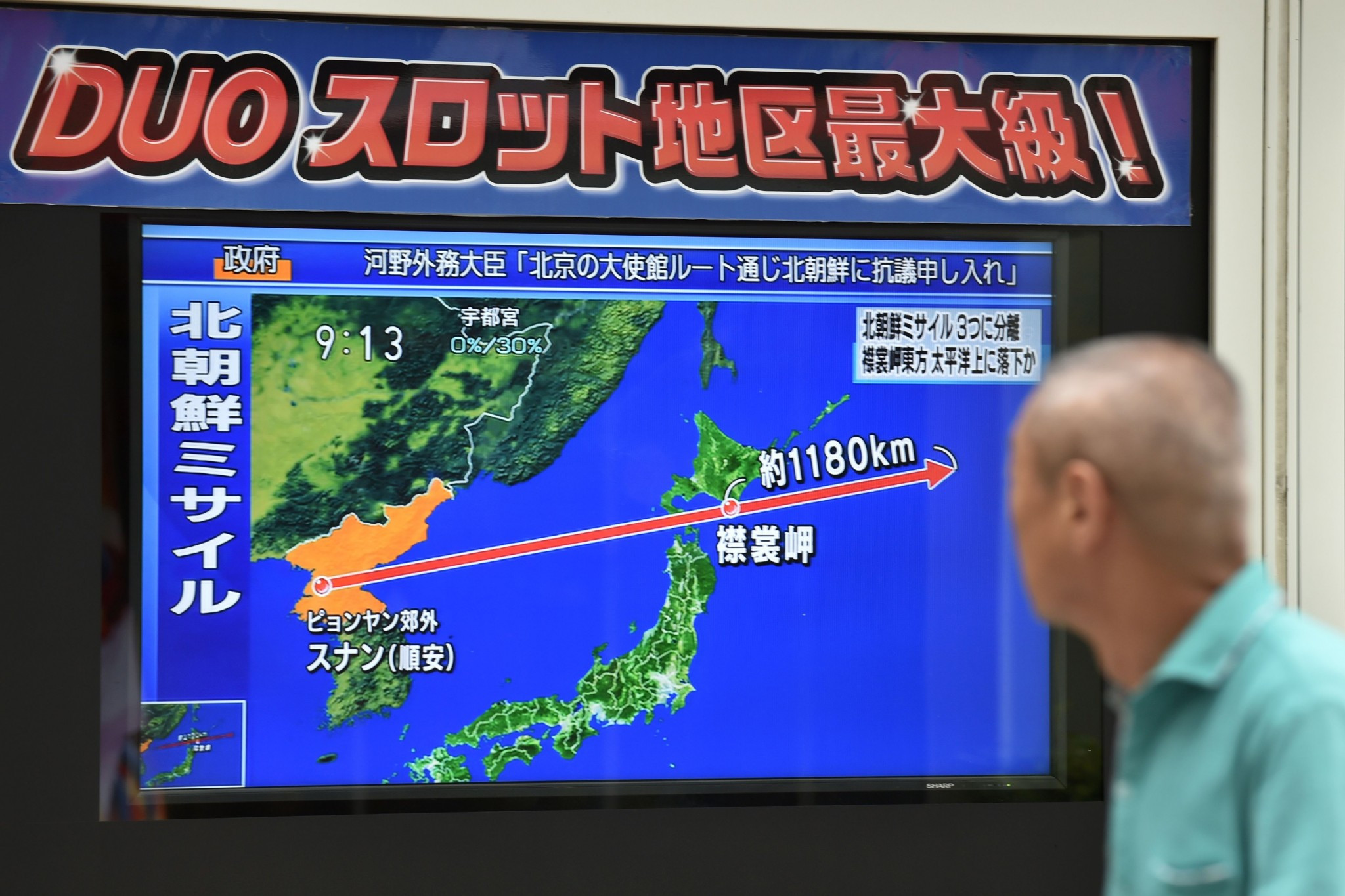 A ballistic missile fired from North Korea passed over northern Japan today in a provocative act expected to heighten regional tensions in the months before next year's Winter Olympic and Paralympic Games here.

The missile was reportedly launched in Pyongchang before travelling over 2,700 kilometres.

It passed over the island of Hokkaido this morning before breaking into parts and landing in the sea around 730 miles off the coast.

There was no effort made to shoot down the missile by the Japanese.

It is thought to mark just the third occasion in which a North Korean rocket has flown over Japan.

It was claimed by the North on the two previous occasions - in 1998 and 2009 - that they were for satellite launches rather than missiles.

This is bound to overshadow the opening day of the International Olympic Committee (IOC) Coordination Commission inspection starts here today - the final one before the Olympics and Paralympics in February and March.

IOC President Thomas Bach claimed during a visit to China on Saturday (August 27) that there were "no immediate concerns" about Pyeongchang 2018 going ahead.

"We are watching the situation, but I think there is no reason for any immediate concern because the fact that the Games are taking place there is appreciated by all the National Olympic Committees and by the Governments," he said.

"So in this respect we’re continuing with our preparations."

At present, it is not clear to what extent - if any - North Korea plans to participate at the Olympics.

Officials are desperate to ensure Northern participation as a means to show the unifying power of sport.

It is possible, however, that others could be granted wildcard places through the IOC Tripartite Commission system.

North Korea boycotted Seoul 1988 when the Summer Olympics were staged in South Korea.

They have, though, participated at other more recent events held on South Korean soil, including the 2014 Asian Games in Incheon.