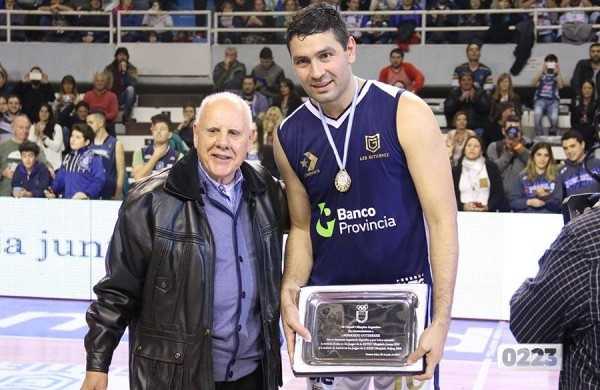 Olympic gold medal winning basketball player Leo Gutiérrez has been given a Distinction of the Institution by the Argentine Olympic Committee (COA) after his retirement from the sport.

Gutiérrez was a member of the team that topped the podium at the Athens 2004 Games, where they defeated Italy 84-69 in the final.

This came after Argentina knocked out the United States in the semi-finals, ending their hopes of a fourth consecutive gold in the event.

He won a second Olympic medal with Argentina four years later in Beijing, taking home a bronze after beating Lithuania 87-75.

The US claimed gold in the Chinese capital, getting revenge over the Argentinians in the semis, which they won 101-81.

During his domestic career, Gutiérrez earned a record 10 Liga Nacional de Básquet titles and was the league’s Most Valuable Player on four occasions.

COA secretary Alejandro Bolgeri handed over the distinction to the 39-year-old at his last game.

"Thanks to the friends for coming, thank you for so many years of good basketball and friendship, and the family for always accompanying me,” Gutiérrez said.