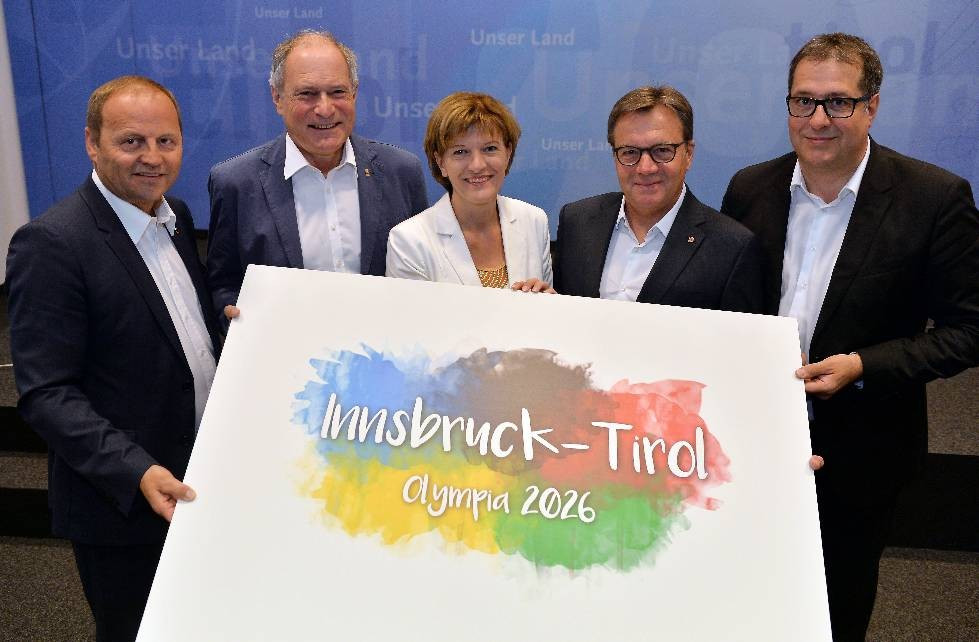 Innsbruck 2026 officials have presented more details on the possible Austrian bid for the Winter Olympics and Paralympics - including the possibility of events in Germany.

Organisers have confirmed that Inzell, which lies about 20 kilometres from the Austrian border, is the preferred site for speed skating.

Competition would be held at the Eisstadion Inzell which would allow the Games to stick to their promise of using existing infrastructure in a bid to cut costs.

If approved, it would mean Olympic sport in the home country of current International Olympic Committee (IOC) President Thomas Bach.

"We spoke with Inzell and the municipality expressed interest in the alignment," said Austrian Olympic Committee secretary general Peter Mennel.

"In Innsbruck, there is no comparable speed skating rink."

A ten-point programme outlining the potential Innsbruck bid was released today but it must first get past the significant hurdle of a public referendum on October 15.

The programme follows the results of a feasibility study, released in June, which analysed a potential bid and concluded favourably.

It is claimed that no permanent new buildings would be required with events also spread around the whole of Tirol state.

This would include the Opening and Closing Ceremonies at Tivoli Stadium, figure skating, short track and ice hockey at the Olympic Stadium and sliding sports at Innsbruck's ice track.

The Olympic Village would make use of existing urban developments.

Other benefits claimed today include an influx of money and jobs and improvement to public health.

Mennel claimed it was a "win-win" situation for Tryolean culture and sport.

Describing it as a "small but beautiful" bid, he said: "We should provide a new sports culture that will bring our children and young people back to sport."

An "Olympic Roadshow" will promote the Games to residents before the key referendum.

Defeats at similar votes have ended Olympic bids in recent years, including Polish city Kraków for 2022 and German city Hamburg for 2024.

The IOC has moved to address public apathy to bidding by pledging to reform the process for 2026.

They are aiming to shift towards a system that will "reduce costs, simplify procedures and provide more assistance to National Olympic Committees and cities".

An invitation phase lasting a full year has been approved, with the formal candidature phase shortened from two years to one.

This means that the process will not be formally launched until October 2018.

The Austrian Government gave its backing to a possible Innsbruck bid in June.

The city has previously staged the Olympic Games on two occasions, in 1964 and 1976.

It stepped in to host the latter after original host city Denver withdrew following a referendum failure.

Sion in Switzerland and Calgary in Canada are among other contenders for 2026.

Almaty in Kazakhstan, Sapporo in Japan and Erzurum in Turkey could also enter the race.

Germany hosted the Winter Olympics in 1936 in Garmisch-Partenkirchen.

Munich was defeated by Pyeongchang in South Korea in the race for the 2018 Games, however, which will be held in February.

An ambitious plan for Germany to stage the 2032 Summer Olympics across 13 cities in North Rhine-Westphalia was revealed last month.