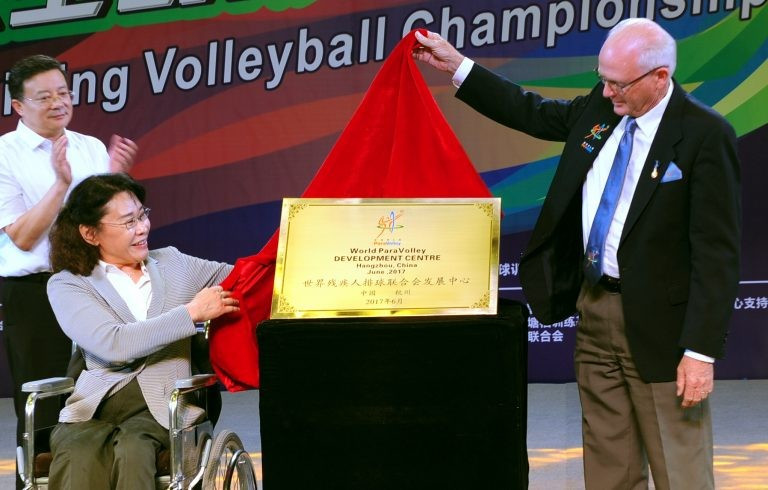 The first World ParaVolley Development Centre has been opened in Chinese city Hangzhou.

Barry Couzner, the President of the governing body, revealed a plaque alongside Zhang Haidi, one of four candidates for the International Paralympic Committee (IPC) Presidency.

World ParaVolley has built the facility with cooperation from the China Goalball Training Centre.

It was opened alongside the ParaVolley Asia Oceania Sitting Volleyball Championships.

Plans for the venue include more competitions and training courses for World ParaVolley officials.

Sitting teams will also be able to use the Centre for preparation camps in the run-up to the Tokyo 2020 Paralympic Games.

Several courts are included at the facility, as well as a fitness room, meeting rooms, accommodation and restaurants.

The aim is for at least one in all four continental zones for the benefit of athletes across the world.

Zhang, the nominee of the Chinese National Paralympic Committee for the IPC Presidency, travelled to Hangzhou with the ParaVolley Asia Oceania General Assembly also taking place.

She attended a dinner with delegates and officials while in the city.

Brazil's Andrew Parsons, Canada's Patrick Jarvis and Denmark's John Petersson are also in the race for the IPC's top job, with a replacement needed for Britain's Sir Philip Craven who has reached his term limit.