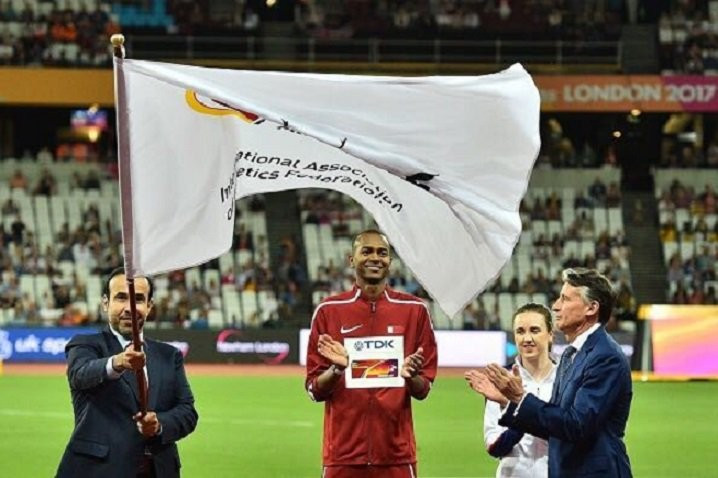 International Association of Athletics Federations (IAAF) President Sebastian Coe has promised that the next World Championships in 2019 will remain in Doha after the choice of the Qatari capital was criticised by Ed Warner, the chairman of this year's event in London, which finished here tonight.

Warner, the chair of London 2017 and former head of UK Athletics, this morning claimed that Qatar's hosting of the event is a "big worry".

Among his chief concerns is that the event is due to take place later in the calendar - from September 28 until October 6 - to avoid the worst of the heat in the Gulf country.

"It always looked like a really strange choice for the IAAF to make," Warner told BBC Radio 5 Live today.

"It’s going to be outside the normal athletics season and up against Premier league football, and Champions League football.

"I fear the stadium will be empty and we’ll go from this massive high of London and crash to a low in Qatar.

"If they’re not going to move it, I would say to the IAAF: athletics now has its belief back as a result of these London Championships so now take some risks in Qatar.

"Maybe boil it down to four or five days; a sugar-rush of semi-finals and finals, maybe have qualifiers away from it.

"Try some different things because the sports does need to evolve and what we can’t have is the London Championships being the last great World Athletics Championships."

Tellingly, no-one from London 2017 or UK Athletics was involved in the handover of the IAAF flag to Doha tonight.

When London were awarded the IAAF flag following the end of the 2015 World Championships it was passed from Beijing Mayor Wang Anshun to Lamine Diack, who, in his final act as IAAF President, presented it to Lynn Davies, President of UK Athletics.

Here British middle-distance runner Laura Muir and Qatar's newly-crowned world high jump champion Mutaz Essa Barshim carried the flag onto the track where it was handed to Coe, who then presented it to Doha.

Coe admitted the IAAF will have to immediately "work really hard" to ensure the World Championships are a success.

There remains concern over an anticipated lack of interest and spectators at the 48,000-capacity Khalifa International Stadium.

Other issues that are expected to be an issue in the build-up to the Championships are allegations of human rights abuses, Qatar's current isolation in the Middle East and lingering corruption concerns over the way the event was awarded.

Warner had claimed last year that he had been warned by a "senior IAAF official" that Qatari officials were handing out brown envelopes on the eve of the vote for the 2017 World Championships - where they were beaten by London.

Coe, who chaired the IAAF Coordination Commission before Doha was named as host in 2014, claimed that every World Championships should not be the same and that there are "good reasons" to consider "new markets".

They must ensure they develop the "right ticketing strategies", Coe added, following the full seats seen here through the event that finished here today.

More than 700,000 tickets have been sold for the 10 days of competition in the British capital.

"We will monitor the political complexities as we do in any nation that we go to.

"Will the format change?

"I think we’ve learned here that morning sessions, when they are slow and not really creating any kind of atmosphere, the public don’t really respond to it.

"I think having lost some of those morning sessions [in London] has maintained rhythm and pace, and I think we have been able to focus on a concertinaed programme.

"We will start meetings right away to learn everything we can from here."