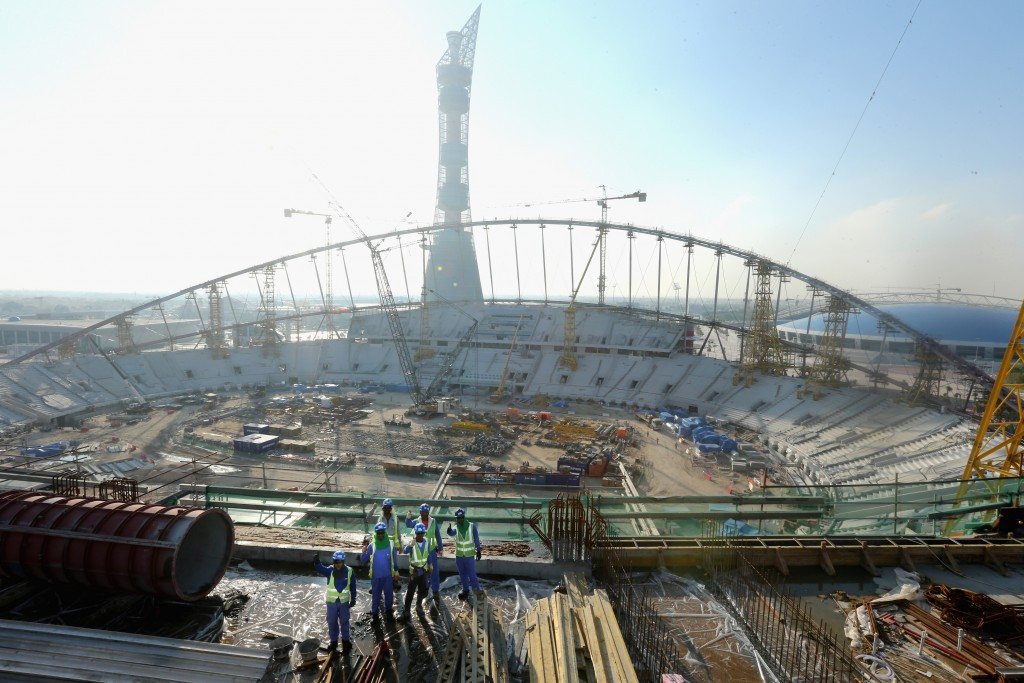 The International Association of Athletics Federations (IAAF) has told insidethegames it is "monitoring closely" the situation surrounding the host venue of the Doha 2019 World Athletics Championships after Amnesty International alleged migrant workers building the Khalifa International Stadium have suffered systematic abuses and, in some cases, forced labour.

The Qatari capital was awarded the IAAF's flagship event in November 2014, a decision criticised because of the country's alleged mistreatment of migrant workers involved in the construction of many of the facilities being built for the 2022 FIFA World Cup.

A major new 50-page report was published by Amnesty International on Thursday (March 31), entitled The ugly side of the beautiful game: Labour exploitation on a Qatar 2022 World Cup venue.

The human rights group is extremely critical of what it claims to be FIFA’s indifference to appalling treatment of migrant workers.

It is based on interviews with 132 migrant construction workers rebuilding Khalifa International Stadium, which is set to be the first venue completed for the 2022 World Cup and has been slated to host a semi-final.

"We can confirm that we have read the media reports on the report of Amnesty International and be sure the IAAF will be monitoring closely the situation," an IAAF spokesman said.

"We believe our work with the LOC (Local Organising Committee) for the 2019 Athletics World Championships, will enable us to play a key role on the improvement of the situation."

Every single construction and landscape worker who spoke to Amnesty International reported abuse of one kind or another, including being forced to live in squalid and cramped accommodation and being required to pay large fees - $500 (£351/€439) to $4,300 (£3,000/€3,800) - to recruiters in their home country to obtain a job in Qatar.

They also complained of being deceived as to the pay or type of work on offer, as well as not receiving wages for several months, employers not giving or renewing residence permits, firms confiscating workers' passports and not issuing exit permits, and being threatened for complaining about their conditions.

It followed the publication of high death toll figures among migrant workers, with it claimed as many as 1,200 may have died since 2010.

Just days after Doha were awarded the 2019 World Athletics Championships, Great Britain's Olympic long jump champion Greg Rutherford claimed he would support any athlete who chooses to boycott the event.

More than 180 workers died in the country in 2013 and a significant number are believed to have suffered injuries as a result of unsafe working practices.

Rutherford said he hoped athletes and governing bodies would have the courage to "speak out" and "cause problems" if subsequent details of mistreatment and abuse of migrant workers were to emerge.