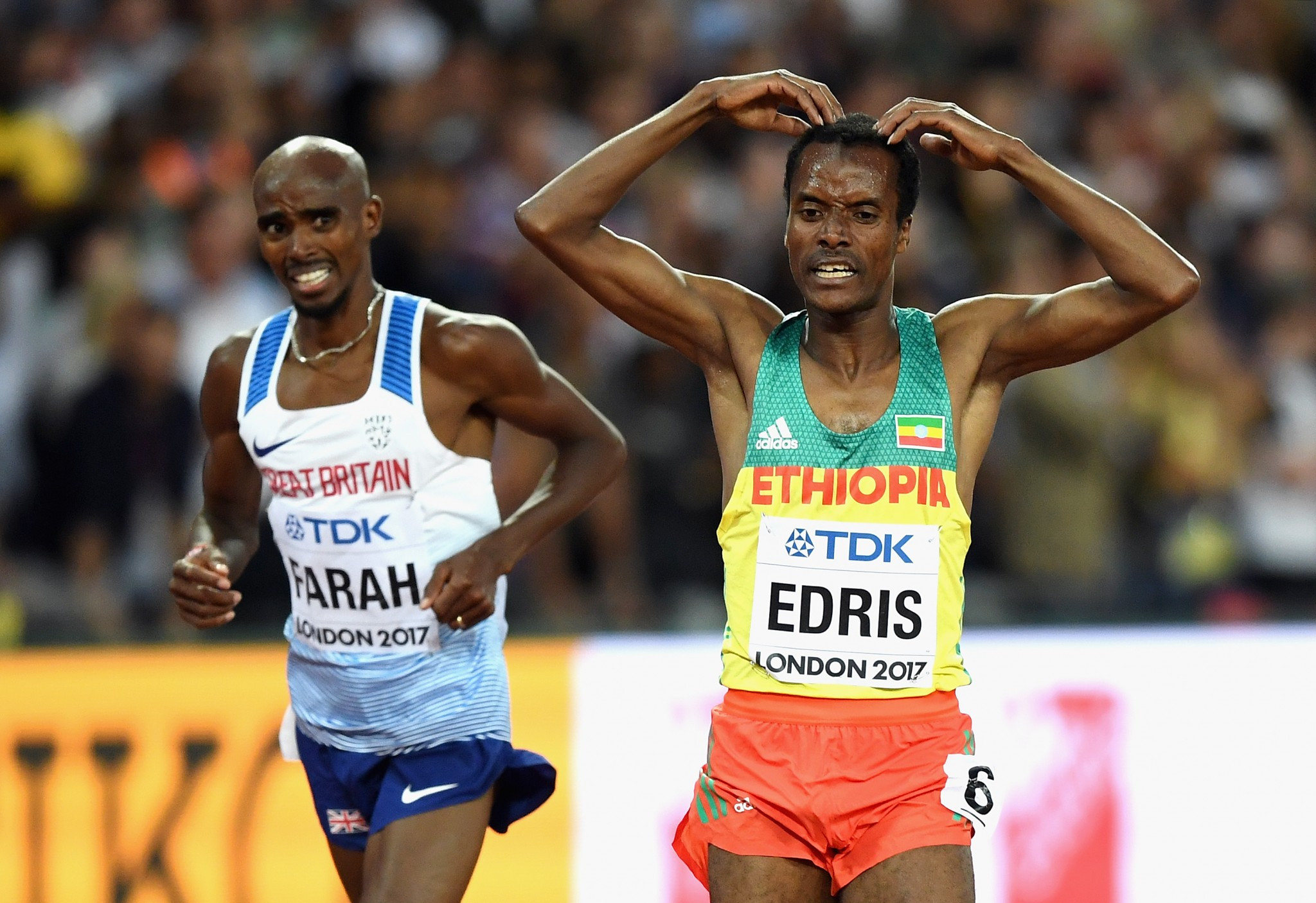 Sir Mo Farah's final track race on home soil ended in a defeat and the end of a remarkable winning run of success as Muktar Edris of Ethiopia pipped him to the world 5,000 metres title at the International Association of Athletics Federations (IAAF) World Championships here tonight.

On a night of contrasting fortunes for two athletes who secured their first senior global titles in 2011 in Daegu, Australia's Sally Pearson romped to victory in the 100m hurdles.

Sir Mo, winner of five successive world or Olympic finals in the 5,000m since triumphing in the South Korean city six years ago, has vowed to focus only on road races after this season.

He had been hoping for one final coronation in front of an adoring home crowd.

But 23-year-old Edris, the 2012 world junior 5,000m champion, surged past Sir Mo at the beginning of the final lap and held him at bay in the final few metres.

Edris, whose only global senior medal was a World Cross Country Championships bronze in 2015 before today, recorded a final lap of 52 seconds in a closing kilometre of 2:21.

"I was highly prepared for this race and I knew I was going to beat Mo Farah," said Edris.

"After the 10km he was maybe tired so he did not have enough for the last kick - I was stronger.

"Mo has many victories but now I have one.

"I am the new champion for Ethiopia.

"That's why I did the Mobot.

"I am the next champion."

Until Edris' remarkable last lap, the script had been followed to the letter as a slow pace through the opening stages seemed to be playing utterly into the Briton's hands.

He overtook Australian frontrunner Patrick Tiernan with 600m to go and, as the pace wound up, assumed his favourite position at the front of the race.

From here, the Briton is considered nigh on unbeatable and had not been beaten on the final lap since he was outkicked by another Ethiopian, Ibrahim Jeilan, in the 10,000m final in Daegu 2011.

Unlike on that occasion, his inability to respond here was nothing to do with poor tactics.

Tired legs from a gruelling 10,000m triumph eight days ago surely paid a part, but it was the sheer speed of Edris which was key.

"It's not an excuse, but it took a lot more out of me than I realised," said Sir Mo.

"Tactically, I was trying to cover every move.

"They had the game plan: one of them was going to sacrifice themselves.

"That's what they did tonight, and the better man won on the day.

"I gave it all, I didn't have a single bit left at the end."

Pearson produced a superb start, an surging middle and then a champions finish to cap a remarkable return from injury over the barriers in the evening's first final.

Kendra Harrison had been the pre-race favourite beforehand after her world record in this Stadium on the Diamond League circuit last year.

But the American's poor performance in the semi-final, where she hit the first hurdle and only edged into the final as the fastest loser in 12.86, highlighted her lack of championship pedigree.

She started much better tonight and led Pearson into the second hurdle before rapidly falling out of contention.

It was another American, Dawn Harper-Nelson - who served a three-month ban in February after failing a drugs test for a banned substance supposedly found in prescribed blood pressure medication - who pushed the Australian hardest.

This marked the latest step in a compelling rivalry which saw the Harper-Nelson beat Pearson to Olympic gold at Beijing 2008 before being pipped into second here by at London 2012.

Pearson held on this time to win by four hundredths of a second in 12.59sec.

"I've worked so hard, I don't know what has just happened out there," Pearson said.

"I'm so tired but I'm sure it will sink in soon.

"It's been a long journey back from injury, but to get this moment and go and celebrate in front of my family is unreal."

The 30-year-old from the Gold Coast claimed the world title at Daegu in 2011 before taking silver in Moscow two years later.

In 2015, she missed the World Championships in Beijing after breaking her wrist during a mid-race fall in Rom,e.

A combination of a Achilles and hamstring problems then forced her out of Rio 2016.

Pamela Dutkiewicz of Germany secured the best result of her career with bronze medal in 12.72.

Harrison had to settle for fourth a further 0.02 seconds back and is in danger of becoming an athlete pigeon-holed for running fast times but failing on the big stage.

She had missed out on competing at Rio 2016 after finishing only sixth at the US Trials.

The 24-year-old need look no further than Pearson, now destined to be the poster girl of the 2018 Commonwealth Games, for an example of someone who produces when it matters.

Another is Allyson Felix, who secured a 10th outdoor World Championship gold medal today after running a blistering second leg in the women's sprint relay.

She, Aaliyah Brown, Morolake Akinosun and individual 100m champion Tori Bowie produced a superb display to win in a world leading time of 41.82.

Asha Philip, Desiree Henry, Dina Asher-Smith and Daryll Neita secured the first home medal of the Championships other than the two won by Sir Mo with silver in 42.12.

Jura Levy, Natasha Morrison, Simone Facey and Sashalee Forbes had to settle for Jamaican bronze a further 0.05 seconds back.