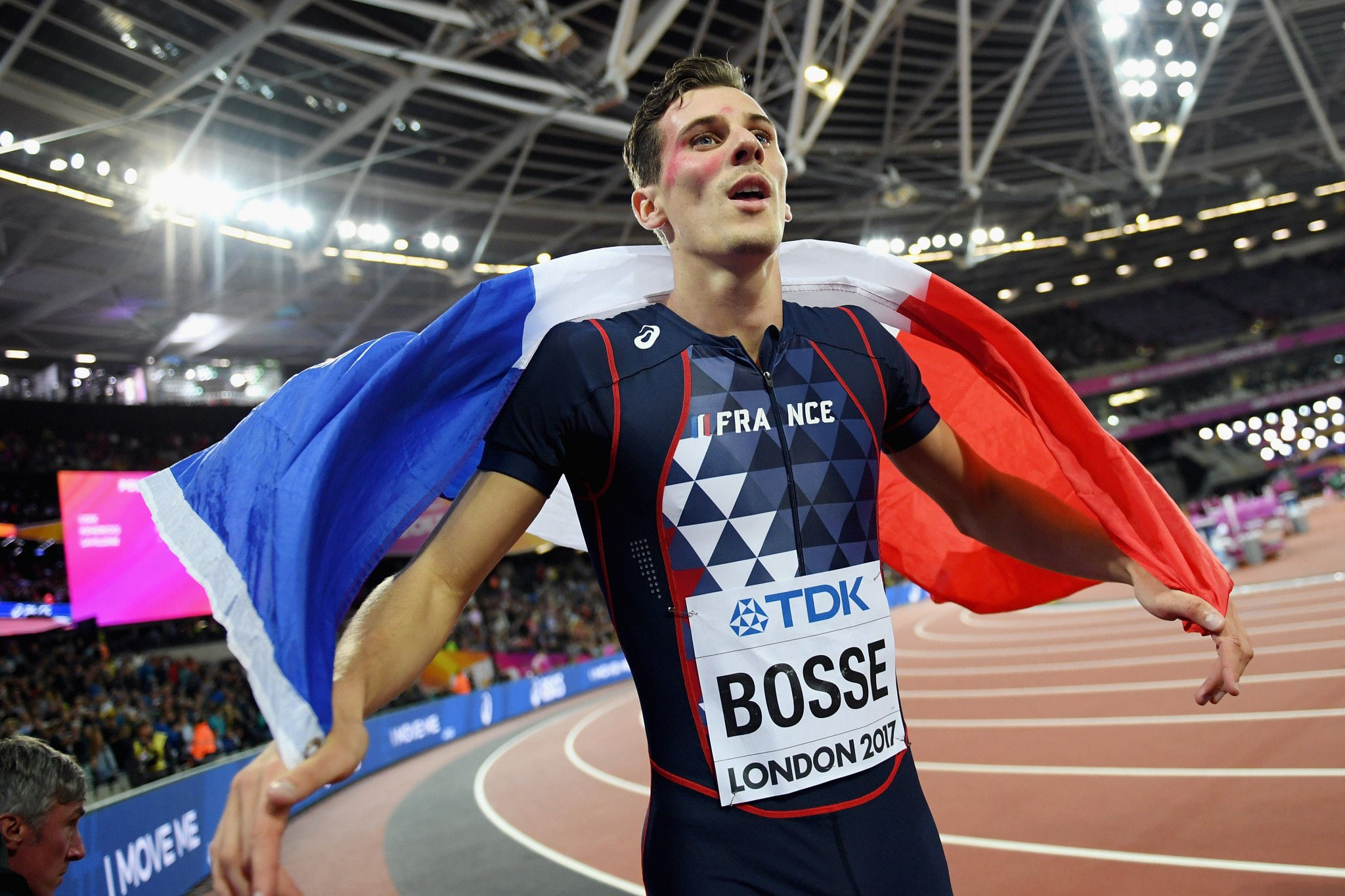 Wayde van Niekerk achieved the first step in a tilt towards a sprinting double today with 400 metres victory at the International Association of Athletics Federations (IAAF) World Championships here on a night France's Pierre-Ambroise Bosse claimed a surprise 800m win.

Kenyan Conseslus Kipruto won the night's other track final in the 3,000m steeplechase.

Van Niekerk always was the favourite for one-lap success after his stunning Olympic win at Rio 2016 in a world record time of 43.03sec.

The South African was further boosted by the absence of Botswana's Isaac Makwala after the IAAF ordered a 48-hour quarantine when he was diagnosed with norovirus.

Following a smooth start and strong bend, the race was over as an effective contest as van Niekerk entered the home straight with a commanding lead.

At this point, it was a race between the South African and the clock, but after slightly tightening his stride length with 50m to go he slowed down nearer the line to settle for his second successive world title in 43.98.

"It is amazing to win the world title, It is a blessing," said van Niekerk.

"I'm used to the lactic [acid in legs] but I need a few minutes to recover from that effort and I'll be fine.

"I've got a good team who will help me recover well for the 200m and I'm looking forward to that."

Bahamian Steven Gardiner crossed second in 44.41 and Sudanese-born Qatari Abdalelah Haroun took the bronze medal in 44.48 having gained eligibility to represent them in 2015.

Kipruto has long been a rising star of the event and, after World Championships silver medals in 2013 and 2015, claimed his first major title with the Olympic crown at Rio 2016.

The 22-year-old had struggled with an ankle injury since winning the Kenyan Trials in June and revealed after his heat he had only managed one track session in the six weeks since.

Almost all the pre-race attention had been on the American hope Evan Jager, whose best time of 8min 01.29sec was over three seconds faster than anybody else this year.

By the bell, only Kipruto and Morocco's Soufiane Elbakkali were still with him.

Kipruto sat on the American's shoulder before bursting clear down the back straight to win in 8:14.49.

Elbarkkali moved into second around the bend and pushed hard down the final stretch before settling for second, 0.37 seconds behind Kipruto.

"I used my plans well and last night for morale I told myself, 'I am Olympic champion and that others must break me'," Kipruto said.

"There are others who are strong but I used my own plans.

The French afterwrds complained that Jager had twice placed his foot on the inside line after the second water jump.

But the IAAF Jury of Appeal dismissed their appeal.

France did not have long to wait for a gold medal, however, and it came in a fashion as thrilling as it was surprising.

A European Championship bronze medal from Helsinki in 2012 was the only major podium finish in Bosse's senior career heading into today's final.

The 25-year-old, fourth at Rio 2016, passed largely unnoticed as he moved into the lead heading down the back straight for the second time.

Botswana's Nijel Amos, whose Olympic silver medal winning time of 1:41.73 at London 2012 ties him for third on the all-time list with IAAF President Sebastian Coe, was the favourite in the absence of Kenya's David Rudisha - the man who beat him here five years ago in a world record time.

After battling for position with Kenya's Kipyegon Bett, he fell out of contention as a bad night for Botswana turned worse.

Bosse held his form superbly to finish first in a season's best of 1:44.67.

"Or am I dreaming?

"I am a gambler, I love going to the casino.

"Today I just gambled, I put everything on the red, even my last Euro.

"So hopefully, this is also for luck in love."

Adam Kszczot of Poland produced his usual fast-finishing burst to place second, in 1:44.95, as Bett hung on for third 0.26 seconds behind.

Britain's Kyle Langford sprinted to fourth in front of a home crowd of 1:45.42 as Amos finished fifth.

US sprinting star Tori Bowie will not add the 200m title to her 100m success after she withdrew as she "continues to recover from her fall" sustained after dipping to win the shorter sprint.

"Her condition will continue to be evaluated to assess her readiness for the 4x100 relay," a USA Track & Field spokesperson said.