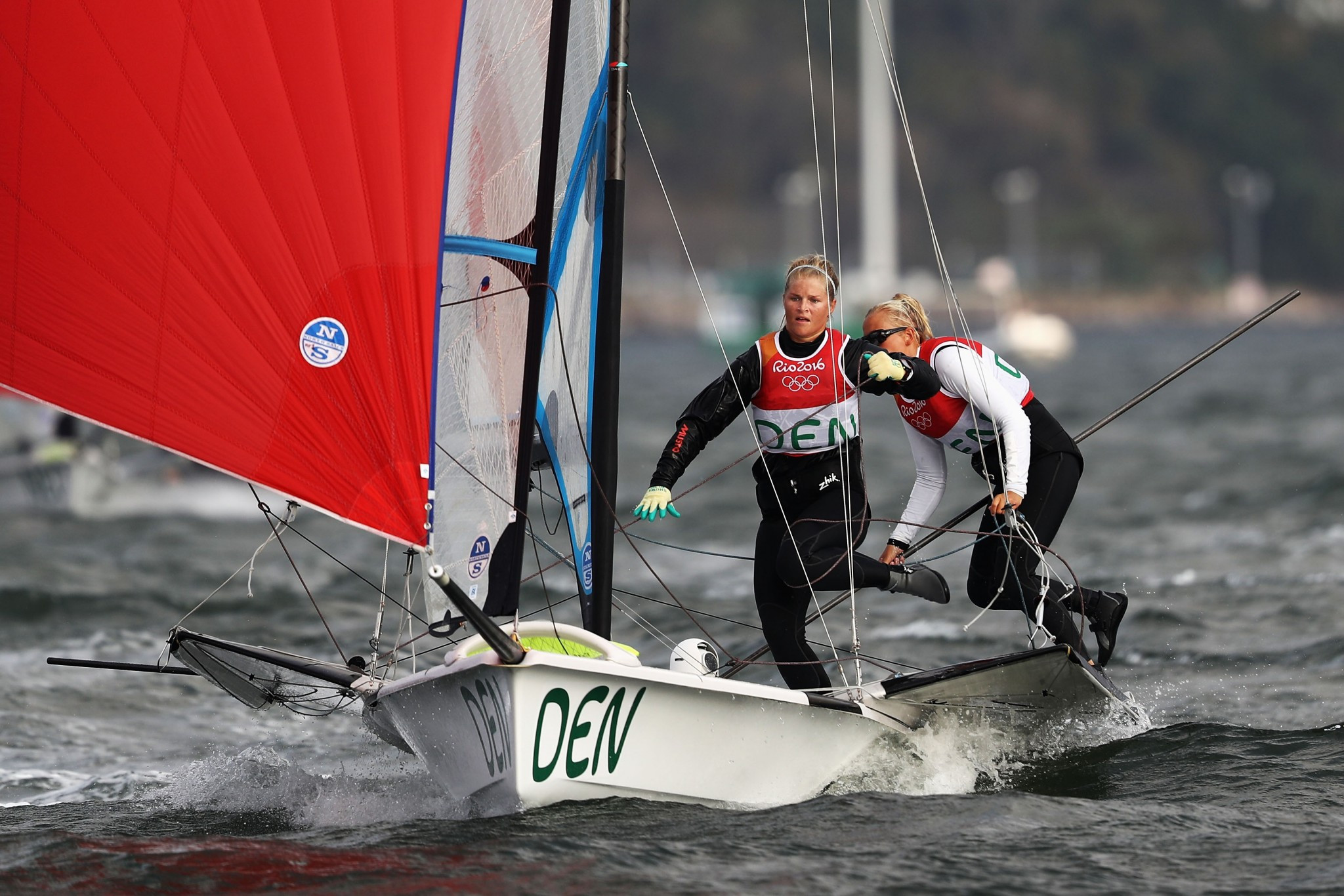 The pair, racing in the 49erFX class, won race eight and lie on just 20 points after their 11th in race five is discarded.

They are hoping to improve upon their Olympic bronze medal at Rio 2016.

Tess Lloyd and Eliza Solly of Australia lie a distant second on 39 points, 19 behind.

Australia are continuing to dominate the men's laser class.

It is Matthew Wearn, though, who leads rather than reigning Olympic champion Tom Burton.

She has 11 points, half the total of second placed team-mate Maxime Jonker.

Josefin Olsson of Sweden is currently in the bronze medal position a further three points behind.

Medal races in all 10 Olympic classes are scheduled for Saturday and Sunday (August 12 and 13).

Although it is  a test event, the competition is not taking place at the venue due to hold the World Championships next year.

Action is being held on the Egå Marina, just outside the city of Aarhus.