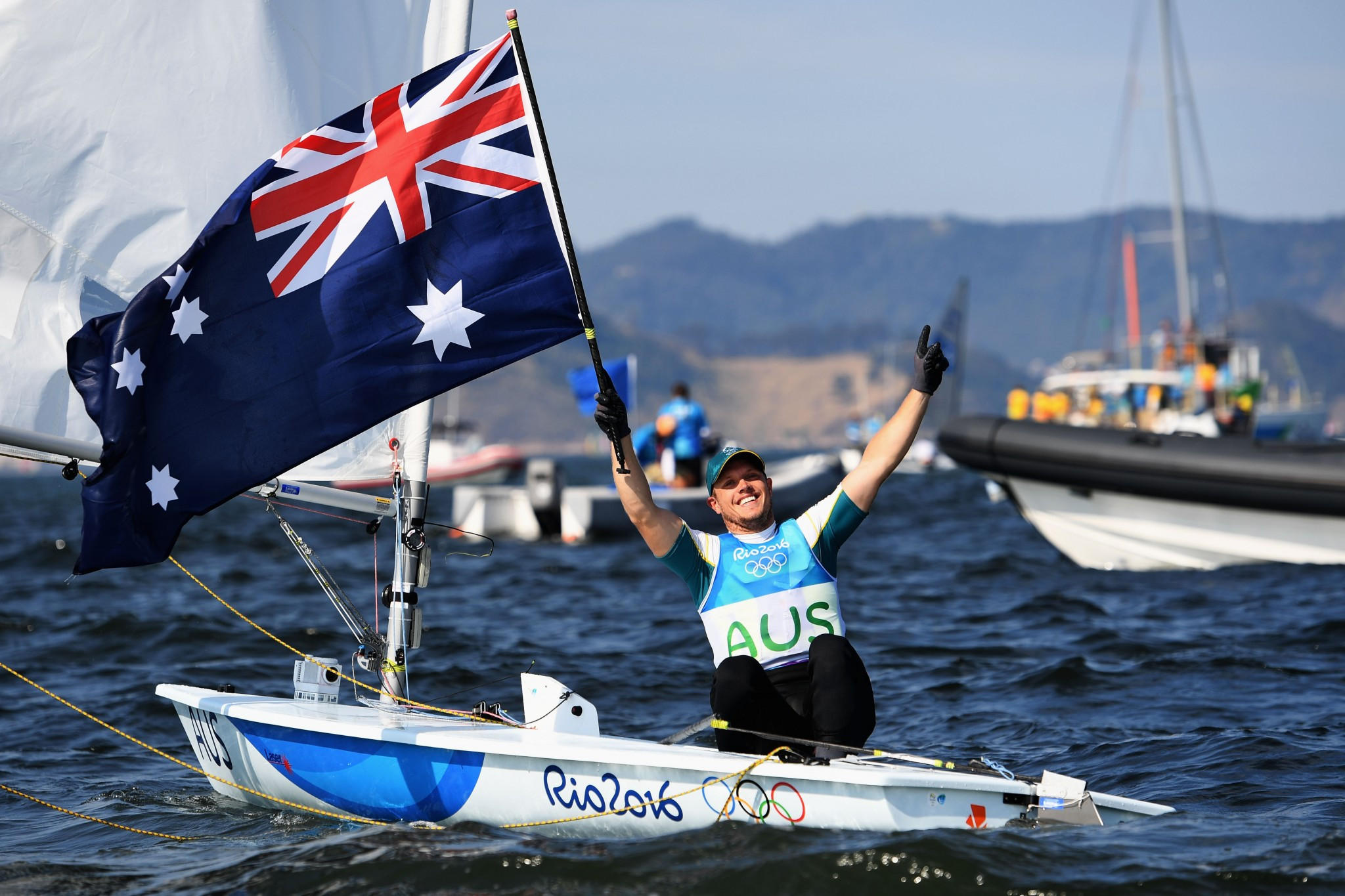 Olympic champion Tom Burton was among the early leaders on the opening day of a test event for next year's World Sailing Championships in Aarhus.

Action had initially been delayed due to a lack of wind.

Burton replicated his Olympic form by leading the opening races in the laser class in front of fellow countryman Matthew Wearn.

He enjoyed a first, second and third place finish to end the day two points clear on six.

Thomas Saunders of New Zealand sits in third on 12.

Olympic champion Marit Bouwmeester of The Netherlands won both races to lead the laser radial class.

Brothers William and Sam Phillips are other Australian leaders after a strong day in the 49er class.

They lie on five points and lead by 12 over Benjamin Bildstein and David Hussl of Austria.

Fritiof Hedström and Otto Hamel of Sweden lie a further point behind in third.