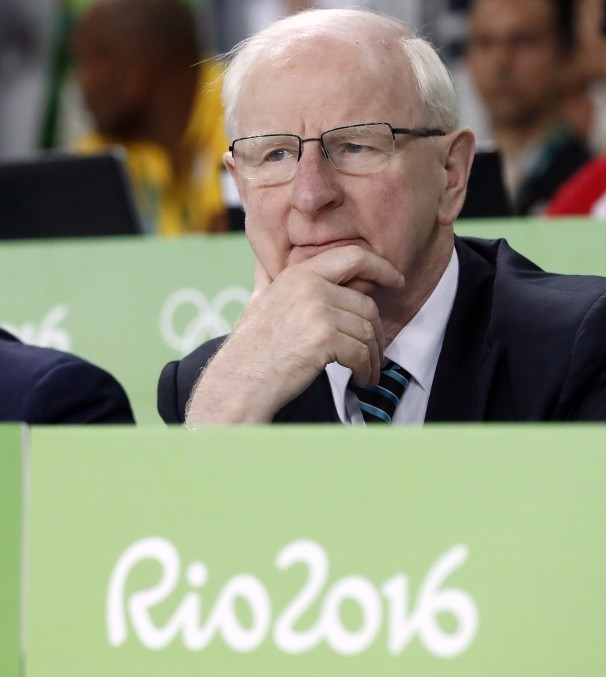 There is no evidence of former Olympic Council of Ireland (OCI) President Patrick Hickey being linked to anything illegal or financial impropriety following his arrest in Rio de Janeiro last year, a report to be published later this month is expected to conclude, it has been reported.

Hickey, a member of the International Olympic Committee (IOC), was arrested nearly a year ago during Rio 2016 and accused of a number of ticketing offences.

Hickey has denied all the allegations and now seems set to be supported by an independent report conducted by Justice Cearbhall Moran and expected to be made public soon, the Irish Independent reported today.

Moran's 226-page report is critical of the lack of cooperation from Hickey, the IOC and Rio 2016.

He admits there may be "information significant to issues herein of which the inquiry is unaware by reason of the silence of the parties not participating", the Irish Independent report.

Moran, however, recommends against pursuing the inquiry.

Hickey was arrested during the Olympic Games on August 17 and is currently at home in Ireland waiting to find out whether he will ever stand trial.

His legal team have warned against publication of Moran's report as, they claim, it might prejudice planned proceedings in Brazil.

The Irish Government, though, is set to publish the report next week.

According to the Irish Independent, Moran employed forensic lawyers to study the OCI's accountancy practices and did not find any mismanagement of funds.

The report is critical that a sterling bank account set up with Lloyds Bank before London 2012 continued to be used by the OCI after those Olympic Games.

Moran also claims that Hickey was more concerned with the commercial arrangements of the OCI's deal with ticketing company THG, owned by Britain's Marcus Evans, than ensuring that supporters from Ireland wanting to attend the Olympic Games were properly serviced.

Hickey is criticised for a number of governance issues, including failing to keep proper records of all meetings of the OCI Executive Committee.

Hickey, who has stood down from his role as President European Olympic Committees and is self-suspended from the IOC, where he is a member of the ruling Executive Board, criticised the Irish Government during an interview in June for not doing enough to help him following his arrest at 6am in his hotel room in Rio de Janeiro on August 17 last year.