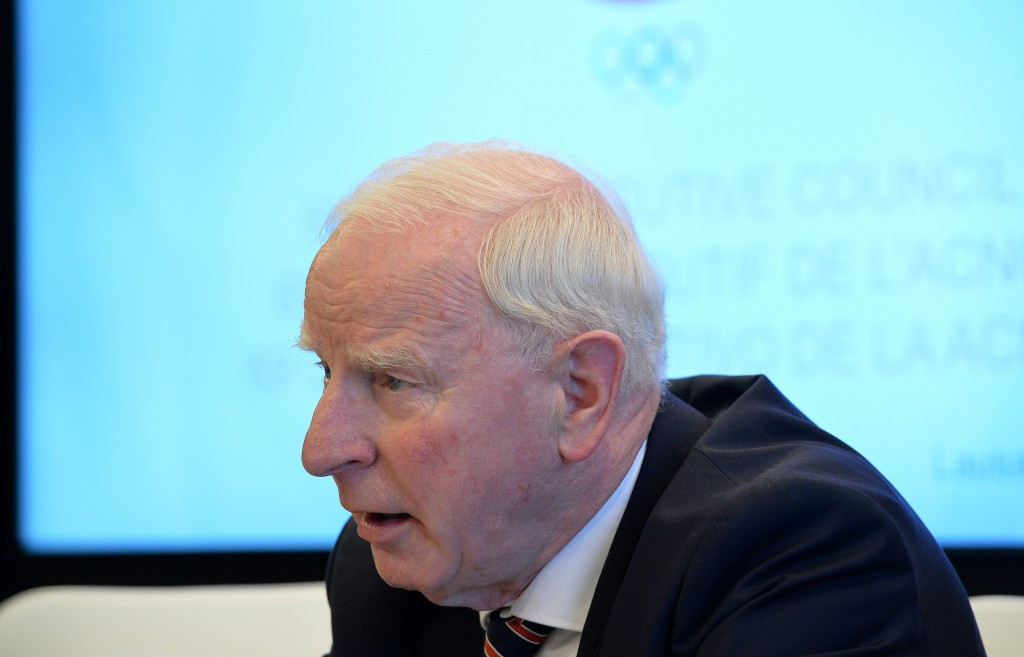 The Slovenian confirmed he would stand to replace Hickey on a permanent basis at the election due to be held later this year.

Hickey was arrested during a dawn raid at the Olympic Games in Rio de Janeiro last August and briefly held in a high security prison before being detained under a house arrest.

Hickey has denied all the charges against him.

He has been President of the EOC since 2006.

Hickey's latest four-year term is due come to an end at their General Assembly, scheduled to take place in Zagreb on November 24 and 25.

Kocijančič told insidethegames that the EOC do not expect the legal proceedings against Hickey to be completed before the General Assembly in Zagreb on November 24 and 25, meaning a new President will be elected.

"We do not expect that the procedure against Patrick Hickey in Brazil will be finished by then,” he said following a meeting of the EOC Executive Board.

"It is a short period of time."

He temporarily stood down from his international roles following his arrest and was replaced as President of the Olympic Council of Ireland by Sarah Keane in February.

He remains a suspended member of the International Olympic Committee (IOC) Executive Board and as first vice-president of ANOC, as well as the EOC.

Kocijančič did not rule out a return for Hickey to the EOC in the future and reiterated the organisation’s support for him.

"First of all, he was our President and he did a decent job," Kocijančič said.

"We consider, as we said on several occasions, that he is not guilty of the criminal offences he is accused of.

"We hope he will be able to prove it in the legal procedure, which is happening in Brazil.

"For the time being, it is not possible for him to return.

"What will happen afterwards, I do not know.

"It depends on his decision and the decision of his electorate, which is the Olympic Council of Ireland.

"But in every case we will treat him with respect and when this story finishes we will decide about it."

Kocijančič, head of the EOC since Hickey’s temporarily suspended himself, confirmed he would be a candidate for the election.

The 75-year-old will have his candidacy proposed by the Olympic Committee of Slovenia.

"The Olympic Committee of Slovenia declared, because they wanted to play open cards, that they will propose me,” Kocijančič, the EOC’s vice-president since 2013, said.

Following the official opening of nominations it is expected that candidates for President, as well as vice-president, secretary general and treasurer, will be put forward.

Nominations are then expected to close around two weeks before the General Assembly.