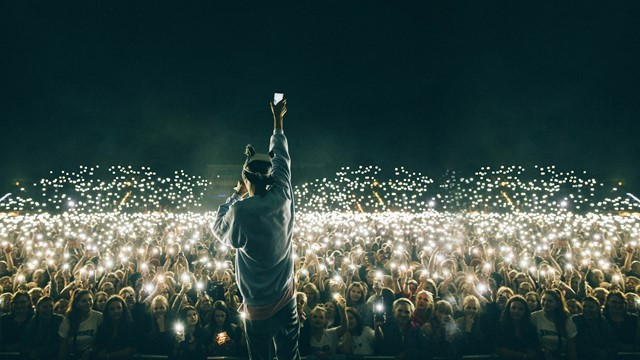 German rapper and producer Cro has been announced as the headline act at the ARAG Big Air Freestyle Festival, which runs alongside an International Ski Federation (FIS) World Cup event in Mönchengladbach.

Organisers of the Snowboard Freestyle World Cup confirmed Cro will perform at the event on December 2.

Cro is known for wearing a panda mask and his blend of rap and pop, which he calls "raop".

The 27-year-old, who is one of Germany's most famous artists, will present his album called "Fake You", due to be released next month.

The ARAG Big Air Freestyle Festival is set to be the only show Cro plays in the North Rhine Westphalia region.

Organisers of the event in the German resort are due to unveil the second headline act in the coming months.

The popular event, which combines sport and music, is likely to attract around 20,000 spectators.

It will also offer big air freestyle snowboarders the chance to earn vital qualification points for the 2018 Winter Olympic Games in Pyeongchang, which run from February 9 to 25.

Big air snowboarding will be making its debut on the Winter Olympic programme at Pyeongchang 2018.

It is hoped a successful event will pave the way for big air skiing to secure a place at Beijing 2022.