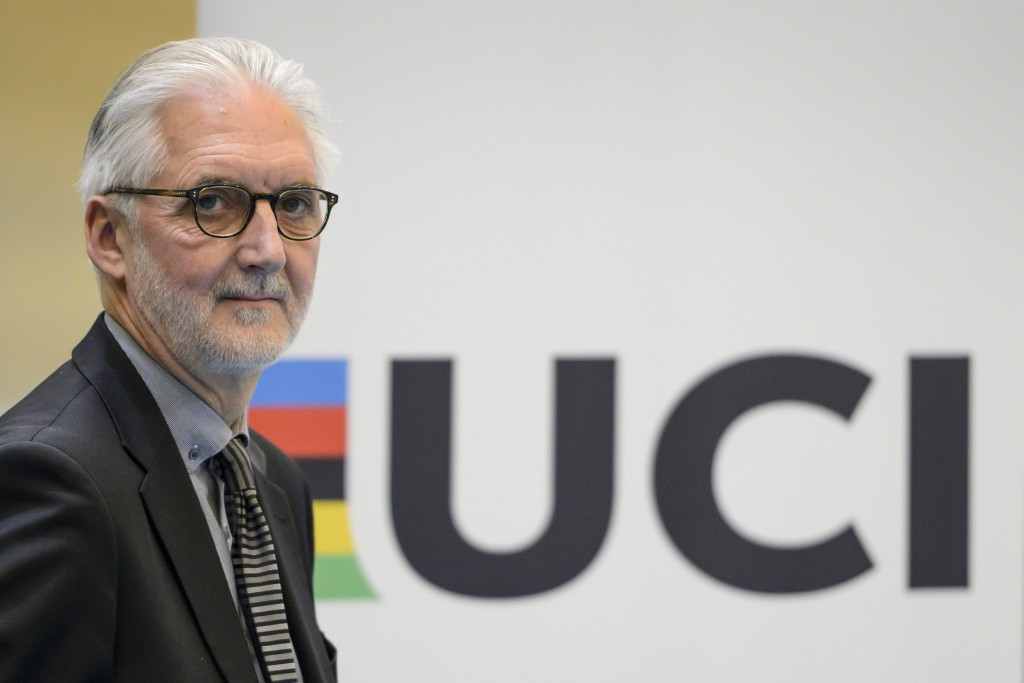 International Cycling Union (UCI) President Brian Cookson believes he boasts substantial support in his bid to be re-elected at the governing body’s Congress in September.

The Briton is being challenged by France’s David Lappartient, a UCI vice-president and President of the European Cycling Union (UEC).

It has been thought that Cookson enjoys support in Africa, the Americas and Asia, while Lappartient is believed to have strong backing in Europe.

A total of 45 delegates are due to vote at the Congress on September 21, with Europe having the largest bloc with 15 votes available.

Africa, the Americas and Asia each have nine voting delegates, while Oceania have three.

Cookson believes he enjoys support in each of the regions and expressed his view that he was currently leading his rival but claimed he was not complacent heading into the final weeks of campaigning.

"I think I have very substantial support in all of those areas and I think even though David might be the President of the UEC, I do not think he has all of those votes," Cookson said.

"There will be quite a few who are sympathetic and supportive of me and understand the progress that has been made in the last four years.

"We do not want to jeopardise it and go backwards.

"I think I have a lot of support around the world and I will be meeting with people over the next couple of weeks to consolidate that."

Cookson has prioritised accelerating international development, championing cycling for transport and leisure, ensuring equal opportunities for men and women to participate and compete in his manifesto.

The 66-year-old has also expressed his desire to building on restored credibility and ensuring the UCI continues to drive excellence in operations.

Cookson ousted Ireland's Pat McQuaid from the UCI hot seat in 2013 and has had his leadership of the organisation criticised by his former rival.

McQuaid claimed the UCI director general Martin Gibbs made decisions at the governing body, rather than Cookson, and stated he would definitely support Lappartient.

"I think there needs to be a change of President because I think Brian's been a fraud," McQuaid told cyclingnews earlier this month.

"The President is supposed to be the leader, he's supposed to captain the ship, make the political decision, and lead the UCI as an organisation.

"Brian does neither of those, it's Martin Gibbs who takes all the decisions."

Disgraced American Lance Armstrong and former manager Johan Bruyneel are among those to have also criticised the Briton.

Armstrong, stripped of all seven of his Tour de France titles for doping, and Bruyneel took to Twitter to lambast the British incumbent.

The 45-year-old Texan responded with "ABC: Anyone But Cookson" in response to a Tweet from Lappartient announcing his candidacy for the role.

Bruyneel took to social media to claim Cookson had not kept to his manifesto points from his successful election in 2013.

"Brian, I spared myself the time of reading your manifesto," Bruyneel replied to Cookson's Tweet outlining his plans for the governing body should he be re-elected.

"You wrote a beautiful one 4 years ago, promised heaven and you did nothing…"

Cookson has repeatedly claimed he does not want the support of Armstrong or McQuaid, arguing their opposition to him was an endorsement of the work he had done over the past four years.

"Just look back at where we were in 2013 and the spectre of people have risen up again to make comment in the last couple of days," Cookson said.

"People can remember what a disastrous situation the UCI was in then.

"I was the one who put my head above the parapet then, if you talk about leadership, no-one else wanted to take that on and challenge the status quo and the people who had run cycling into the ground in the previous period."

Lappartient has prioritised strengthening the authority of the UCI with "real and effective leadership", which would place the organisation at the service of national federations, "making cycling a sport for the 21st Century".

Developing an ambitious vision for professional cycling and ensuring credibility of sporting results and protecting athletes are also part of the "five pillars" in his manifesto.

When asked whether he agreed with an assessment that Lappartient was more interested in his personal ambition than cycling, Cookson agreed and claimed it was the difference between the two candidates.

"I am interested in the progress, development and status of our sport, that is the most important thing to me," he said.

"I am not a politician by background.

"I am a cyclist and a professional administrator myself and I am used to working in partnerships with people from all different sectors to make things happen, which is very close to what we do the UCI.

"I will let David speak for himself on what his ambitions are and what his place in the world is, but I am confident what I am doing is the right thing, not just for Brian Cookson, but more importantly for the UCI and the sport of cycling."