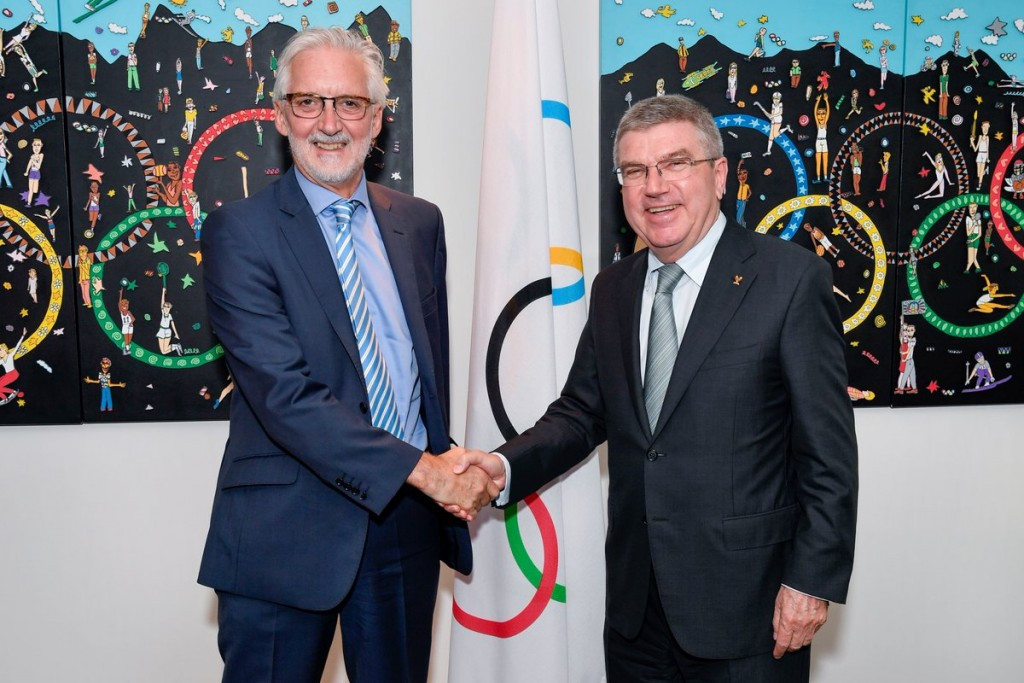 The Briton confirmed the UCI's role at a media round-table here today, called as he seeks re-election for another term.

Plans for an ITA, which would take over all aspects of doping control at major events, were approved by the IOC Executive Board earlier this month.

It is planned to be launched in time for next year's Winter Olympic Games in Pyeongchang, but it is likely this will be in a preliminary form.

It is hoped that the new body will ultimately replace International Federations and event organisers as the primary body responsible for drugs testing.

Core responsibilities will involve in and out of competition testing, case management in the event of failed tests and therapeutic use exemptions.

Additional tasks could also be carried out if required, such as analysis of athlete biological passports, further case management on appeal and the storage of samples and reanalysis.

Larger bodies, such as the UCI and International Association of Athletics Federations, were thought not to be interested in the ITA, claiming instead that their existing programmes have been a success.

Cookson, however, said that the UCI have agreed to help following a meeting with IOC President Thomas Bach.

The Briton believes the ITA can utilise the UCI’s expertise, honed through the governing body's own Cycling Anti-Doping Foundation (CADF).

"He [Bach] was aware of all of that of course.

"He asked me if we would like to be involved in advising and helping set up the ITA, so other sports can perhaps learn from the lessons we had to learn.

"I am not saying our example will work for every sport but we have got some important lessons that we have learned, which can be inputted into that process.

"He is going to be setting up a working party and we are going to be helping through the CADF and the UCI Management Structure."

The ITA will be based in Switzerland and is expected to be controlled by a small Board of five individuals.

At least two will be "completely independent", including the chairman, while there will also be a "non-voting" representative from the World Anti-Doping Agency (WADA).

International Federations will pay varying amounts, depending upon what support they receive.

It is currently thought that around 22 of the 28 Summer Olympic International Federations are interested in working with the ITA.

Cookson will point to the establishment of the ITA as further evidence of the UCI’s improved standing within the Olympic Movement.

The 66-year-old recently highlighted the addition of madison and BMX freestyle to the Tokyo 2020 Olympic programme as evidence of the governing body boosting its position with the IOC.

Cookson's sole challenger for the UCI Presidency, David Lappartient, countered this claim earlier this month by suggesting track cycling's 150 kilometre switch south from Tokyo to Izu showed a the lack of a strong cycling representative among the IOC.

Track events were moved to Izu from Japan's capital as a cost-saving measure, leading to fears that athletes and fans will not feel a part of the Games.

Cookson played down the importance of the move to Izu, however, and suggested the addition of the new events highlighted the IOC's positive view of cycling.

"Previously, we have had to give stuff away to make progress, this is the first time we have had a clean increase," he said.

"I think it really underpins what the IOC think of cycling, it is not about personal position on the IOC, it is about our reputation as a sport.

"When you are negotiating with the IOC and Organising Committees, there are things you have to talk about and expect from time to time.

"There are things that require discussion and negotiation, that is part of what happened and while the track events being some way away might be an inconvenience to some people, the vast majority will watch on television and it won't matter where it is.

"We have guarantees from Tokyo 2020 and the IOC that the athlete experience will be just as good.

"We have to all ensure the cost of the Olympic Games don't skyrocket and if that is what we have to do that is fine."

The election is due to take place at the UCI Congress in Bergen in Norway on September 21.