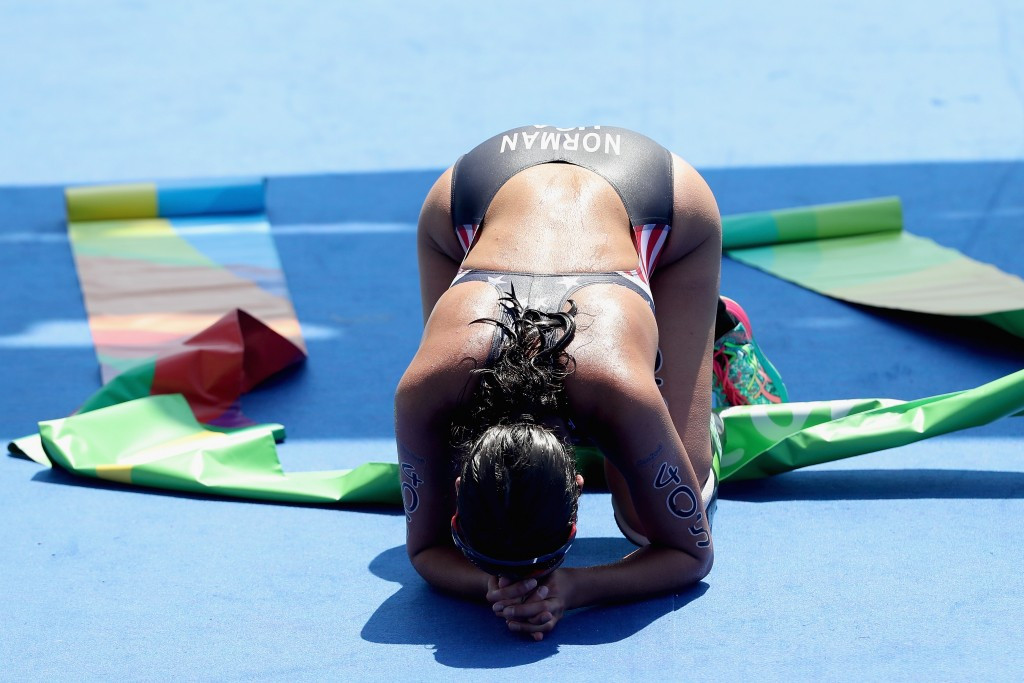 Paralympic gold medallist Grace Norman of the United States beat Britain's Lauren Steadman in their first competitive meeting since Rio 2016 to finish first in the women's PTS5 category at the World Paratriathlon Series event in Edmonton.

Norman, who finished in front of Steadman in the PT4 classification to secure the title at last year's Paralympic Games in Rio de Janeiro, clocked a time of 1 hour 10min 44sec.

Steadman again had to settle for silver behind the American, while bronze was claimed by Kate Doughty of Australia.

Liisa Lilja of Finland ended the American domination of the women's PTS2 category as she crossed the line in 1:27:10, edging Paralympic silver medallist Hailey Danz to seal victory.

The bronze medal in the classification went to Britain's Fran Brown.

Dutchman Geert Schipper topped the podium in the men's PTWC to record his second World Paratriathlon Series win of the season.

Australia's Emily Tapp followed suit in the women's PTWC class, overcoming sole challenger Margret Ijdema of the Netherlands with a time of 1:23:07.

Geoffrey Wersy of France won the men's PTS2 as he edged Moroccan-born Mohamed Lahna by a narrow 0.06sec margin, clocking 1:14:48.

Lahna improved on the bronze medal he claimed in Yokohama with silver as he crossed the line in front of Spaniard Lionel Morales.

There was further success for Britain in the men's PTS4, with Steven Crowley taking victory in a time of 1:07:44.

Hideki Uda of Japan and Joel Rosinbum of the United States were second and third respectively.

Canadian Stefan Daniel delivered gold for the host nation in the men's PTS5, completing the course in 1:00.04 to comfortably beat Britain's George Peasgood.

Carlos Rafael Viana of Brazil was the recipient of the bronze medal.

Aaron Scheidies of the US triumphed in the men's PTVI classification in a time of 1:04:09 as he ousted Britain's David Ellis to clinch the gold medal.

The women's PTVI honours were claimed by Australia's Katie Kelly, who clocked 1:13:03 to finish ahead of American duo Elizabeth Baker and Amy Dixon, silver and bronze medallists respectively.