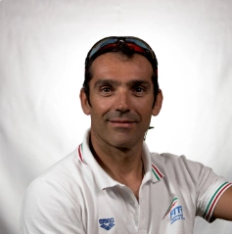 Hosts Italy were one of three nations along with Great Britain and France to claim two gold medals at the International Triathlon Union Para-triathlon World Cup in Iseo.

Alexis Hanquinquant also struck gold for the French in the men’s PTS4 competition, registering a time of 1:06:37.

Among the other athletes triumphing was Finland’s Liisa Lilja, who won the women’s PTS2 event in 1:27:53.

Russia’s Veronika Gabitova was the runner-up in 1:43:52, while Italy’s Veronica Yoko Plebani completed the podium in 1:53:47.

Croatia’s Antun Bošnjaković also tasted victory, claiming the men’s PTS3 title in 1:36:31, along with Russia’s Anna Plotnikova, the winner of the women’s PTS3 event in 1:28:42 with France’s Elise Marc second in 1:29:36.

Completing the list of winners were Spain’s Jairo Ruiz Lopez and Serbia’s Lazar Filipovic as they secured the men’s PTS5 and men’s PTVI events respectively.