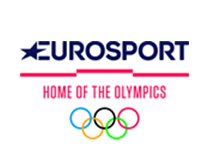 The Olympic Channel and Discovery Communications today unveiled a collaboration which will see programming delivered to 50 European countries via Eurosport.

It is claimed the deal will "engage a new, younger and wider audience in Europe with the Olympic Movement".

Discovery penned a contract with the International Olympic Committee (IOC) in June 2015, which saw Eurosport become the continent's Olympic broadcaster from 2018 to 2024.

The new agreement, which will see programming due to launch on August 2, will allow viewers to see Olympic Channel-branded content across Eurosport and Eurosport Player.

There will also be an Olympic Channel digital portal on Eurosport's website.

"The IOC has been an extremely strong partner during the preparations for our first Games as home of the Olympics at Pyeongchang 2018," Eurosport chief executive Peter Hutton said.

"We are pleased this new collaboration will deepen our relationship and extend our Olympic storytelling even further.

"I think we share the same vision as the Olympic Channel.

"We are trying to make the Olympic brand something that lives year round and take it to a younger audience through entertaining and challenging content across short form and long form.

"I think this new agreement is a strong and practical arrangement that helps us to make the most of our content and the Olympic Channel's and encourages us both to go out and commission new stories that help make the Olympic brand more relevant than ever."

Eurosport will produce new and exclusive original content across all platforms and will have access to original series, news and other features.

Programming is set to be broadcast in peak viewing hours and will include 60 minute specials, short form videos and an annual week filled with constant Olympic sports programming and content.

The Olympic Channel will promote Eurosport’s platforms, its coverage of live sporting events and their Games-time broadcasting.

Eurosport's coverage will complement the Olympic Channel, launched by the IOC following the Closing Ceremony of Rio 2016 in August.

"As we approach our one-year anniversary, this new partnership is an important step as we continue to grow and expand the platform across the globe with localised versions further enabling fans to discover, engage and share in the power of sport and the excitement of the Olympic Games."

The agreement runs through to 2024, which coincides with the duration of Discovery Communications' current tenure as exclusive multimedia rights holder for the Olympic Games in Europe.