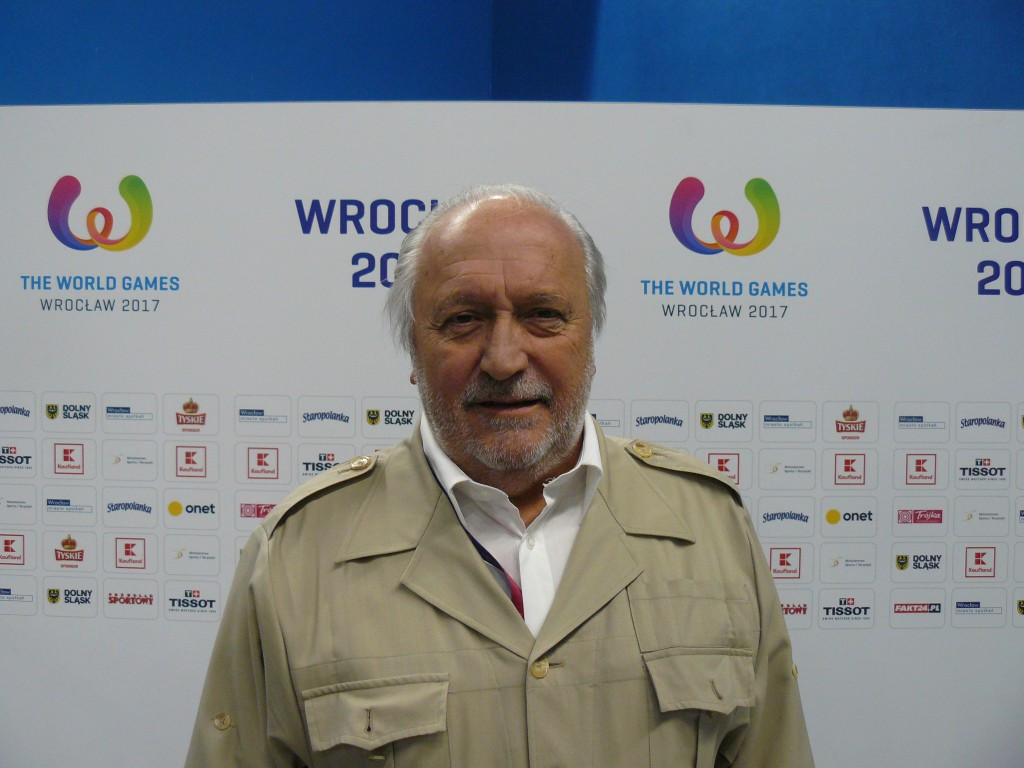 Jacques Fontaine, the President of the World Squash Federation (WSF), is "reasonably confident" his organisation's bid to get onto the 2024 Olympic Games programme will be successful.

Squash is currently making its fifth appearance in the World Games, the quadrennial multi-sport event for non-Olympic sports and disciplines, in the Polish city of Wrocław.

The sport was one of three nominated events to not be recommended by Tokyo 2020’s Additional Events Programme Panel, along with bowling and wushu.

Baseball and softball, karate, skateboarding, sport climbing and surfing were added to the Games schedule in the Japanese capital by the International Olympic Committee (IOC).

It followed previous failures by the WSF to be added to the programme for both London 2012 and Rio 2016.

However, Fontaine's election in November appears to have injected fresh hope into the organisation and the Frenchman is positive about its future chances.

"I honestly think squash deserves to be an Olympic sport," the Frenchman told insidethegames.

"We have failed several times but the feeling within the squash family is that it is something we deserve.

"Now we just have to acknowledge that the past is the past and concentrate on the new bid we are preparing which, I hope, will bring a better result.

"I was elected on a programme which included a new bid for the Olympics and to build close relationships with the professional sector of our sport.

"I must say I am reasonably confident because we have made such big progress."

Fontaine has already ticked the latter box of his manifesto after it was announced in January that the WSF agreed in principle to adopt a new Memorandum of Understanding with the Professional Squash Association.

An independent review commissioned by the WSF concluded in November it is "generally agreed" that joining the Olympic programme should remain a priority for the sport despite failing for the third consecutive time to be added last year.

Malaysia's Nicol David, currently ranked sixth in the world and the winner of the last three World Games titles in 2005, 2009 and 2013, said she is certain that the sport will appear at the Olympics one day.

"I think the criteria has changed every time we have applied," David, who defeated Belgium's Nele Gilis 11-9, 12-10, 11-7 to reach the semi-finals here today, told insidethegames.

"Squash has ticked all the boxes and we have done everything we could.

"At the end of the day it is up the IOC and what they want.

"Squash will get onto the Olympic programme eventually and I think Games like this give the sport the recognition it deserves from the IOC.

"They can see how strong squash is and how much it has grown in the years we have campaigning because we keep raising the bar and building our sport."