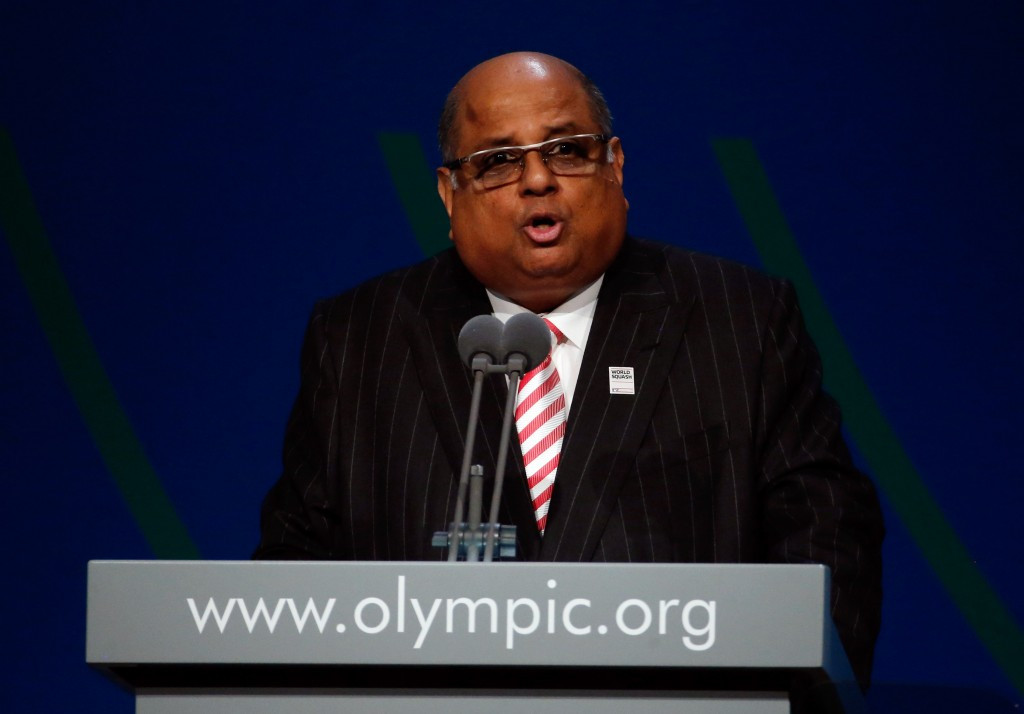 The Professional Squash Association (PSA) has launched a scathing attack on the World Squash Federation (WSF) which describes its President N Ramachandran as an "embarrassment to the sport" and blames the world governing body for the repeated failure to secure inclusion on the Olympic programme.

Squash was one of three nominated sports to not be recommended by Tokyo 2020’s Additional Events Programme Panel in September, along with bowling and wushu.

Baseball and softball, karate, skateboarding, sport climbing and surfing were the five put forward, with more deliberations to be made by the International Olympic Committee (IOC) ahead of a final decision set for next summer's IOC Session in Rio de Janeiro.

Speaking to the Press Trust of India, PSA chief executive Alex Gough confirmed that a 17-point document, prepared by the PSA along with some National Federations, was produced at the WSF Annual General Meeting in Nice last week which strongly criticised the WSF.

England's Nick Matthew, a three-time world champion and current world ranked number two, has suggested that the PSA, who manage the World Tour, should assume responsibility for the sport's Olympic aspirations from the WSF.

Ramachandran, whose year has also been clouded by so far unsuccessful attempts to overthrow him as Indian Olympic Association (IOA) President, told insidethegames last month that such questions were unsurprising but insisted the WSF will continue to grow squash.

"President Ramachandran's grip on the WSF has tightened, seemingly to an unprecedented degree," the PSA claims in its document.

"This has occurred simultaneously with the escalation of his well-publicised troubles as the President of the Indian Olympic Association and inherent conflicts of interest, motions for Ramachandran's ouster as the leader of the IOA at a special general meeting, and a judgement against Ramachandran by the Indian courts stripping him of a 2011 award on the grounds that he did not meet any of the criteria necessary for the recognition.

"Even if viewed in the best light with no presumption of misconduct, his present circumstances must be viewed at a minimum as a serious distraction from his role of representing the sport of squash, and certainly as an embarrassment to the sport during this important time."

Squash’s aspirations for London 2012 were ended when the sport lost out on a "voting technicality" - Ramachandran claims - and four years later it narrowly lost out to rugby sevens and golf for inclusion at Rio 2016.

In 2013, it was shortlisted as a "new" sport ahead of rock climbing, karate and roller sports, before being "side-lined", in the words of Ramachandran, when the IOC reintroduced wrestling for Tokyo 2020.

"During the last several decades, despite an increasingly successful professional tour and having made enormous strides in both broadcasting and presentation, squash has peaked in participation and public interest, and has been unsuccessful on several occasions in gaining entry as a sport into the Olympic Games," added the PSA statement.

Ramachandran, whose current term ends next year, has sent a message to all WSF Member Federations saying he and his Board "have done and shall continue to do nothing but our best for squash".

He added: "I must emphasise that I recognise the criticisms and will do my best to respond to their intent and the wishes of members in the short time that remains for my Presidency."

The WSF has told insidethegames it will not be providing any further comment on the matter at this time.