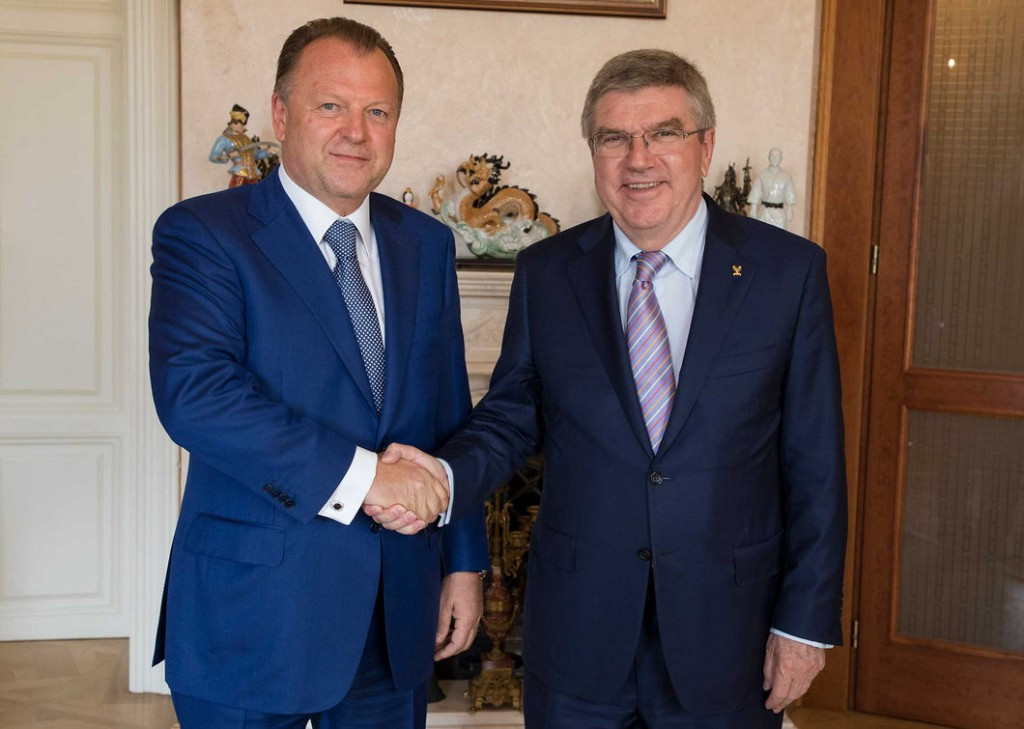 "Friendly talks" have taken place by Marius Vizer and Thomas Bach's, the respective Presidents of the International Judo Federation (IJF) and International Olympic Committee (IOC), during a meeting in Budapest.

It marks one of their first official gatherings since Vizer fiercely criticised Bach during the 2015 SportAccord General Assembly in Sochi.

Vizer launched a scathing attack on the IOC in front of Bach during his opening address at the meeting, accusing them of running a system that is "expired, outdated, wrong, unfair and not at all transparent".

He was swiftly hounded out of his SportAccord Presidency as the IOC masterminded a flurry of withdrawals from member federations.

The two officials have rarely met since, although they did speak informally when jointly presenting Kosovo with their first Olympic gold medal in Rio de Janeiro in August after Majlinda Kelmendi triumphed in the women's under-52 kilograms judo.

Neither the IOC nor the IJF revealed in detail what was discussed at the latest meeting.

Vizer has seemingly been overlooked once again despite heading the IJF since 2007.

On the other hand though, the IJF were successful in convincing the IOC Executive Board to add a mixed team judo event to the Olympic programme in Tokyo.

Bach also plans to attend the IJF World Championships taking place in the Hungarian capital between August 28 and September 3.

"They were welcomed by the President of the IJF, Mr Marius Vizer, as well as IJF general treasurer, Mr Naser Al Tamimi, and IJF vice-president, Mr Obaid Al Anzi.

"The guests visited the premises of the Presidential Office and had friendly talks regarding the upcoming IJF World Championships to be held in Budapest...and other judo development related matters."

Both Bach and Vizer also met with Association of National Olympic Committees President Sheikh Ahmad Al-Fahad Al-Sabah in Budapest during the ongoing the ongoing International Swimming Federation World Championships there.