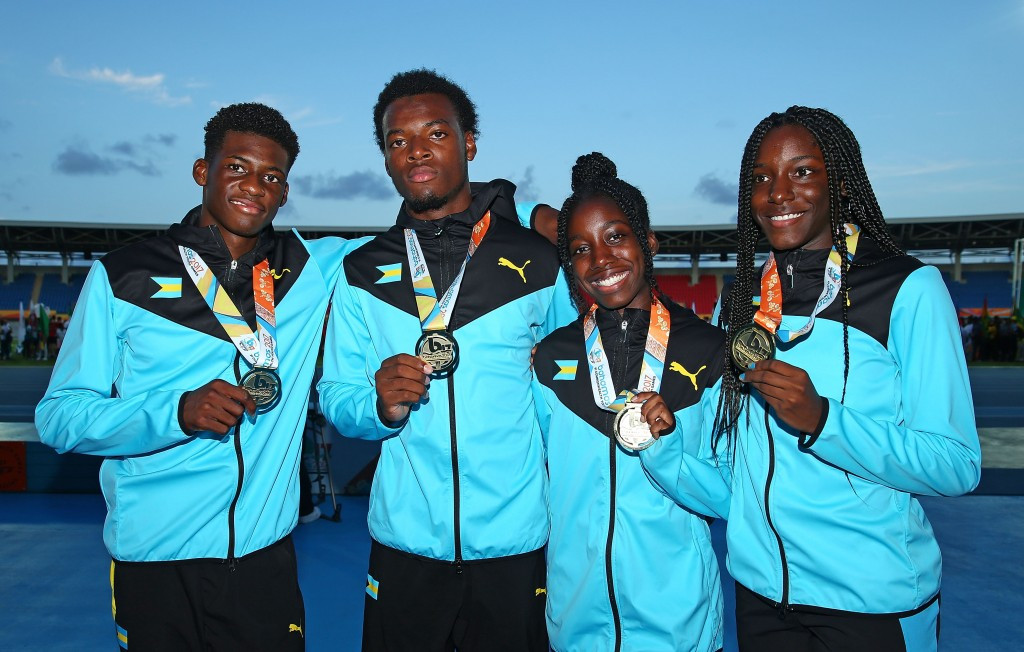 The Bahamas ended their wait for a gold medal at their home Commonwealth Youth Games as they finished first in the mixed 4x200 metres relay on the last day of competition here today.

The hosts had 12 medals to their name coming into the final session of athletics but ensured they finished the event in golden style thanks to the exploits of Doneisha Anderson, Kayvon Stubbs, Joel Johnson and Denvaughn Whyms.

The Bahamian quartet finished in 1min 31.50 to beat England and Botswana, silver and bronze medallists respectively.

Their victory was met with rapturous applause from the home crowd, who had been waiting for almost the entirety of the event to see an athlete representing the host country stand on the top of the podium.

Australia marked the sixth and final day of the event by sealing four gold medals.

Their charge was led by the impressive pair of Riley Day and Neil Van Rensburg, whose performances would both have been enough for medals at the World Under-18 Championships in Nairobi earlier this month.

The pair were denied the chance to compete in the Kenyan capital, however, as Australia were one of six countries to withdraw from the event, along with the United States, Britain, Switzerland, New Zealand and Canada, due to security concerns.

Day, Australia's Flagbearer during the Opening Ceremony here on Tuesday (July 18), ran quicker than the time posed by Talea Prepens on her way to the 200m gold medal in Nairobi.

The Australian strode away from the rest of the field and clocked 23.42sec, 0.09 seconds faster than the German, to seal the Commonwealth Youth Games crown.

Beyonce Defreitas of the British Virgin Islands held on for the silver medal and bronze went to another Australian, Ella Connolly.

His effort would have been good enough for the bronze medal at the World Under-18 Championships.

The 16-year-old comfortably finished ahead of Tyriq Horsford of Trinidad and Tobago, who earned the silver medal.

They beat teams from the Jamaica and The Bahamas, silver and bronze medallists respectively.

Their pedigree in the relays continued when they secured the gold medal in the mixed 4x400m relay as Jake Doran, Ella Conolly, Day and Ben Schmidtchen surged to victory.

England received silver and The Bahamas the bronze.

Northern Ireland also saved their best performances until last as they topped the podium in both the boys' 200m and the girls' high jump.

Aaron Sexton sealed an excellent victory in the boys' 200m by clocking 21.57 as he defeated Dominica's Daniel Mahautiere, whose silver was his country's first of the Games.

Silver went to Emily Whelan of Australia and New Zealand's Imogen Skelton did enough for bronze.

Jamaica's Johnelle Thomas bagged her nation's second gold on the track by winning the girls' 400m hurdles in 59.40.

She was too strong for her challengers as she crossed the line ahead of silver medallist Sharelle Samuel of Canada, while Thomas' compatriot Terice Steen sealed bronze.

Much like The Bahamas, Guernsey also left it until the final day of competition to secure gold as Alastair Chalmers ran 51.22 to take gold in the boys' 400m hurdles.

Australia ended the athletics programme at Bahamas 2017 at the top of the medals table with 17, eight of which were gold.