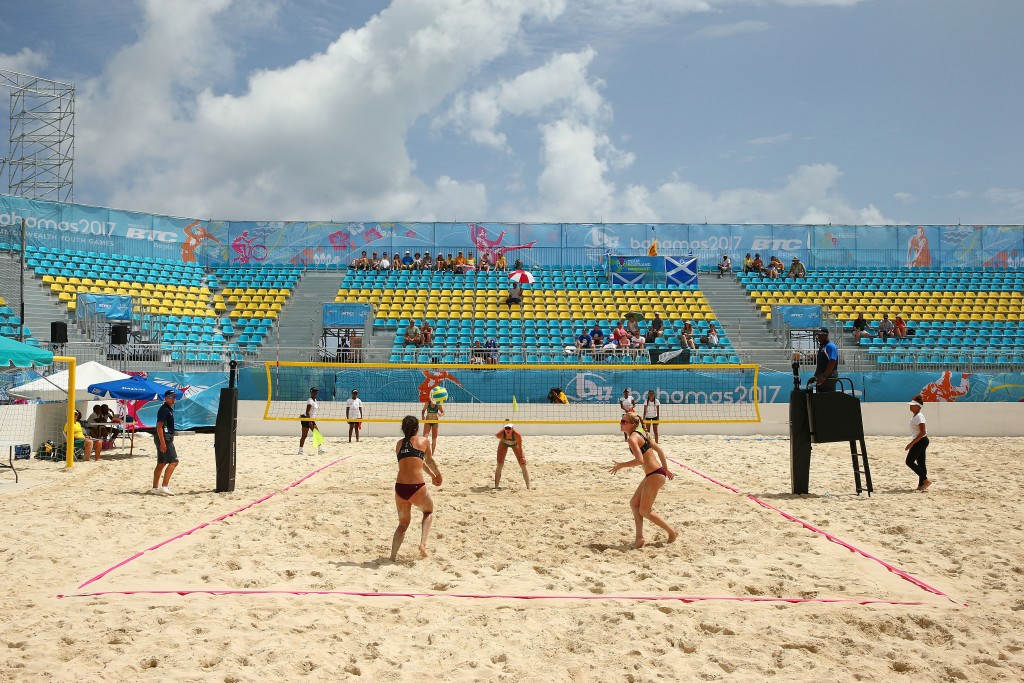 The Australian pair proved far too strong for their fierce rivals as they swept aside the New Zealand pair 21-13, 21-13 in 29 minutes at the Bahamas Football Association National Stadium.

The boys title was secured by England's Javier and Joaquin Bello, who overcame Sotiris Siapanis and Constantinos Skordis of Cyprus 21-16, 21-14.

Australia wrapped up third place in the boys' event with a comfortable straight sets win over Ghana.

Beach volleyball will make its debut on the main Commonwealth Games programme at Gold Coast 2018.

History was also made at the same venue as beach soccer's Commonwealth Youth Games debut culminated in Trinidad and Tobago topping the girls' podium and Saint Lucia winning the boys' event.

Trinidad and Tobago, who had tasted gold medal success in the Commonwealth Youth Games for the first time in last night thanks to Adell Colthrust's 100m victory, beat Jamiaca 5-4 in the final.

The bronze medal went to the Turks and Caicos Islands as they edged the host nation 3-1.

Trinidad were denied a clean sweep of the beach soccer titles on offer as their boys team were beaten 6-2 in their gold medal clash against Saint Lucia.

The Bahamas delighted the home crowd inside the venue, used for the FIFA Beach Soccer World Cup earlier this year, by taking bronze with a 5-4 win over Antigua and Barbuda.

The sixth edition of the Commonwealth Youth Games is due to conclude tomorrow with the final day of action and the Closing Ceremony.