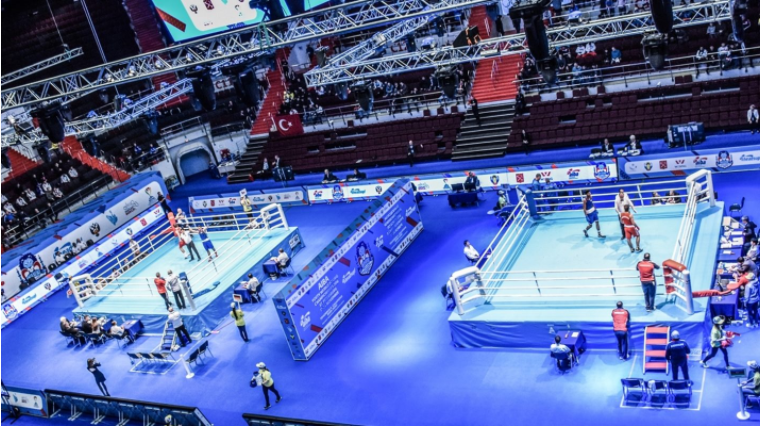 Russia and Ukraine are among the countries who have bid for the 2019 International Boxing Association (AIBA) World Championships.

Boxing Federation of Russia (BFR) President Umar Kremlev has told the country's official news agency TASS that it has submitted a bid for both the 2019 World Championships and the 2018 AIBA Congress.

The BFR is proposing Sochi, which staged the 2014 Winter Olympic Games, as a host city.

Sochi and Tashkent, capital of Uzbekistan, missed out when AIBA awarded hosting rights for the 2017 Worlds to Hamburg in October 2015.

The Ukrainian Boxing Federation has also revealed they have submitted a bid for the 2019 World Championships, according to Dmitrij Gajstruk, an advisor to the body’s President, Vladimir Prodivus.

"All were satisfied with the level of organisation of the European Championships in Ukraine and the Boxing Federation felt the strength to hold tournaments of this level, with the next step bidding for the 2019 World Championships," Gajstruk told the Ukrainian media.

The start of the Championships were overshadowed, though, when nine members of Russia’s, including top boxer Georgy Kushitashvili, were denied entry to Ukraine.

It was alleged all nine people had illegally visited Crimea, which Russia annexed in 2014 in the face of international protests.

Ukraine has never hosted the biennial World Championships, while Moscow staged the fifth edition of the event in 1989.

It is claimed the bids reflect AIBA’s efforts to expand on previous editions with heightened marketing and media coverage, vital new partnerships and a complete upscaling of boxing’s most prestigious event.

Final presentations are due to be made during the upcoming AIBA Executive Committee, scheduled to be held in Moscow on July 24 and 25.

The winning bid will then be announced at this year’s World Championships in German city Hamburg, where action is set to take place from August 25 to September 2.

In March, AIBA overhauled its bidding process for all World Championships to reflect what it describes as a growing demand from global broadcasters, brands and agencies to develop their boxing programming.

The body says it has already achieved a 100 per cent upscale of the tender in comparison to the 2017 edition and aims to continuously increase revenue streams in all areas of the sport during this current Olympic cycle.

"The quality of bids and the competition to host our flagship tournament reflects everything that AIBA has been working towards to grow boxing’s audience and give the sport and its athletes the profile they deserve to perform on," AIBA President C K Wu said.

It followed the announcement of a deal with global sports giant Adidas to become the official sponsor of the event.

"The quality of sponsorships and partnerships with the likes of Adidas and Borgward that we have been able to put in place for Hamburg show the attractiveness of boxing’s values and its universal appeal around the world," Wu added.

"We have global capital cities that want to share in the glow of this new golden age for the sport and host the men’s tournament in 2019."