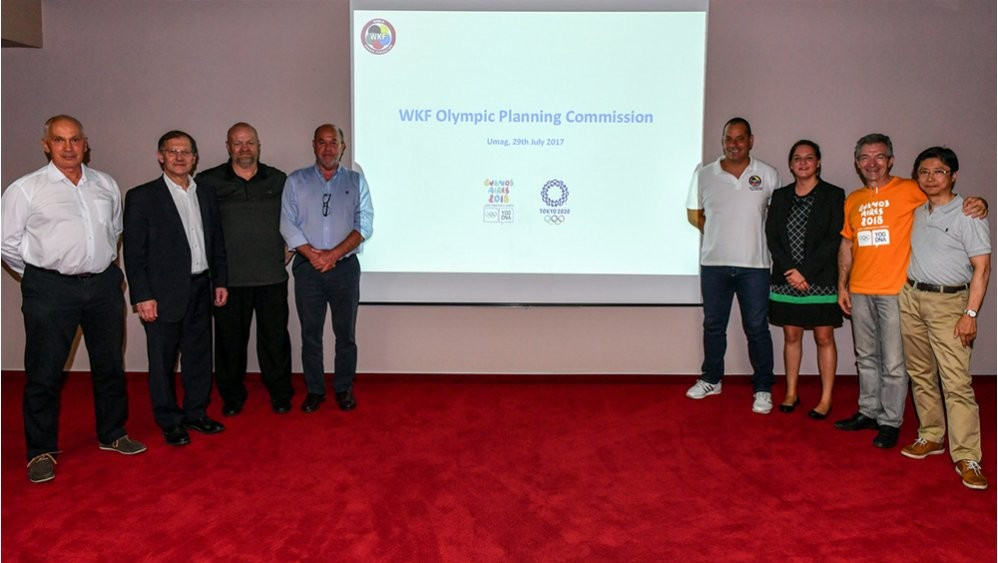 A new working group has been formed by the World Karate Federation (WKF) to help with the implementation of the sport’s qualification process for the two Olympic events.

During a meeting of the WKF Olympic Planning Commission during the recent Karate1 Youth Cup in Umag, Croatia, it was decided that a new group should be created to help with preparations at the Buenos Aires 2018 Youth Olympics and Tokyo 2020 Summer Olympics.

This led to the establishment of the WKF Ranking Commission, which will deal with issues surround world rankings and how qualification for the Olympics is organised.

Toshihisa Nagura will lead the group and the other members will be Davide Bentello, Francis Didier and Mariola Zarco.

It was confirmed during the meeting that the qualification system for Tokyo 2020 will be finalised before the end of this year.

Qualification for Buenos Aires 2018 will be completed next year at an event in Umag from June 29 to 30.

Karate will be making its debut on the sports programmes at both events.

The next meeting of the WKF Olympic Planning and Ranking Commission will be held during the Karate 1-Premier League event in Leipzig, Germany, which is scheduled to take place between September 8 and 10.