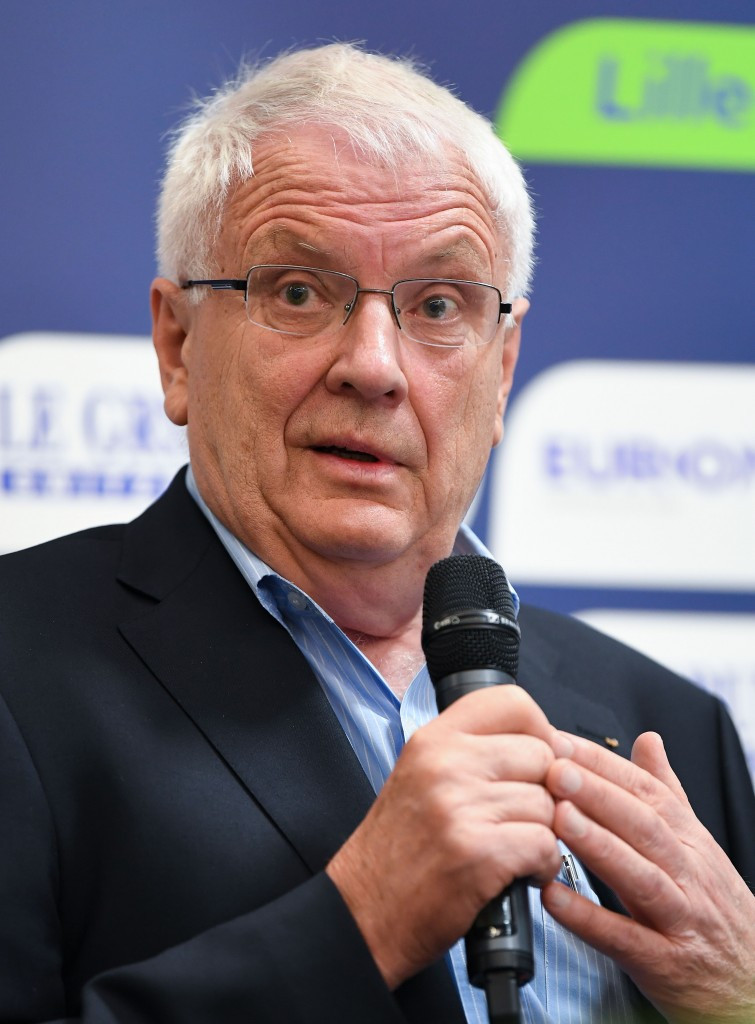 Svein Arne Hansen, the European Athletics (EA) President, underlined here today that the controversial suggestions to annul world and continental records in the sport set before 2005 were now firmly the responsibility of the International Association of Athletics Federations (IAAF) and that any decision on them was not likely at least until the end of the year.

Speaking before the European Athletics Team Championships, which begin today at the Stadium Lille-Métropole in Lille, the Norwegian said the proposals were not for EA to comment on any further.

He added that the governing body had reached a "unanimous" decision with the idea and they had passed these onto the IAAF to consider a final verdict.

“It’s the IAAF ball game now to come further - I can say that we need to have more consultations," Hansen said.

“It will come back probably at November’s IAAF Council meeting in Monaco.

“So we have no further comment – we are focusing now on the athletes who have gathered here.”

Hansen added that the Team Championships, a re-shaped version of the old European Cup competition that have been running since 2009, remained a vital part of the continent's athletics fabric.

“I was involved in organising the 2010 version of these Championships in Bergen and I believe strongly in this competition,” he said.

“It is a great way of offering competition to athletes who don’t usually get to match themselves against the very best."

Christian Milz, the EA chief executive, added: “There has been some innovation this year.

"We will start tonight with heats for the sprints and hurdles and go for a shorter, more compact Diamond League-type programme this weekend, with only finals except for heats of the relays.

“We will not stop here.

"We are going to think about other competitions after the event this weekend, to think about how we can make this event even more attractive and bring more interest to the fans.

"The intention is to discuss this at the next Council meeting."

Thomas Rohler, who began his season by going second on the all-time javelin list with his effort of 93.90 metres at the IAAF Diamond League meeting in Doha last month, is part of a strong German team here that will seek to win back the title it won on the home soil of Braunschweig in 2014 before Russia took the crown a year later as hosts in Cheboksary.

On the subject of re-writing records, the 25-year-old Olympic champion responded: “I have been asked about this rule at every meeting this season.

"I am more concerned about the present and the future.

"Everything that helps us to clean up our sport is something that needs to happen.

"But it is going to be hard to decide what records will be doubted, and which not.”

Rohler said he was also looking forward to next year’s European Championships that will take place in Berlin.

The German capital will host the athletics section of the competition as part of a multi-sport event that will see six other sports - aquatics, cycling, golf, gymnastics, rowing and triathlon - hold their own continental championships in Glasgow.

“The European Championships 2018 are really, really important for all of us," he said.

"It will mean international recognition, and this is what I love.

"We are going to have a new format, and I like the idea of something that looks like a small Olympics.

"I think sports need to come together in this way.”

Competition in Lille will be taking place over the course of three days, with the title set to be decided on Sunday (June 25).