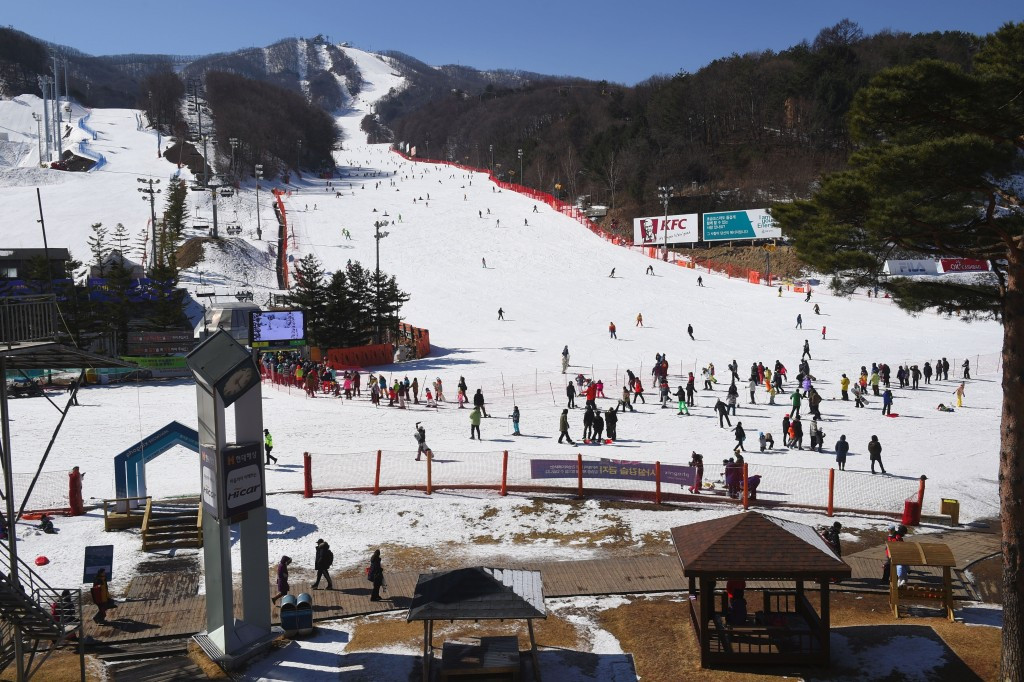 Pyeongchang 2018 will discuss plans for North Korea to stage competition during next year’s Winter Olympic Games following a suggestion from the Government.

South Korea’s Sports Minister Do Jong-hwan raised the prospect working with North Korea in an effort to boost friendship.

The US is activating a missile defence system in South Korea and tightened sanctions against the North in April.

Do stated that he intends to discuss possible ways to ensure North Korea's participation at Pyeongchang 2018 with the International Olympic Committee (IOC).

One idea was for North Korea to host some skiing competitions at the Games.

According to the Korea Herald, he will discuss the possibility of North Korea hosting competitions at the Masikryong ski resort.

Pyeongchang 2018 appear to open to the possibility, with the organisers currently reviewing the plans.

“We are currently reviewing all the ideas put forth by the government and we look forward to discussing this with the IOC during their next visit,” said Nancy Park, a Pyeongchang 2018 spokesperson.

Despite their openness to the idea, it remains to be seen whether Pyeongchang 2018 would make a significant change to plans like this with just eight months to go before the Games, which are due to take place between February 9 and 25.

It is not the first time proposals for North Korea to host competitions at the Games have been mooted, with the suggestion having been raised back in 2015.

The prospect was suggested by Gangwon Province Governor Choi Moon-soon that South Korea’s bitter rival could host some of the snowboarding events in an effort to ease tensions.

This proposal was swiftly dismissed by Pyeongchang 2018, but organisers now appear open to discussing the possibility of North Korean hosting some events.

Do has been quoted by the Korean Herald as saying that IOC President Thomas Bach, who is scheduled to attend the Closing Ceremony of the World Taekwondo Championships, has plans to meet South Korean President Moon Jae-in on July 3.

A North Korean demonstration team from the International Taekwondo Federation will perform alongside the WTF Demonstration Team during both the Opening Ceremony and the Closing Ceremony of the Championships in Muju.

Moon was elected as the country’s President on May 9, after a cronyism scandal led to Park Geun-hye being impeached.

A liberal candidate from the Democratic Party, Moon has pledged greater dialogue with North Korea in a bid to reduce tensions.

North Korean officials have reportedly declared the country's intent to take part in the Olympics after they boycotted the 1988 Summer Games in South Korea's capital Seoul.

Currently, North Korea have not qualified any athletes for the Games, with pairs figure skating representing their only hope.

According to Yonhap, Do has suggested a combined Korean women's ice hockey team to ensure North Korea’s involvement.

Last month, Christophe Dubi, the IOC's executive director for the Olympic Games, claimed the organisation are monitoring the situation on the Korean peninsula prior to Pyeongchang 2018.

He insisted there are no contingency plans to move the Games should matters escalate further.