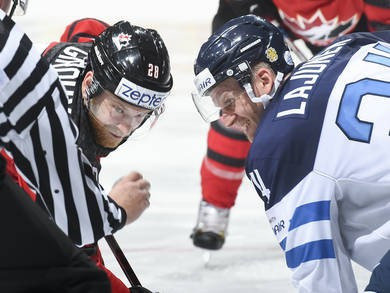 Ice hockey’s annual Karjala Tournament will be expanded to six teams as of this year, it has been confirmed.

The traditional four national squads of the Czech Republic, Finland, Russia and Sweden will be joined by Canada and Switzerland at the 2017 edition in Helsinki from November 8 to 12.

The Euro Hockey Tour event, known as Karjala-turnaus in Finnish, has been held every season since 1995-1996 and is one of the most prestigious annual invitational tournaments for men’s national teams outside of the World Championships and Olympics Games.

This year's event will provide Canada a major opportunity to test players from Europe in the build-up to the Pyeongchang 2018 Winter Olympics, where National Hockey League (NHL) athletes will not officially be allowed to compete.

"The significance of the Karjala Tournament for the teams involved this year is particularly high.

"As NHL players are not going to join the Olympics in February, players from other leagues will give a taste of the Olympics at the Karjala Tournament."

Tickets for the event will go on sale on August 31, the FIHA has announced.

The schedule, meanwhile, is set to be released in mid-August.

Last year’s event was won by Russia, who won all three of their round-robin matches.

Czech Republic were the runners-up ahead of hosts Finland in third and Sweden in fourth.

NHL bosses have said they are not planning on releasing players for Pyeongchang 2018 because of a decision made by International Olympic Committee (IOC) President Thomas Bach not to pay for travel costs to the South Korean resort.

The IOC have paid travel expenses at each Winter Olympics since Nagano 1998, when NHL players first featured at the Games.

IIHF officials have been trying to negotiate with their NHL and IOC counterparts to get players at the Olympics.

Last month, IIHF President René Fasel said the discussions were still ongoing and that a final decision would not be made until July.

However, NHL Commissioner Gary Bettman claimed recently that they were not going to change their mind having confirmed in April that their athletes would not officially be allowed to compete at the event.

Some players, including Russia’s Alex Ovechkin, have said they are considering competing at the Games even if they do not receive backing from the league.