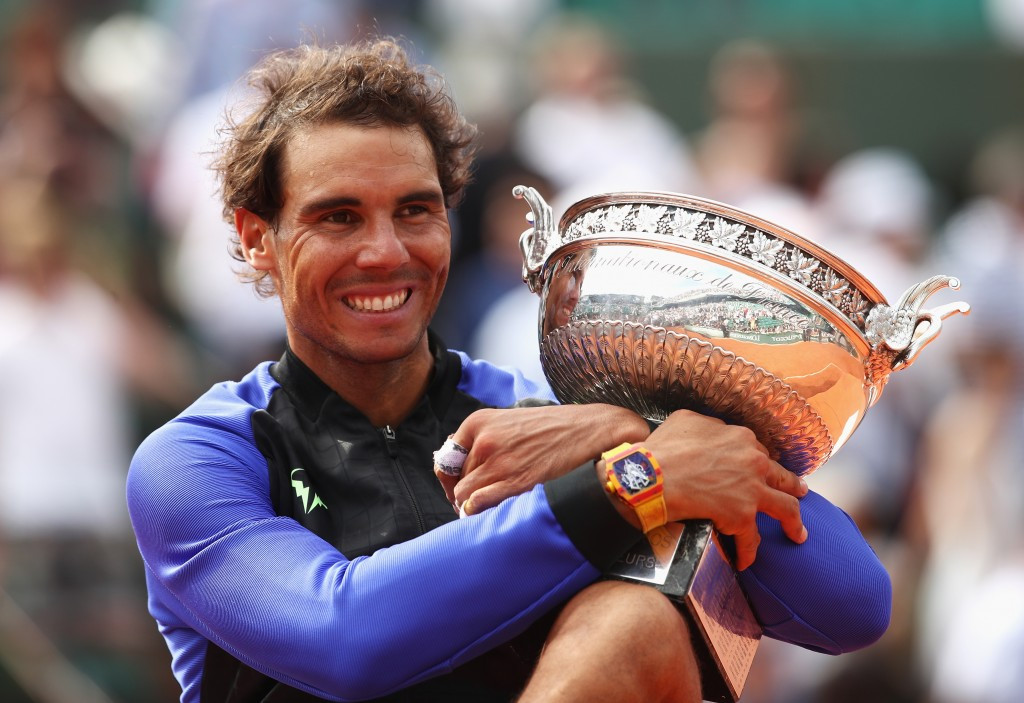 Spain's Rafael Nadal became the first player to win 10 men's singles titles at a Grand Slam tournament after beating Stan Wawrinka of Switzerland in the final of the French Open today.

The 31-year-old claimed a comfortable 6-2, 6-3, 6-1 straight sets win at Roland Garros in Paris to claim the 15th Grand Slam title of his career.

Only Australia's Margaret Court has more victories at a Grand Slam tournament, with 11 Australian Open women's singles wins between 1960 and 1973.

As a result of his latest title, Nadal moves above the United States' Pete Sampras on the list of all-time Grand Slam winners.

He is now second behind Switzerland's Roger Federer, who has 18.

The Spaniard won the title for the loss of just 35 games throughout the competition.

Only Sweden's Bjorn Borg has a better record, as he lost just 32 at the 1978 edition of the French Open.

The defeat was the first for Wawrinka in a Grand Slam final after winning all three of his previous appearances at the 2014 Australian Open, 2015 French Open and 2016 US Open.

“For me the nerves and the adrenaline I feel when I play on this court is impossible to compare to another court.

"It is the most important event in my career, to win again here is impossible to describe.”