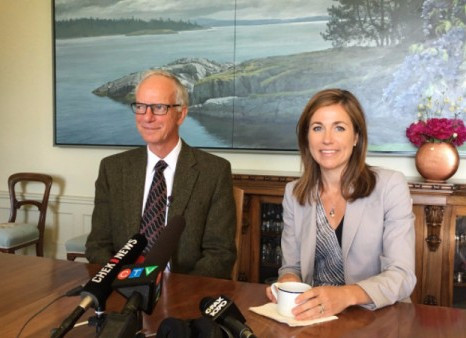 Victoria in Canada has officially announced that it will bid to replace Durban as host of the 2022 Commonwealth Games.

The decision was officially announced by David Black, a businessman and owner of Canada's largest private publisher, Black Press, and Suzanne Weckend, who represented Canada at the 1994 Commonwealth Games in Victoria.

That was the last occasion the event was staged in Canada.

"We think we have a pretty good shot here...it’s Canada’s turn," Black, chairman of the fledgling Bid Committee, said during a launch at his home in Victoria, according to the Times Colonist newspaper.

"There will be huge benefits for us if we win and very little cost."

Victoria has sent a letter of support to the Commonwealth Games Federation (CGF) signed by most of the region’s Mayors, and the British Columbia Liberal Party last month included the Games in their election manifesto.

The bid process for the 2022 Commonwealth Games was re-opened in March following the decision to strip Durban of the event after they failed to provide the necessary financial guarantees.

Toronto, who had already expressed an interest in replacing the South African city, withdrew after a report prepared by the city's Economic Development Committee warned about a supposed lack of support from Federal and Provincial authorities.

Birmingham and Liverpool in England have both expressed firm interest, as have Kuala Lumpur, Malaysia's capital which staged the Commonwealth Games in 1998, four years after Victoria.

Adelaide, Melbourne, Perth and Sydney in Australia have also revealed they may be interested.

Black claimed that Victoria would use the Games as an opportunity to improve sport facilities and build new housing in the city.

He promised they would propose a practical and modest budget.

The majority of funding would come from the Federal and Provincial Governments, with the rest generated from advertising, sponsorship and sales.

A delegation from the CGF visited Victoria last month to carry out a preliminary inspection of its facilities.

"We have a lot of facilities in place, which we think reduces the capital costs," Black told the Times Colonist.

"The contribution requirement for taxpayers will be quite small.

"But the legacy for Victoria will be tremendous, much higher than the last time around."

It would provide 2,000 more beds for students after the Games.

Victoria is also hoping to build about CAD$80 million worth of low-cost housing downtown that would be used for technical officials during the Games.

"We’re in desperate need of a lot more housing in this community so all of this will help Victoria a lot," Black said.

When Victoria hosted the Games 23 years ago 2,500 athletes from 63 countries and territories took part in 10 sports.

At the last Commonwealth Games, in Glasgow in 2014, nearly 5,000 athletes from 71 countries and territories competed in 18 sports.

"The Games have doubled in size and we think we have some creative ways to deliver the facilities that are required for a high-performance, multi-sport event," Weckend, who also represented Canada in the triathlon at Melbourne 2006, said.

"CGC looks forward to working very closely with the City of Victoria’s Bid Committee, and the BC and Federal governments, over the summer months to develop and submit a winning bid.

"A winning Bid that aligns with, and moves forward, the Commonwealth Games Federation vision of a peaceful, prosperous and sustainable Commonwealth."

It is expected that the CGF will choose a host city in the autumn.