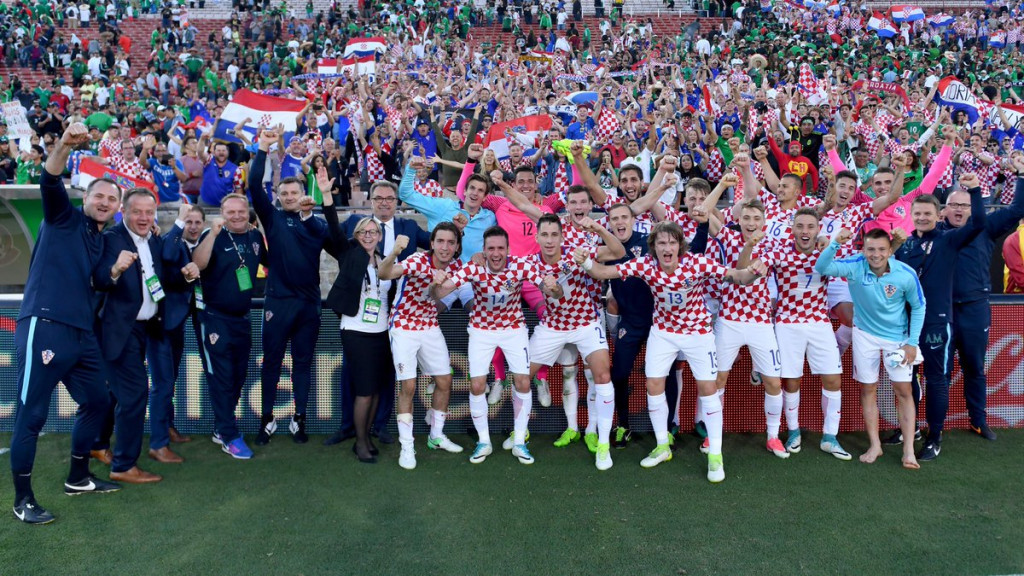 Los Angeles 2024 have claimed an international football friendly between Mexico and Croatia staged at the Memorial Coliseum was a "celebration of our city’s unity in diversity".

The match, which took place on Saturday (May 27), took place at a venue which forms a key part of the city's bid for the 2024 Olympic and Paralympic Games.

Goals in the space of two first-half minutes from Duje Cop and Fran Tudor had given Croatia a comfortable 2-0 lead.

That was how it stayed until Bayer Leverkusen striker Javier Hernández scored what proved to be a consolation with three minutes remaining.

The nation's next friendly, against Ireland on June 1, is scheduled to be held at the MetLife Stadium in New Jersey.

"Saturday’s match was a celebration of our city’s unity in diversity, as well as Angelenos’ unrivaled passion for live sport," Los Angeles 2024 vice-chair Janet Evans said.

"As an athlete, competing in an iconic setting like the Coliseum in front of a tapestry of welcoming fans is nothing short of a dream.

"The Coliseum’s festival-like atmosphere is a perfect example of the passion, excitement and inspiration the City of Angels would offer the athletes of the world, as well as the broader Olympic and Paralympic Movements in 2024.”

The game was held after Los Angeles Mayor Eric Garcetti revealed they were considering holding football preliminary matches in Mexico should they beat off competition from Paris in the race for the 2024 event.

Garcetti announced his plan at the end of the three-day visit of the International Olympic Committee (IOC) Evaluation Commission earlier this month.

He said it would send a "strong message" of North American solidarity.

Diplomatic relations between the US and Mexico are strained following the election of Donald Trump as American President last November.

Building a wall along the US-Mexican border in a bid to curb illegal immigration was a key electoral pledge made by Trump.

The Coliseum will host Opening and Closing Ceremonies, as well as Olympic and Paralympic athletics, if Los Angeles is chosen to stage the 2024 Olympics and Paralympics.

The venue, which hosted the Opening Ceremony and track and field events at both the 1932 and 1984 Games, is set to undergo a $270 million (£210 million/€242 million) renovation, beginning next year.

A host city is due to be chosen out of Paris and Los Angeles at the IOC Session in Lima on September 13.

It is possible that one of the two cities could also be awarded the 2028 edition in the Peruvian capital.