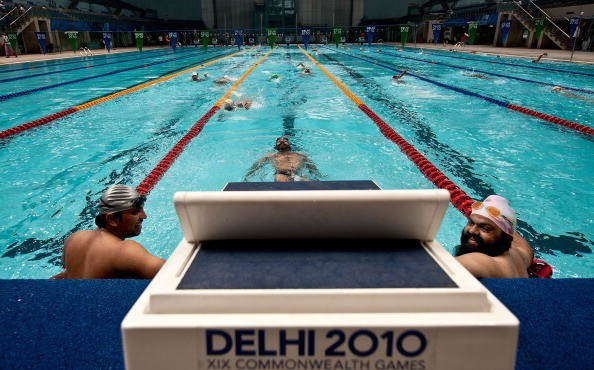 The Organising Committee for the 2010 Commonwealth Games in New Delhi has been ordered to cease operating by the Indian Government 12 years after being formed.

The decision to disband it has been taken even though it is reportedly still facing 42 cases of outstanding payments, adding up to around Rs700 crore (£84 million/$109 million/€96 million).

Dissolving the organisation is primarily a means to avoid expensive operational costs, including the salaries of all staff members and legal fees.

The decision was made following an intervention from the Prime Minister's Office, the newspaper said, and has been approved by Sports Minister Vijay Goel.

A month's notice has been issued to all staff.

Responsibility for meeting outstanding payments will be transferred to the Government.

"But the arbitration process has been long and the costs were adding up.

"Also, we do not know how long these cases will last, so, it was decided that they will be taken into the Government fold."

Delhi 2010 was overshadowed by organisational and corruption problems.

The official, also President of the Indian Olympic Association from 1996 to 2012, was charged with conspiracy, forgery and misconduct under the Prevention of Corruption Act but is yet to face trial.

The Committee was originally due to be wound-up in March 2011 but remained active due to the legal cases.

It is usual for Organising Committees to be dissolved within one or two years of a Commonwealth or Olympic Games being declared closed.

In India, however, the process has been historically slowed and, according to local reports, the Organising Committee for the 1982 Asian Games was only formally disbanded in January 2016.

India has announced plans to bid for the 2030 Asian Games using many of the venues left over from Delhi 2010.

The Organising Committee for last year's Olympic and Paralympic Games in Rio de Janeiro is due to be "downsized" later this year but not completely dissolved because they too have outstanding debts.