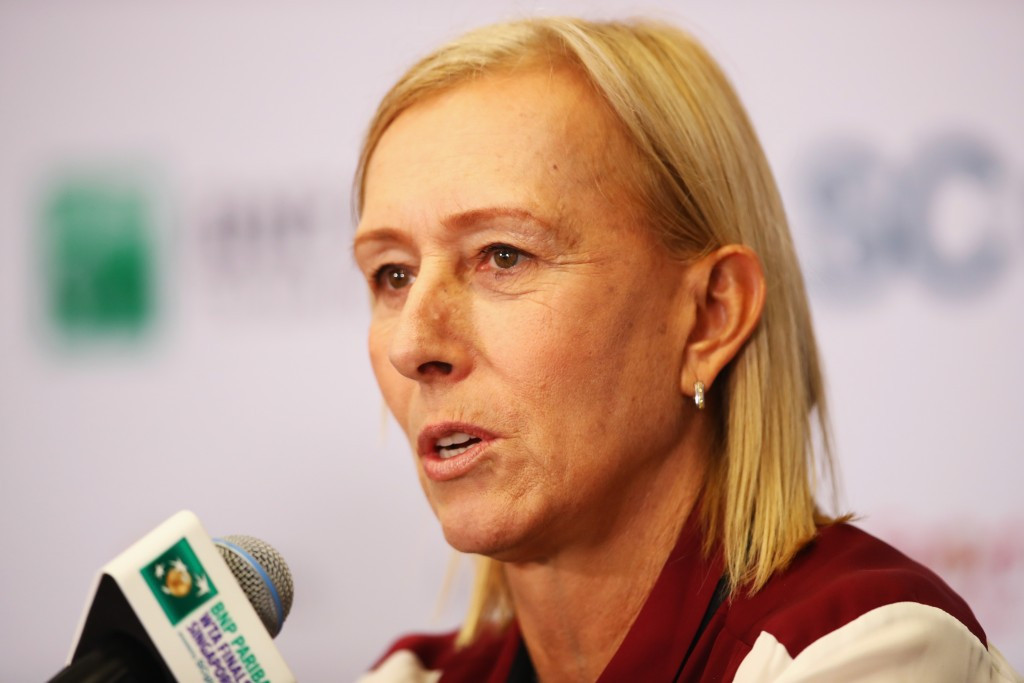 Tennis legend Martina Navratilova has defended Maria Sharapova and hit out at the Russian's critics following her return to the sport after serving a 15-month drugs ban.

The 60-year-old, who won 18 Grand Slam singles titles and is widely regarded as one of the greatest of all time, said it was "time for the players to lay off Maria".

Sharapova has been criticised by a number of players on the Women's Tennis Association (WTA) Tour, while men's world number one Andy Murray has also offered his opinion on her comeback.

"I think it's time for the players to lay off Maria," Navratilova said on Twitter.

"She made a huge mistake, paid dearly for it, 'done the time' and now let's play ball."

The five-time Grand Slam champion was labelled a "cheater" by Canada's Eugenie Bouchard, who beat Sharapova at the Madrid Open earlier this week.

Others, including former world number one Caroline Wozniacki of Denmark and Poland's Agnieszka Radwańska, have questioned Sharapova being given wildcards for major tournaments.

The Russian, who served a 15-month suspension following a positive test for meldonium at last year's Australian Open, was granted entry to the Porsche Grand Prix last month, where she lost in the semi-finals to France's Kristina Mladenovic.

Competition organisers even moved her first round match to April 26 - the day her ban ended.

Sharapova was also given a wildcard for the Madrid Open, which concludes on Sunday (May 14).

Reports in The Times earlier this week said she may also be allowed to compete at the Aegon Classic in Birmingham in June.

They claimed the Russian will be given a space at the tournament, being held at the Edgbaston Priory Club between June 17 and 25, as the organisers, the Lawn Tennis Association (LTA), will give her one of the four wildcard slots available.

Sharapova's current ranking of 258th in the world was too low for automatic qualification, with the deadline passing last Monday (May 8).